Everyone who’s in involved in the musical universe in whatever way has this story. One that talks about how they got into the world of sound as a child. Some will tell you about their older brother or sister. Others will brag about the seven instruments they started playing from an early age on (sorry for the slight sarcasm here which is likely to derive from the failed attempt of my parents trying to send me to piano class when I was five). There are these tales of people who started rocking the decks at the age of nine in their children’s room. And there’s the classic story which is revolving around a house filled with music: a fruitful early education driven by parents who are naturally passing on their love for music to their offspring.

The latter of these versions would be most suitable to introduce Gropina. The major difference is that it was two well-known pals of his parents — Roberto and Ricardo — who mainly influenced him and his path in music. Which led him to be part of Paesaggi Records and working on his unpredictable and somewhat peculiar productions at his studio in Amsterdam-Oost today, devoted to always stick to a certain level of DIY.

Now imagine a scenery in Tuscany, Italy, sometime mid 90’s: a house with an open door for friends from all over the world who are staying over for deep conversations, good wine and enjoying music together. Regular parties at a fireplace in the foggy Tuscan mountains and your parents best DJ friends playing UK acid psychedelics and progressive house from Italy. Well, if we would be able to choose our musical education childhood story, I wouldn’t say no to this version. 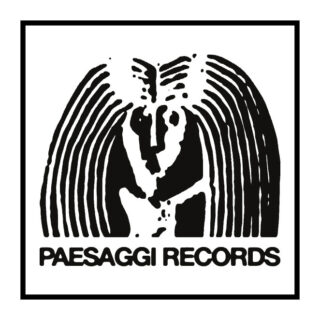 Most music heads have a childhood story about how they got into music. What’s yours?
I’ve always been familiar with the atmosphere of a party. My parents were travellers in the 80’s, going to India and later to Brazil. In our countryside house, people from different parts of the world were coming and going all the time. I remember these parties with an outdoor fireplace. Sometimes there were bands playing in the living room and quite some people were showing up. Basically, there was music playing 24/7. To give you an idea of the vibe: I remember lots of brazilian stuff, some funk, trip-hop, Kruder & Dorfmeister, Deep Forest, some acid jazz. Among those people who were regulars there were these two guys that came to influence me. One was Ricardo, a friend from Argentina who was living with us for a couple of years. He was often the person in charge of the music and somehow left a mark on me. He had a very fine taste. The other person was Roberto, a progressive DJ who has been very active in the area. The first time I put my hands on a pair of 1210s was because of him. He was into psychedelic UK dance music and was part of the remains of the Tuscan progressive scene.

How did Ricardo and Roberto influence you exactly?
When I was around fifteen, I worked in a restaurant all summer long by helping an old pizza maker. It was also a beer place. On the weekend, after dinner, the staff would remove the tables and parties got started. Both Roberto and Ricardo were DJing and organizing parties there occasionally. At the end of that summer, with the money I made I could buy my first pair of Technics and a mixer. I’m still in touch with both of them today. We exchange music and sometimes reminisce about the old times.

“I’d like to see projects less business-oriented and ideally being started for the right reasons.”

You’re based in Amsterdam, a city well-known for it’s highly connected and passionate dance music scene. How is it going right now?
Currently Amsterdam is in lockdown. During the pandemic, some seeds have started to flourish though. A few radio stations are up and coming. This is a positive factor because it enriches the scene’s landscape within the city. However, my friends and I have been often discussing a missing space and the urge to fill this void up. I’d like to see projects less business-oriented and ideally being started for the right reasons. This is certainly not easy in a city like Amsterdam, considering you also need the means to do it. That’s why I’m inclined to think that the most proper way of making it happen is to put a collective effort over an individual one. The truth is that the whole city over the years became even more „sanitized”. As a result, prices go up and it gets harder to find affordable spaces. In this environment, it becomes harder for niche initiatives to thrive. Let alone the pandemic. Let’s see what will happen in the future.

You’re running Paesaggi Records, which is operating between Amsterdam, Berlin and Tuscany. How did everyone organizing the label meet?
We all knew each other before Paesaggi Records started. We come from the same area in Tuscany. Gianlu Bonci still lives there with his family. Despite Alessio (WUTU) living in Berlin and me living in Amsterdam, we are still very attached to our country. We have been passionate about music for a long time, and we know each other due to all kinds of music related stuff. What we share is that we’ve all been in some way involved in the local scene back home. 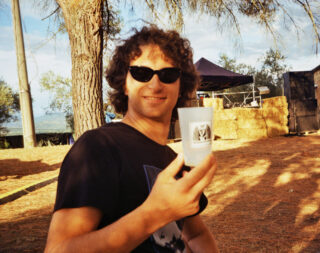 Speaking of interconnections: What’s yours to Berlin, Tuscany and maybe even Hamburg, the hometown of TISSUE?
I love Berlin and I try to go there as much as I can. I got some friends there and, as I mentioned already, Alessio is living there. Back in October we actually put up an intimate release party for the latest Gropina record at Arkaoda. It was good fun! The next day we went to play records with Alessio at CURA Berlin for a collective called „Melantónia”. They invited us to play the ambient room. It was cozy and we felt comfortable choosing whatever music we wanted to. About Tuscany: It’s my home ground and it’s a beautiful place. I really love it there, especially the landscape and nature. I have passed through Hamburg a few times but never stopped there. I heard good things about the city, also about the Golden Pudel. I would love to get a chance to visit someday!

Your mix for TISSUE starts with calming IDM pieces, until it’s heading into a rather deep and proggy direction. Overall, there’s a noticeable rise in intensity, but not really in speed. Is that your usual way to approach a mix?
I don’t have a formula, but I usually like to start very slow and calm, just to make myself comfortable, allowing myself to get into the mood. There is a lot of great music in that area. I guess to a certain extent I also like to feel soothed. I can stand faster stuff too, but I prefer to get there slowly.

In 2021 you released your sold out EP “Microcosmo” on Paesaggi. What’s next?
We are planning to start a sublabel project focusing on reissues. It will be called „Presagi”, which means „omens” in Italian. We thought it makes sense to have a different output for older material and keep Paesaggi Records consistently sticking with original music. The first release will be a record from an artist and performer called Laurie Miller. She was part of a band called Exposé active in the 1980s within the US. As a solo project, she made a record in 1986 which is called “Love Is A Natural Magical Thing”. We just went into production only now, as we had a huge delay due to the whole covid situation. Hopefully, it will be out before summer. I’m very much looking forward to that one!

“Gropina represents all the people I can be, all the masks I can wear.”

What are you missing most about playing regularly in front of a real crowd?
If the crowd is open-minded and receptive and there is good communication, then is one of the most rewarding things to do. There is something primal about it. And there is something more than only doing it for fun, something deeper. A sense of profound (ephemeral) realization.

How did you come up with your name Gropina?
Gropina as a word seems to be coming from Krupina that, in Etruscan language, means „people”. It represents all the people I can be, all the masks I can wear. Gropina is actually a small rural village, next to where I grew up. There are a bunch of houses on the top of a hill and there is a Romanesque church. Regardless of the fact that I don’t have christian beliefs in the traditional sense, that church is a place where I used to go for long walks with my father during my childhood. The symbology in that church is peculiar, because it mixes early christian iconography with pagan elements. You can still see a lot of references to nature and animals. When I started to make music, I did not want to use my name because there would be no escape. Gropina kind of represents my sanctuary.

What’s your biggest wish in 2022 for the world?
It’s kind of a broad question but what I can say right now is that I would like to see more social justice and decommodification trends instead of utter commodification. I would like to witness an inversion of tendency where we see more substance over superficiality, where quality goes over quantity.

… and for yourself?
Regarding the dream for myself, it would be already enough to have the peace of mind and more time to focus on my music rather than feeling a constant sometimes overwhelming economical pressure and having jobs that, to be honest, most of the time are vacuous and suck out all your energy. 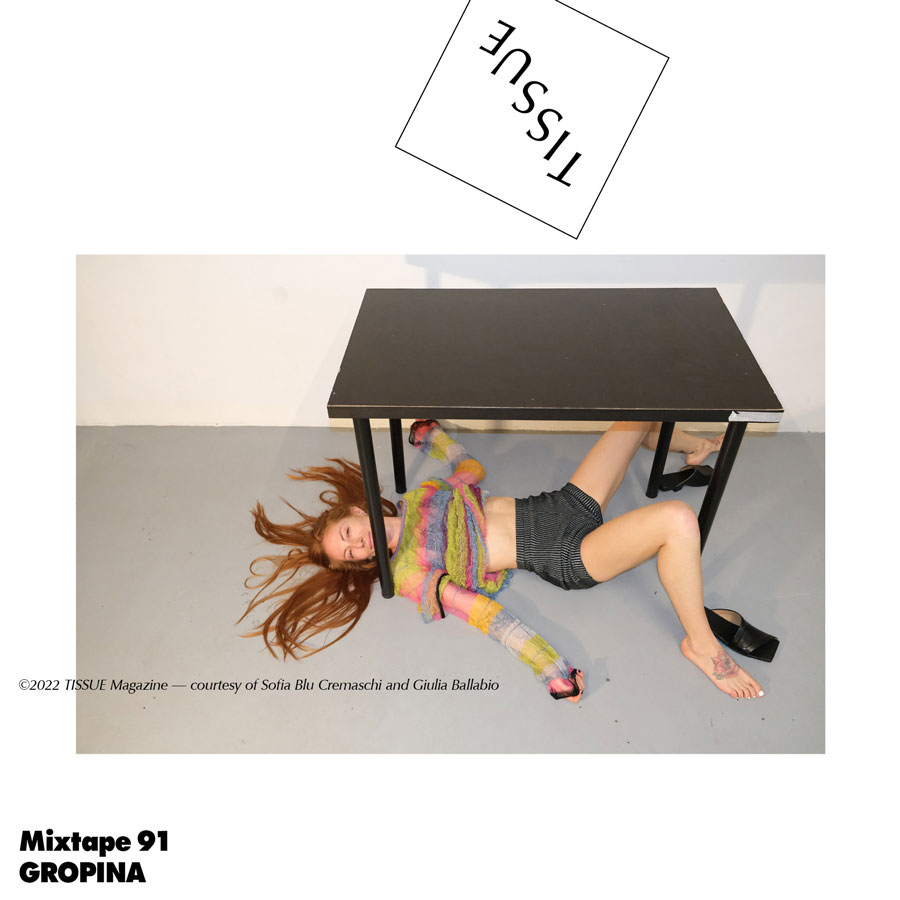