Ring ring! Or should we rather say beep beep? Actually you can’t receive calls with a pager. But who needs to talk while the music is playing anyways? Still, we had a little chat with Phil Evans, who’s not only running Pager Records alongside Markus Sommer, but is also sharing the decks with his partner in crime regularly at Offenbach’s sweet spot, Robert Johnson. Besides this, the Frankfurt-am-Main-based DJ has also put out a few EPs so far and has even made his first steps in producing soundscapes for the theatre.

Born and raised in Mainz near Frankfurt, Phil Evans would have almost been moving to Hamburg at some point in his life. „After I finished my apprenticeship at Freebase Records… But I chose to stay in Frankfurt in the end.” We don’t wanna say that we wouldn’t have been happy to welcome Phil over to join our cozy little Hamburg scene, still it might have been a good idea to stick to his roots.

Why’s that? Because you can definitely hear that special Frankfurt foot print when listening to his mixtape – which is actually a set that was recorded at the party series „Hakoya”, which is taking place in Japan, to be precise: Tokyo. A city, that we at TISSUE took a shine to for a long time now (Hey there, Sister Tokyo!). At Hakoya, Evans cooked up a mixture of the typical Frankfurt-infused minimal sound (sexy!), quirky and percussion-driven US House cuts plus some bits and pieces of bouncy Future Tech, that, when you listen to it, makes you wish you would have been there too, joining the party and getting a lesson in Sound of Frankfurt over in the buzzing capital of Japan.

You’re running Pager Records together with Markus Sommer. How did everything start and what’s gonna happen in 2020?
Markus and I got to know each other through regular visits at Freebase Records some time around 2014/15. We had the opportunity to listen to our own productions via the store speaker system and found out that we had a similar style and vision. So one thing led to the other and we started to hang out and make music together at Zollamt Studios, where we created „Clementine Mona Lisa EP“, the first release we put out via Pager Records. The funny thing was that it took us only a bit more than one week to finish the record, which already proved back then that we were clicking pretty well immediately.
Thanks to Benjamin Stager’s launch of Oval Distribution and his trust in us and our first EP – our very first release came out on his imprint Sensual –, we already had it all in place and just went with the flow from there on. After a little break releasing records on Pager, we will pick it up again this year with some nice records coming through and of course throwing parties at Robert Johnson. 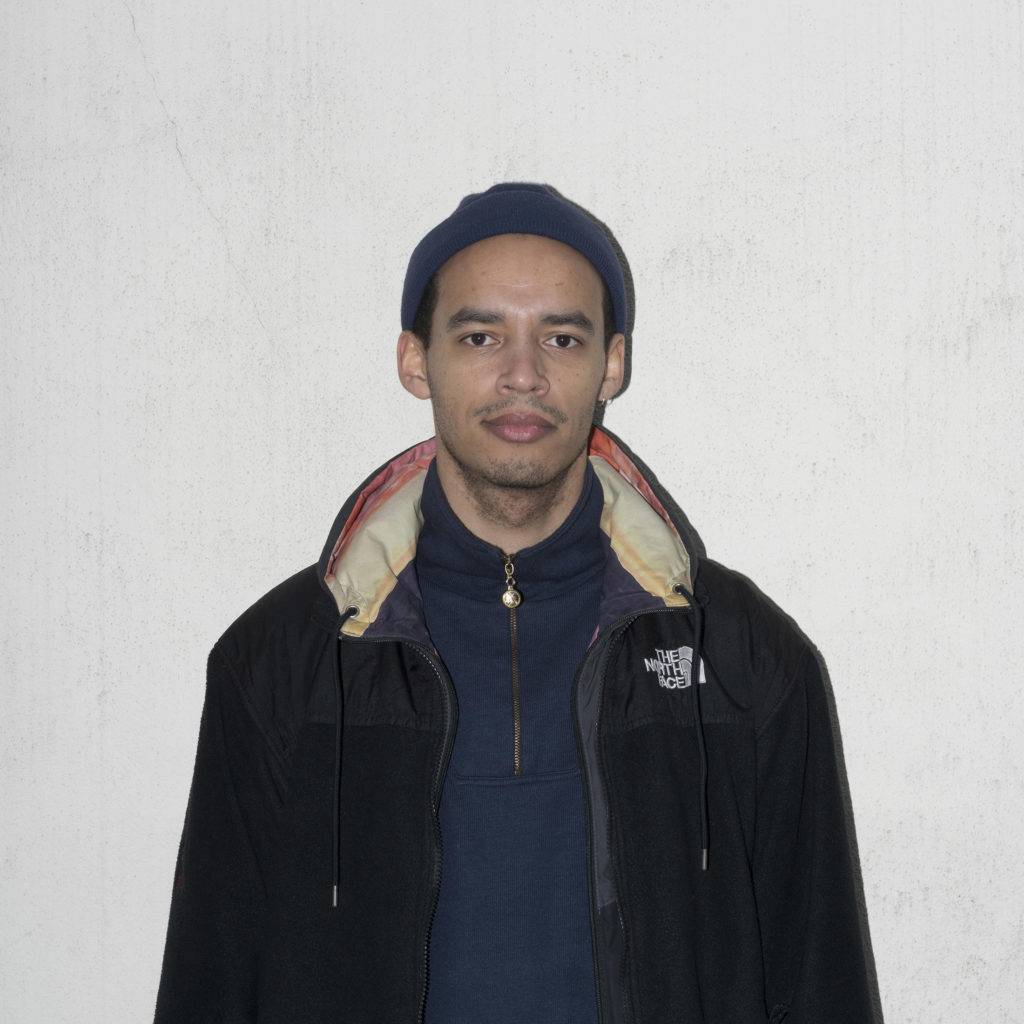 Your TISSUE Mixtape was recorded at a party called Hakoya in Tokyo. How came you played there? And how was the rest of that trip?
I played in Japan together with Philipp Boss two years ago, where we got to meet Hisashi, who was one of our hosts and playing with us at Solfa in Tokyo back then. We had a really nice time together, remained friends since then and so Hisashi asked me if I would like to play for a new party series called Hakoya, which was formed by him, Ryokei Kato and Riku Sugimoto. A little tour was arranged by another good friend, Kazu, including stops in Osaka and Seoul, which was a very nice experience for me. I bought loads of records there and had the best food everyday (I love Asian cuisine) and the most kind crowd surrounding me, which made each one of these gigs very special. Thanks again guys! You know who you are.

»All genres can be inspiring and refreshing. My main focus is to create a vibe on the dancefloor.«

Being a DJ, at some point it feels like you need to decide for a certain sound that promoters book you for. Would you say you found that particular sound? Or do you give a damn about such decisions?
I think it’s difficult for me to say that I’m standing for one particular sound as I like US House and Techno at the same time, but I also like German Minimal or Minimal in general. Still, I also feel attracted by other music that I can’t and don’t want to pigeonhole. In the end I would say all genres can be inspiring and refreshing and my main focus is to create a vibe on the dancefloor.

Frankfurt is blessed with one of the best clubs in the world. But there is also many other great stuff going on. Tell me a bit about nice other spots you’d suggest to see or things to do at the moment.
I would say clubbing-wise, besides Robert Johnson, there’s Silbergold, which is a nice little student club with a Funktion-One sound system. So you can surely blast out your favourite tunes in front of a totally mixed up and joyful crowd. There are also some new venues with a different focus popping up in Frankfurt like Kulturquartier, where you can have fun of all kinds like painting (for beginners) or just have a chill night out with brilliant acoustic music like for example Gnaoua, a genre that is all about really nice Morrocan Folklore.
For grabbing some food, I would always recommend Cimino in Bockenheim or, if you’re looking for actual, but nice German cuisine, you should definitely check out Mosebach.

What’s up next for you concerning releases and gigs?
Recently, I joined Solid AM, a Berlin-based booking agency, so there will be some gigs coming up in the near future. I’m also working on writing music, which really makes me happy. One piece which will see the light of day very soon is a remix I made for Ewan Jansen.

Any other 2020 visions?
Besides making more music again and keep on djing, I hope that I’ll get the chance to create some sound design for the theatre again. I had my first multidisciplinary experience in December 2019, when I made the score for a dance choreography called „Körper an Körper“ at Gallus Theater in Frankfurt. It was in cooperation with the two choreographers Richard and Amelia. That was really refreshing and eye-opening for me, musically.

Introduction jingle by Harmony Horizon
Words by Nadja Preyer
Cover art by Dopiliensi-Nadian, excerpt taken from „BUT IN THE META TOWN NO.“ as featured here
Portrait by Bela Feldberg
Please note: Big servers and streamed data are eating up energy. And our planet. So do the world a favor: Download the mix and play it on your own device. Keep mother earth alive. Thank you.