There are these things that somehow always come back to you: be it your clingy ex, that saccharine pup that fetches sticks like a lunatic or Acid Pablo and his crew named Boomerang. Painting the town red for a while now, the collective is providing Hamburg with properly entertaining content. Even though it´s „just a party“ in the first place, Boomerang is deeply rooted in the city´s underground scene. Acid Pablo and his buddies Noah Moerbeck, Jacob Knob, Moritz Haas aka Europa (keep your eyes peeled) and Lars Witte, who created the installation on the cover artwork, usually hang around at the notorious skateshop Lobby. Hanging around doesn’t sound like a big thing? Well, if you can put one and one together, you know that this synergy must lead to some real good stuff – to give a broad hint. Just stay in touch with TISSUE to solve the riddle soon. 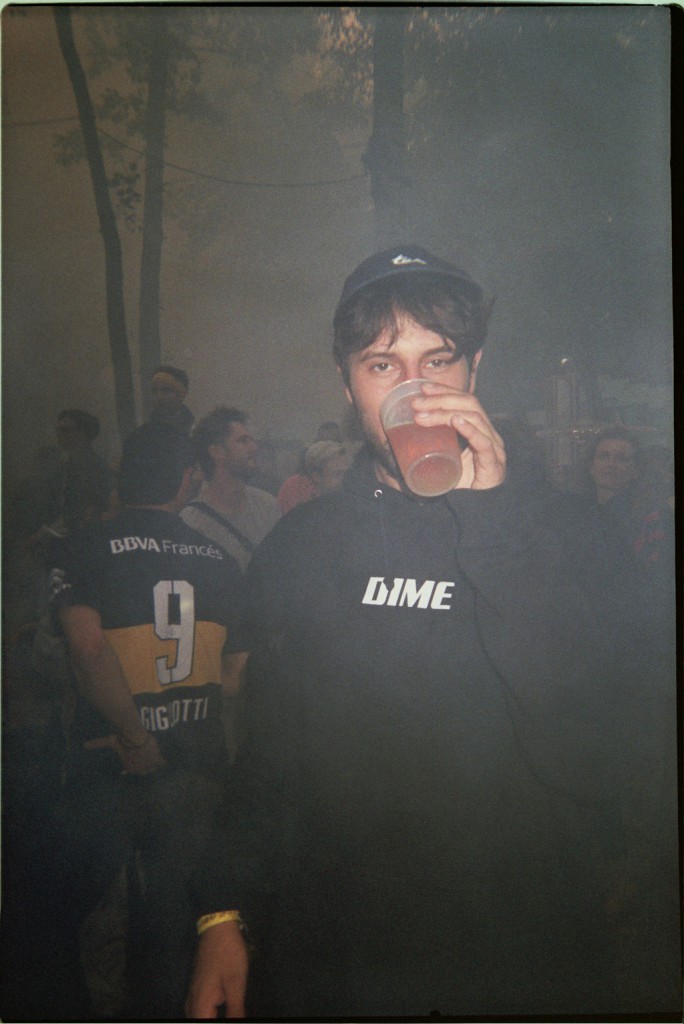 For TISSUE Magazine Mixtape 53, Acid Pablo melted together a buttery mixture of crisp house tunes and fresh breaks. Deeply spaced-out, warm and groovy. Expect that his two-hour-trip is gonna take you somewhere: his buildup is well thought out, just as his selection: soft, gentle, and a bit sentimental. 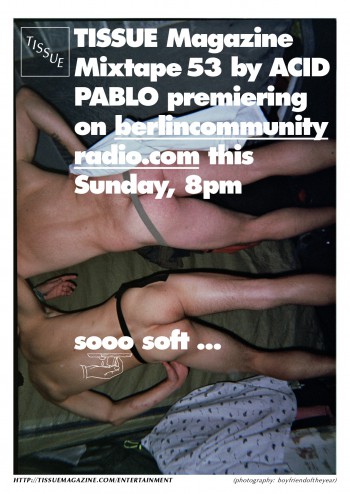 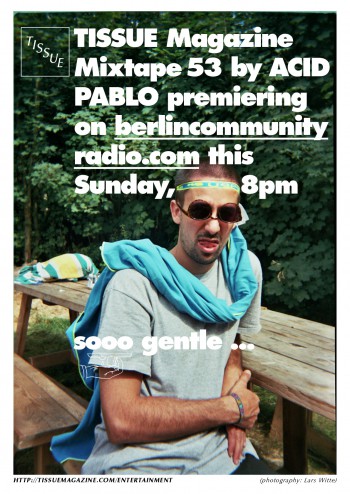 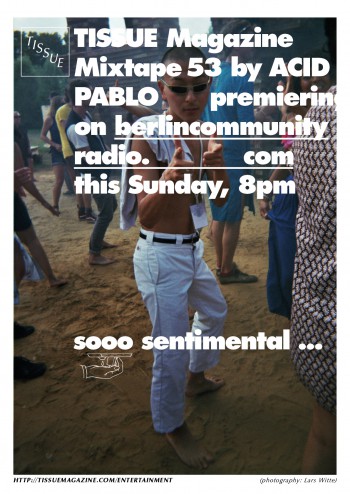 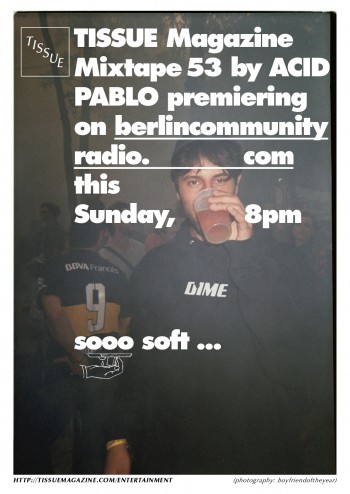 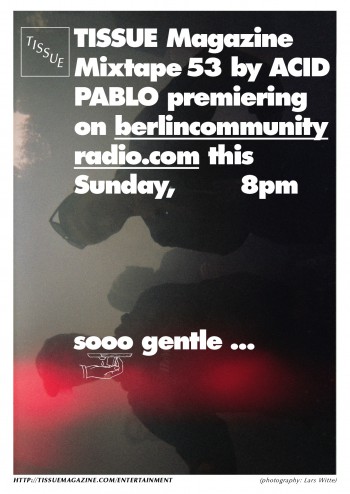 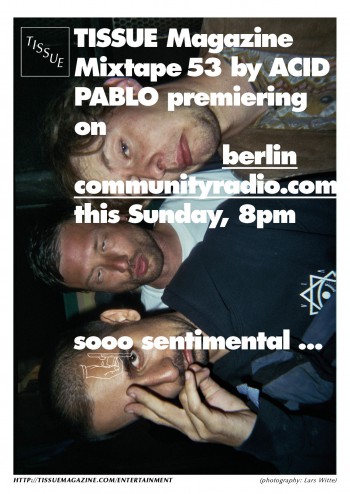 All photos were taken at Garbicz Festival 2017 by Lars Witte, who also produced the sculpture on the mixtape cover.