11schnull is pronounced “eins-eins-schnull.” This plain, language-based info might seem a bit trivial first. It’s a side note that shouldn’t be skipped though, as it’s important for understanding A. the headline of this story and B. where 11schnull is drawing his creative energy from. Described in his own words, 11schnull “sounds a bit like 1-1-0, which is the phone number of German police, but way more stupid.” The German word for police is “Polizei.” Long story short: 11schnull and his productions are all about ACAB — All Creativity Arises from a Beautiful name.

Born, raised and based in Hamburg, he wanted to become a surgeon when he was a child. Instead of cutting flesh and remodelling bodies, he got into beatboxing and producing hip hop beats at the age of 13, co-organised a club called Vanessa16 in 2017, released a track with Baxmann on Jensen Interceptor’s International Chrome label in 2020. Now we’re here with a mixtape strictly containing tracks produced by himself. Amen.

If you want to understand the headline of this story, get a copy of 11schnull’s Imperia EP that came out on his own label Mantra Mantra in 2019. The fourth track on the vinyl edition called Polizei will tell. 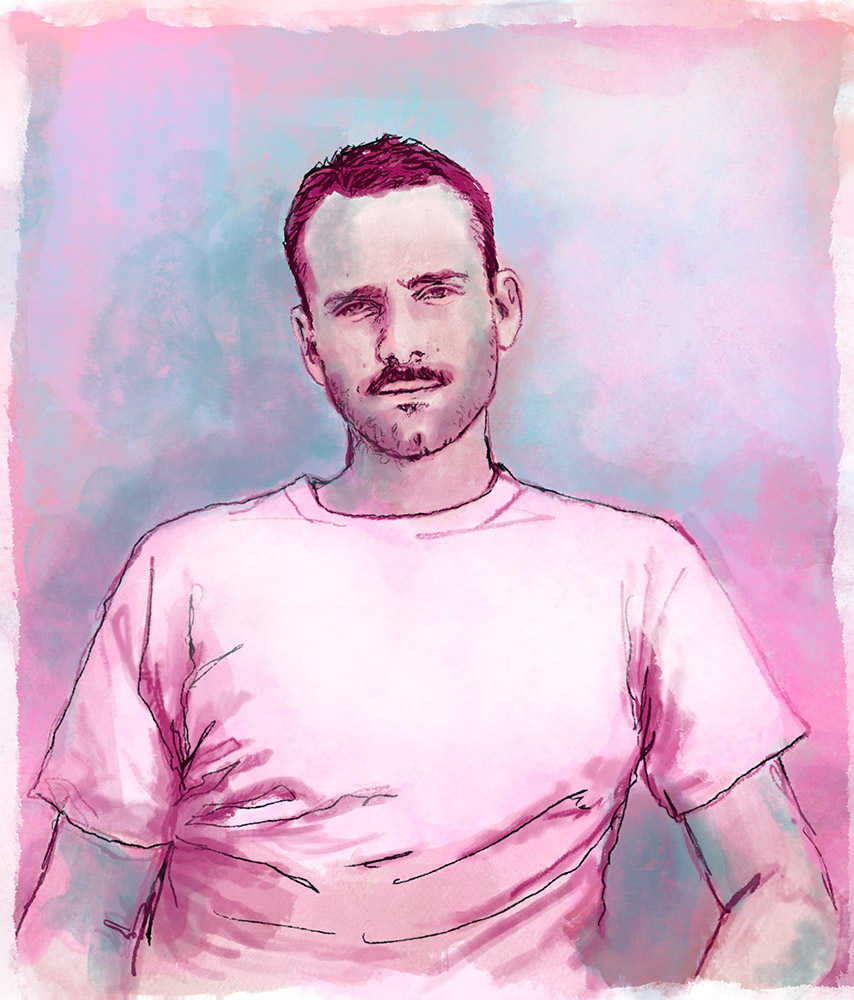 How would you describe your style as a producer?
I started producing hip hop beats when I was 13. Probably because I was also listening to a lot of electronic stuff like drum’n’bass back then, my beats always had an electronic touch. I can’t really describe my own style. I think I like the combo of dark sounds, harsh drums, melancholic harmonies and a tiny little touch of happiness trying to break through it. However, there are no strict rules that I stick to and I’m always looking for new ways to develop.

When did you start DJing?
At the age of 13, I was totally hooked on beatboxing. My older sister had some friends who were around 20 and who were rapping and throwing hip hop parties. In fact, my sister asked them for me if they would be interested in having a beatbox act. Eventually, they let me perform at one of their upcoming concerts without even listening to my stuff beforehand. It went well and so I became a regular part of their shows. Pretty soon I started making beats for them, got interested in DJing and bought my first setup: two shitty reloops and a battle mixer.

“I’m a big fan of listening to mixes, but I’ve never been very keen on making them.”

Any fun story from back then?
A bit later, when I was 16 or 17, me and a few friends used to play at school proms and similar events from time to time, in order to earn some money. Once, we ended up in a location called SehSie, a large disco in the outback of northern Germany. It looked like a giant strip club, with stainless steel and mirrors everywhere. We played some hip hop and R’n’B there. Behind our DJ booth there was a screen of 4×3 metres on which (fortunately without sound) the recording of an Andrea Berg concert was displayed on a continuous loop, running over and over, all night long. The club owner wanted it that way. It was hilarious.

Your TISSUE mix is made up of five 11schnull tracks, exclusively produced for our mixtape series. How did the recording process look like?
I’m a big fan of listening to mixes, but I’ve never been very keen on making them to be honest. Most of the time recording a mix feels a bit too serious for me compared to playing for people at a party, which I really love doing. That’s why I thought it would be a nice task to produce some tracks exclusively for my TISSUE mix. I would love to be able to tell a deep story of inspiration behind it, but the only inspiration was actually a fixed BPM value of 130, which I settled on after I recorded the first track. When I got into the swing of things I just kept going until I ran out of time. Eventually, I wrapped it up already at 17 minutes and 44 seconds. But I really had some fun sessions and it was a nice experience working against the clock, which is something I’ve never done before. I didn’t have the intention of doing an EP in the beginning, but because of it’s length, it could be a nice idea for a vinyl release. Let’s see.

“I always had a great desire to make music after I went to a proper party.”

You were producing these new pieces during COVID-19. How did the pandemic influence how you feel about producing music?
It feels even more lonely now, hehe. I usually get a lot of inspiration from going out. Not only in a musical sense. It’s more the feeling and impressions you get when you’re at a rave or something. I always had a great desire to make music after I went to a proper party the weekend before. So maybe it was harder to be motivated here and there, but I produced some stuff, so it’s all good.

You’re label is called Mantra Mantra. Who are you running it with and when did you start it?
My good friend Tim Burchardt and I have been running the label since 2019. We just wanted to have some kind of platform that gives us the opportunity to just do what we want. We’re keeping our minds completely open concerning our approach to it. Tim is an artist and a total jack of all trades. Besides the artwork for the label he does all other kinds of artworks. We just try to bring together what we like to do in order to produce some nice stuff. Some sort of red thread is that every EP comes with some kind of design object. For the Imperia EP it have been hand-made candles. It’s been a bit quiet lately, but now we’re back at it.

What does MANTRA MANTRA mean for you?
As most people probably know, the word „mantra” has something to do with rhythm, repetition, spirituality and energy. I’m neither super spiritual nor a believer, but I like the whole story behind it and it’s somehow fitting for what we do. „MANTRA MANTRA” is something like a repetition in a repetition, which kind of makes sense and at the same time not al all. I guess in the end I just like the way it sounds.

What’s your biggest 2022 wish for A. the world?
Tough one, maybe some kind of a great awakening or something.

… and B) yourself?
More sleep. 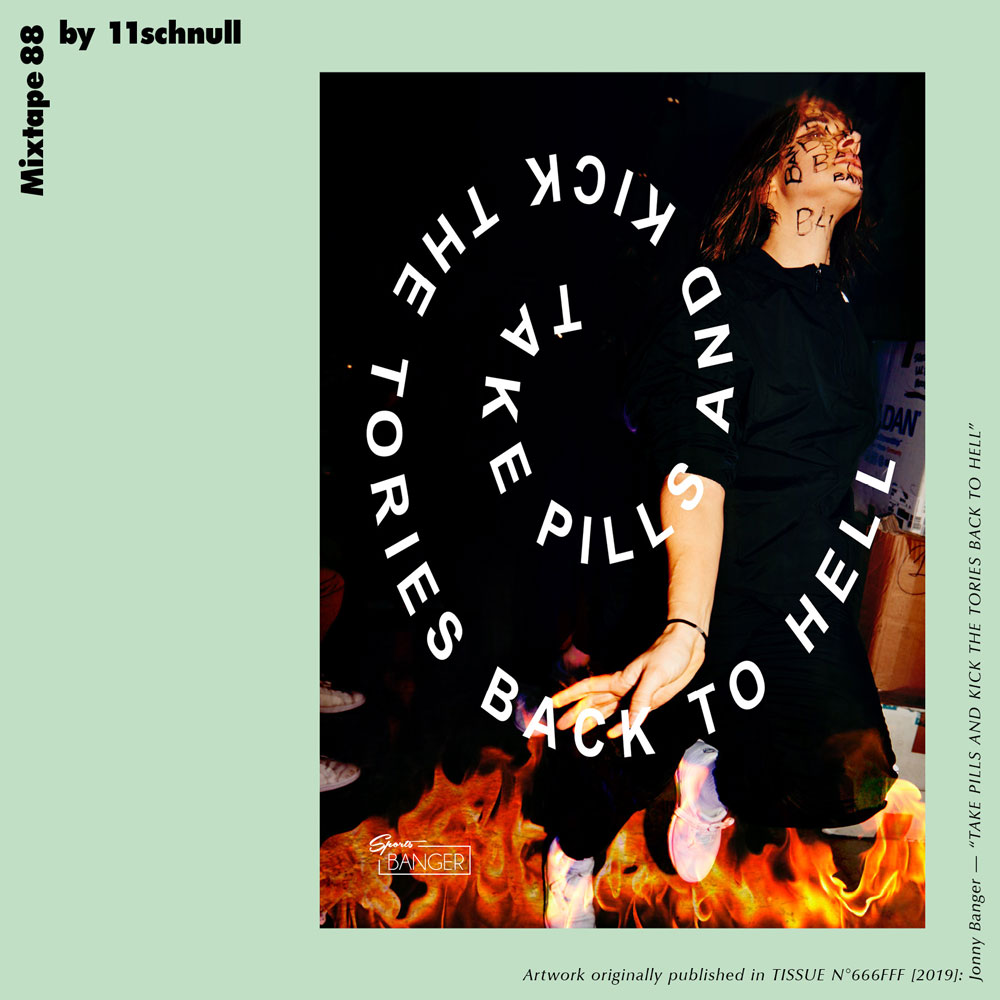