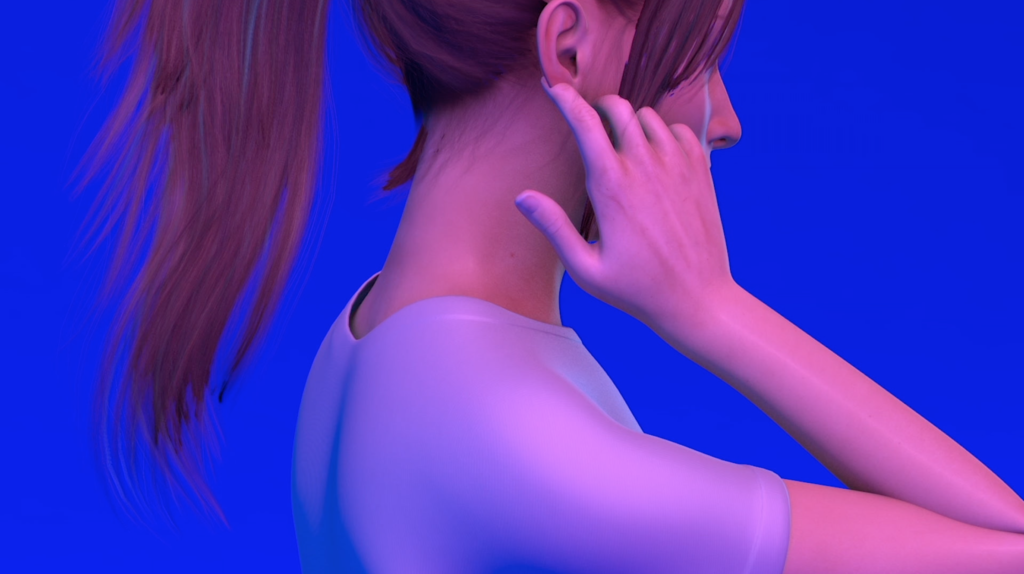 TISSUE Magazine proudly premieres ‘Bruises’ by Freja Sofie Kirk and Amalie Smed Dawids as part of the initial launch trilogy by Copenhagen-based visual community and creative studio Morph. As the second video of the series, Kirk and Dawids explore the architectural material of CGI animation through a meditation on the eerie and violent standardisation of the body – through the colour blue, a questioning of surface, language and reality.