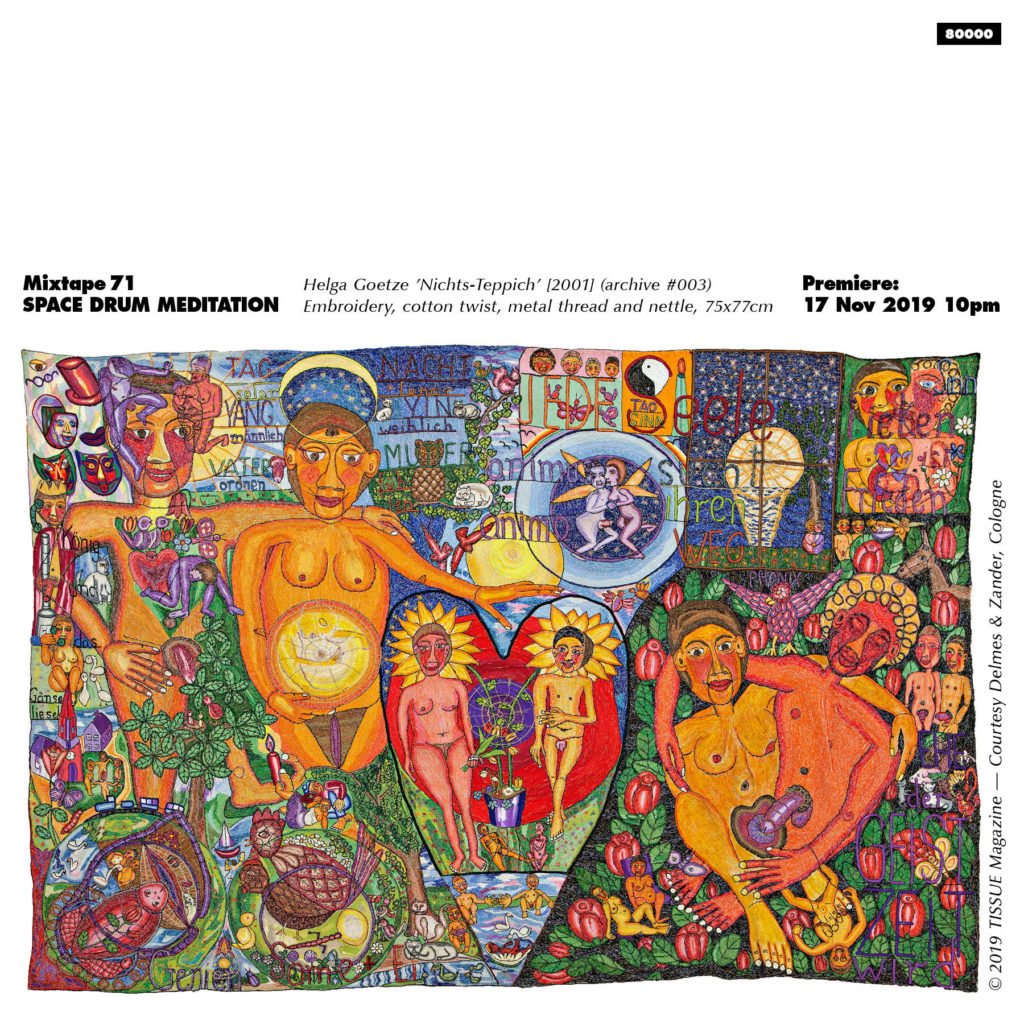 As Space Drum Meditation, Eddie Ness and Liem released a tape and two EPs so far. Not a huge discography yet, but there’s already a golden thread running through everything the duo is creating. Not only sound-wise, but also visually. And actually, if you compare their TISSUE Magazine Mixtape to their self-released tracks, it seems like they’re already there.

Nadja Preyer visited Space Drum Meditation’s sacred studio realms based in a neighbourhood you would not necessarily imagine.