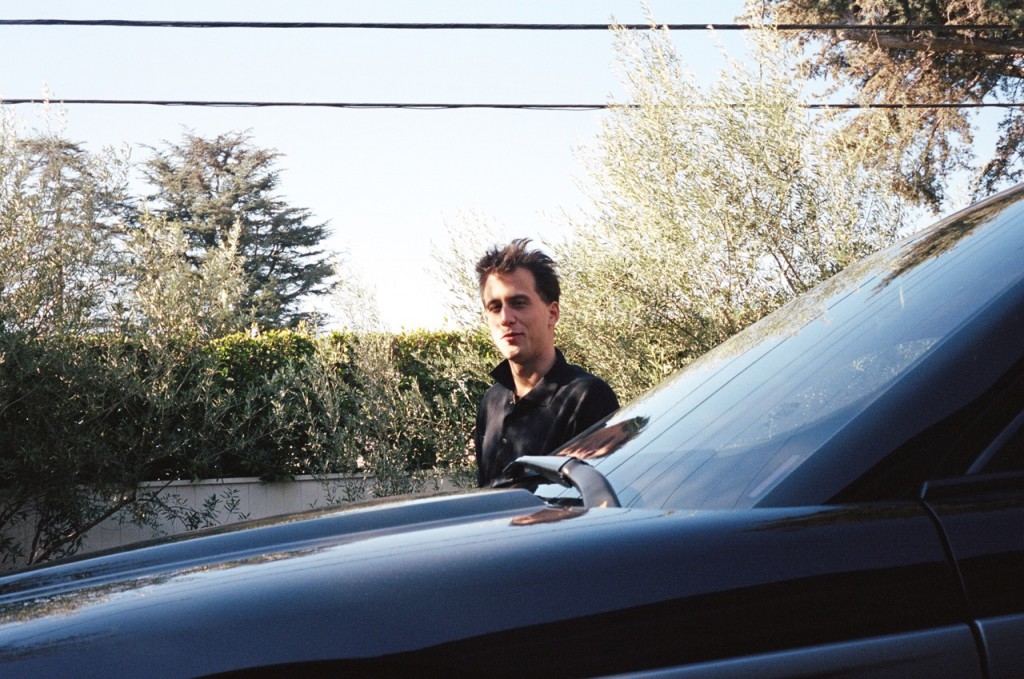 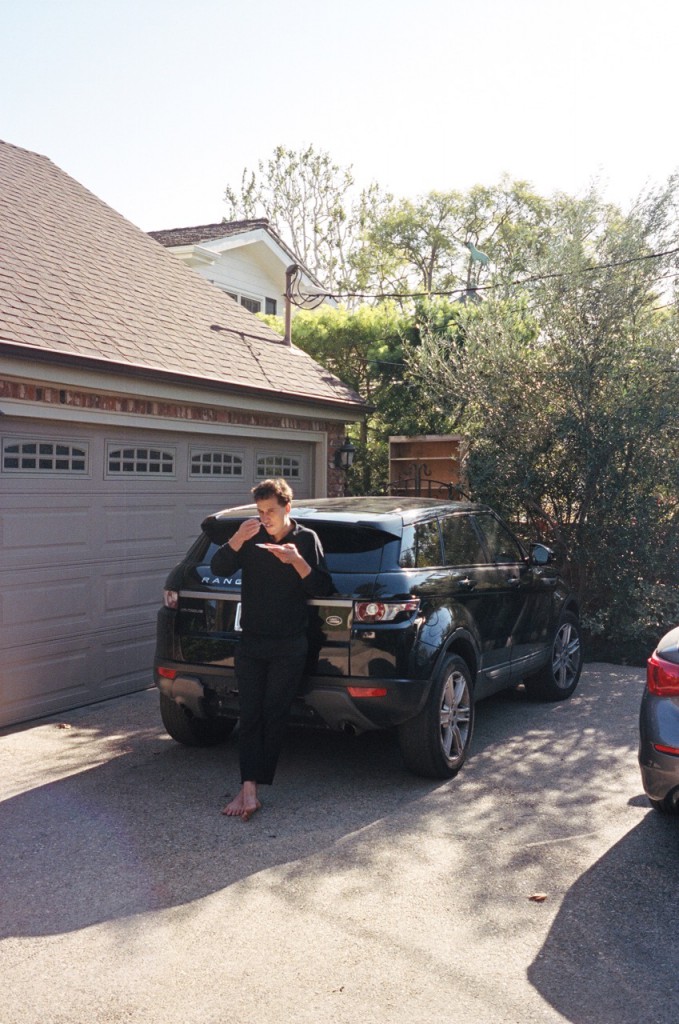 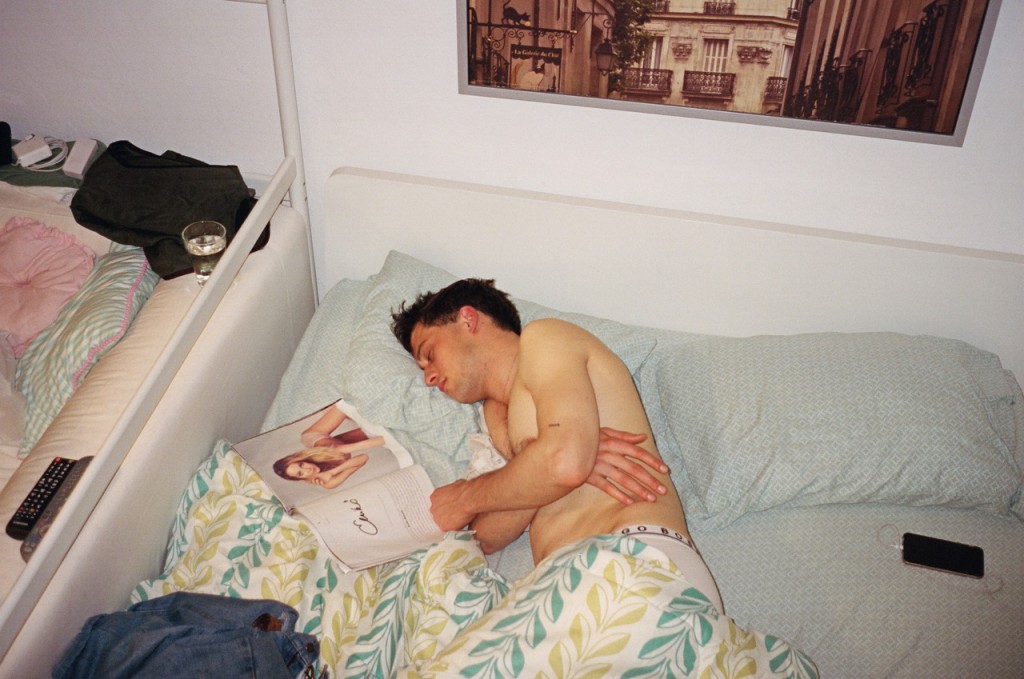 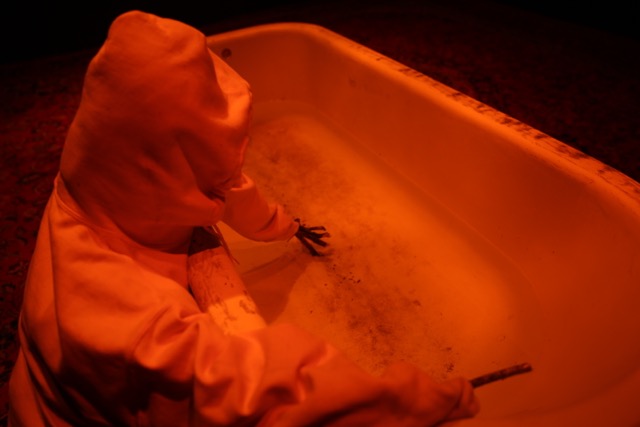 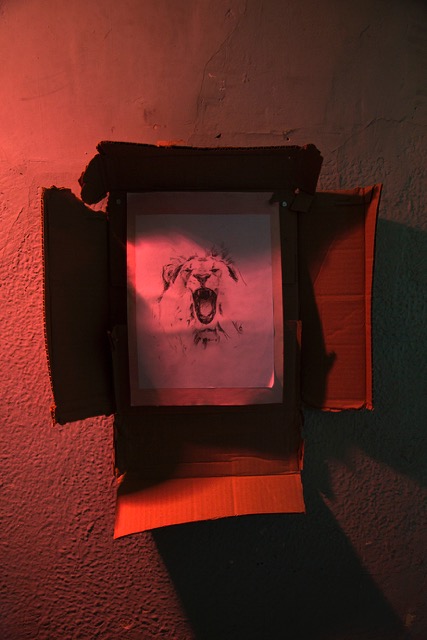 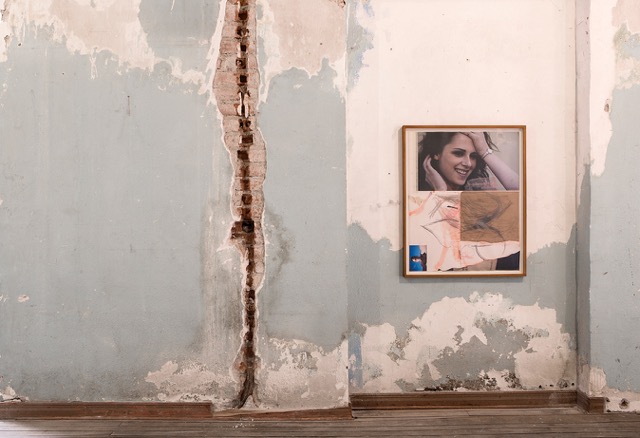 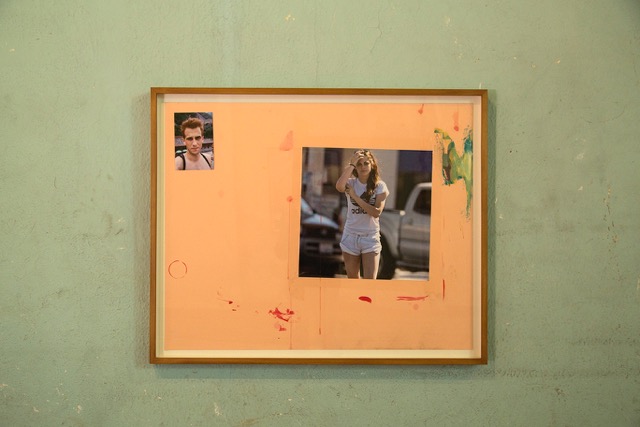 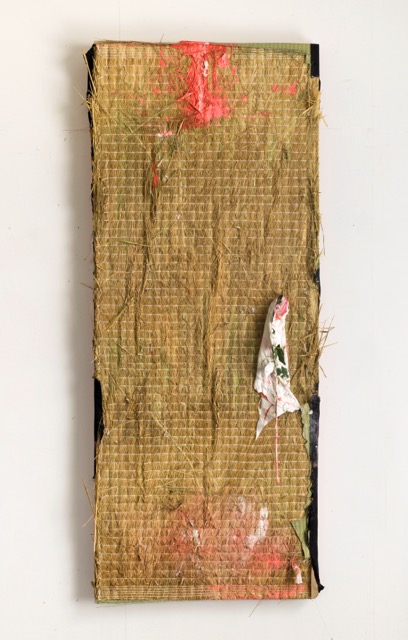 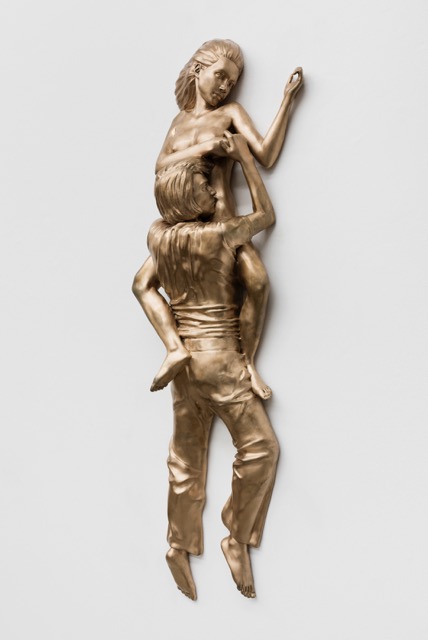 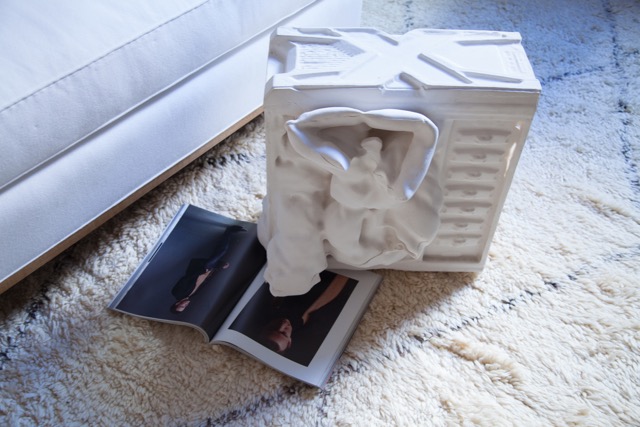 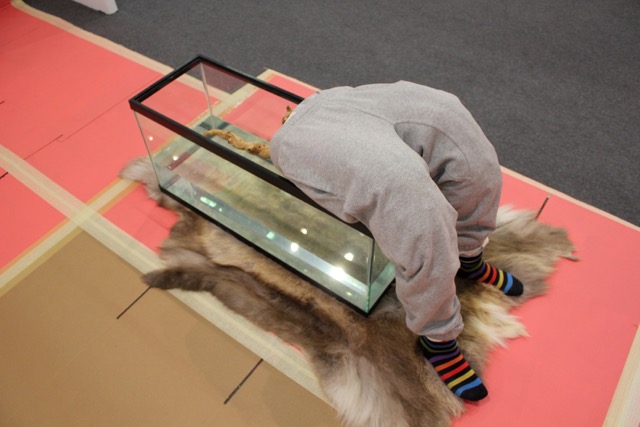 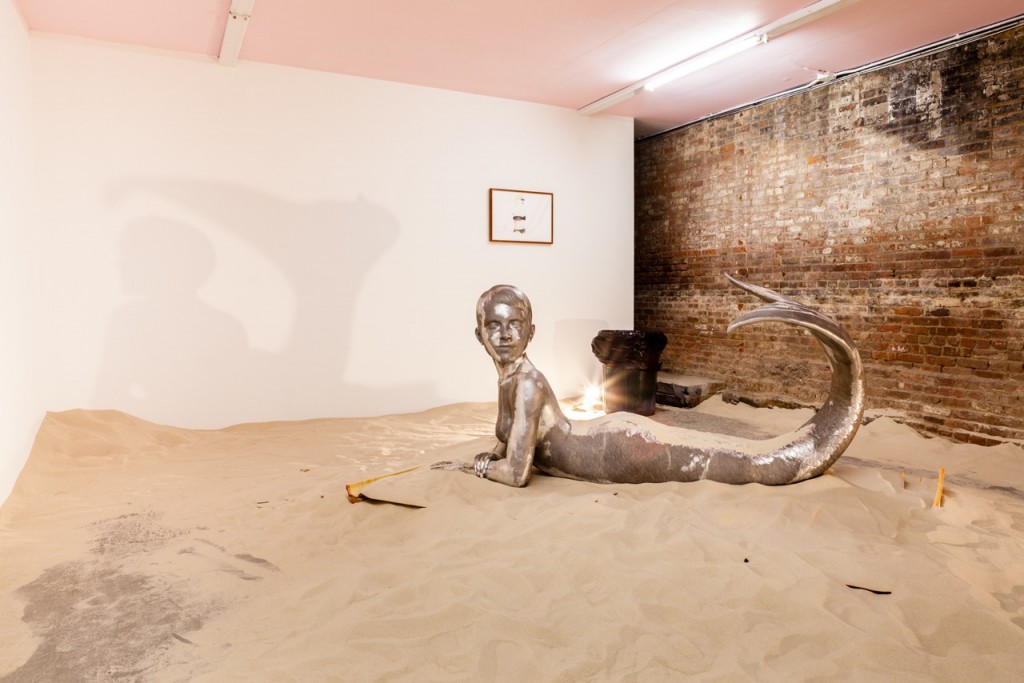 “Obsessional does not necessarily mean sexual obsession, not even obsession for this, or for that in particular; to be an obsessional means to find oneself caught in a mechanism, in a trap increasingly demanding and endless.” — Jacques Lacan

His oeuvre is quite versatile, so it’s hard to describe his process of work as it kind of changes depending on a series he is working on. But his most known work is probably the one that includes Emma Watson, Kristen Stewart, Kate Moss and Johnny Depp, so from that point of view, it’s safe to say that at least in one type of work his artistic tools evolve from media and pop societies products. Those topics do not only serve him as a conceptual starting point but rather as an inspiration. And even though he sometimes takes his ideas from the internet, movies, movie stars… language and how he translates images from abstract to the physical state, is what plays a central role in his body of work. His work one could say is a mixture of longing, fantasy, rejection, engaged in the social convention of pop culture. Anyway, Yves Scherer is definitely one of the names you should put on your radar if you haven’t already. He has something very intriguing going on, and we like it, whatever it is, we like it.

What is going through your mind at this exact moment?
I’m sitting at the table of a friend’s parent in LA and feel bad for occupying the kitchen for hours everyday.

Your body of work is quite versatile. From outer perspective making sense of it could go either way. It could go towards – still searching for that one thing that will be your ‘thing,’ something that will hook you to the point it will become the thing people know you about… But on the other hand, it could go towards – being humble and not having your head stuck in your ass thinking that one good thing is enough… What’s the deal, in reality, though? How come you do so much ‘different’ things?
Ye, I think maybe I have been doing too many things. Lately, it seems people got confused a bit. Maybe I’m also and still confused but currently trying to get my life a bit more stable and steady and hope this will also tickle down to my work. Not really having a house or fixed studio in the last years have def had an impact and forced me to produce things under really different conditions and influences, so guess this is probably one of the reasons for the diversity or chaos. But I still think there are some series or types of works that I trust in that I have developed further in the last years.

Tell me about your work process?
Most of my work kind of starts from my computer, looking at images grouping them on my desktop, etc. I really work in exhibitions, meaning that I develop the work specifically for the show. Then mostly I get the things I need fabricated and plan some installation elements etc om the computer so that the show really comes together on site only. I have recently rented a new permanent studio, though, and now trying to organize my things to be more in-house, actually, making most of the work in the studio and starting with the physical material again. I guess this will hopefully end up going hand in hand with the outsourced production into a sort of rich practice.

Has there ever been a time when making art felt more like a job and not a pleasure anymore?
It’s always both, I think.

What was your primary ambition when you first started making art?
It was probably about getting a girl to be honest, which feels like a pretty bad guide through life from here.

And did you get her?
Haha, that’s not who I was thinking about in the first place but I think going all the way back and look at it from like a psychoanalytical point of view it might have been my sister to start with. She’s my twin and used to date artists when we were young, and I guess that might have left a mark.
The answer to your question is no, though.

There is a fair amount of celebrity culture in your work. What attracted you to that whole scene in the first place, and do you think celebrities are more interesting than ‘normal’ people?
No, I don’t, but there was something which had interested me about it in the last years. Maybe it’s cause this culture is so different from what I grew up with in Switzerland. Now living in NY for the last years this perspective had changed a bit, and I lost much of my interest.

And what interests you now?
That’s a good question. I guess my interest has shifted away from a sort of fantasy or fiction more towards an observation of direct environment. I’m really interested in the Bronx where I live for example, but also in Mexico where I spent some time in the last year. And strangely to say that but it’s mostly the spiritual aspect of life that I encountered there that inspires me at the moment.

Yeah, feelings… Let’s talk a bit more about your work and how I find it a bit sexual. Even if it’s just a photo of Emma Watson or Kristen Stewart totally dressed or just a normal portrait, I do see sexual connotation to it. A bit Richard Prince/y. A bit of that longing, wanting someone you can’t have vibe…. But how do you see it? Is there any sexual reference to it, regarding all your work?
Yes, Richard Prince is def an influence, but the work is not primarily about sexuality – It really has the longing or can’t have vibe, though. Emma Watson and Kristen Stewart are both not really sexual or sexualized figures but stand for different things. They are both very strong women that have managed to take a position which goes way beyond their body and what they look like. And this obv influences my work as well. But yes the position I have been playing on is also the sort of creepy nerd which sits at home alone looking at these figures, and as with the internet itself, this sort of private realm watching is sexualized.

As Richard Mason put it in The World of Suzie Wong ‘Sexual objectification has always been an important aspect of art. There is no point in denying it.’ Continuing saying that ‘The creative impulse had its roots in sexuality.’ And I’ve also once read that creative people are more promiscuous. Do you think there is any truth in that?
Haha, yes and yes and yes. Not so sure about the last thing, though, it’s already hard enough to say what creative people means.

Anyway, let’s talk more about what is next for you. There is some curating on the horizon, right? Mexican jungle project… Tell me more…
Not exactly sure about this. I’m thinking to maybe do something in the jungly region outside of Mexico City. There is a place called Malinalco, and its kind of the second biggest or most frequented pilgrim site, aside of the Virgin of Guadalupe. I’m kind of thinking about a house or public sculpture or structure which maybe reflects on this and the position Emma Watson has inhabited in my work and the world. I dunno really, it’s more a feeling and I’ll go to scope it out next week.

Claude Levi-Strauss once said ‘Objects are what matter. Only they carry the evidence that throughout the centuries something really happened among human beings’, would you agree?
Maybe. It’s probably book or more generally text that tells us what happened and which remains. I’ve never paid much attention to the objects as historical documents, but guess that’s me. I look at them much more in a formal way, – or especially if we think about artworks -, just judge them aesthetically or think about how they are made. But like all our everyday objects as spoon or cups or a cinema movie.

But art work’s are objects, and they do tell history…
Yes I agree, it’s just not the part I’m interested in most.
I’m an artist, and in this position, I deal much more with solving formal problems than history, I think.

Yeah, I think so too. Anyway, where do you call home?
The Bronx, NY

Do you cry during movies?
Yes.

Are you a romantic type?
Yes.

I’ve once read that ‘love is the only emotion that makes you go crazy,’ what are your thoughts on that?
I agree, haven’t felt that way in a minute, though.

Is solitude bliss?
Yes, quite often. 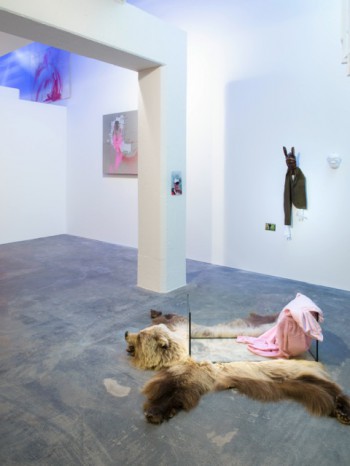 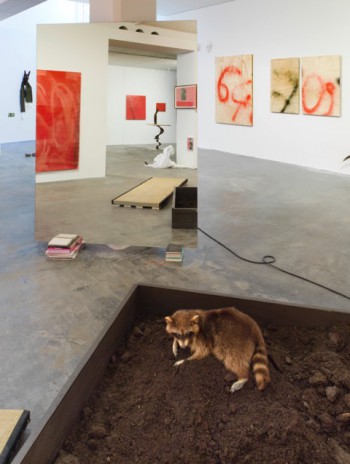 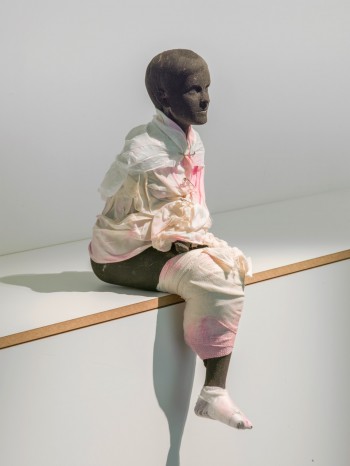 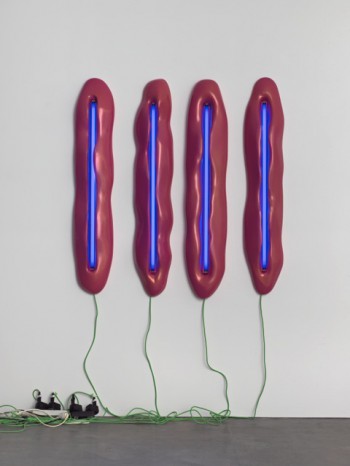