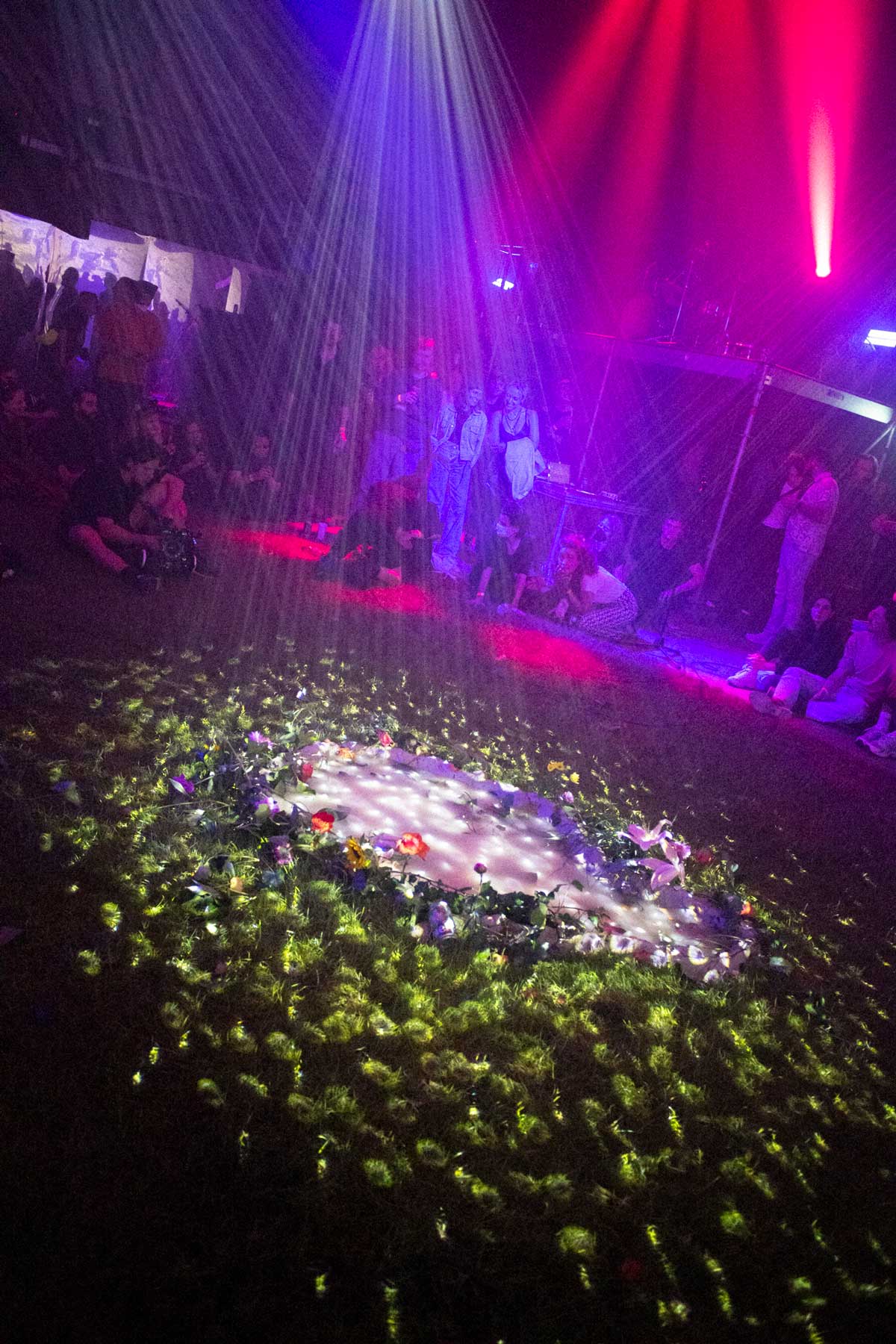 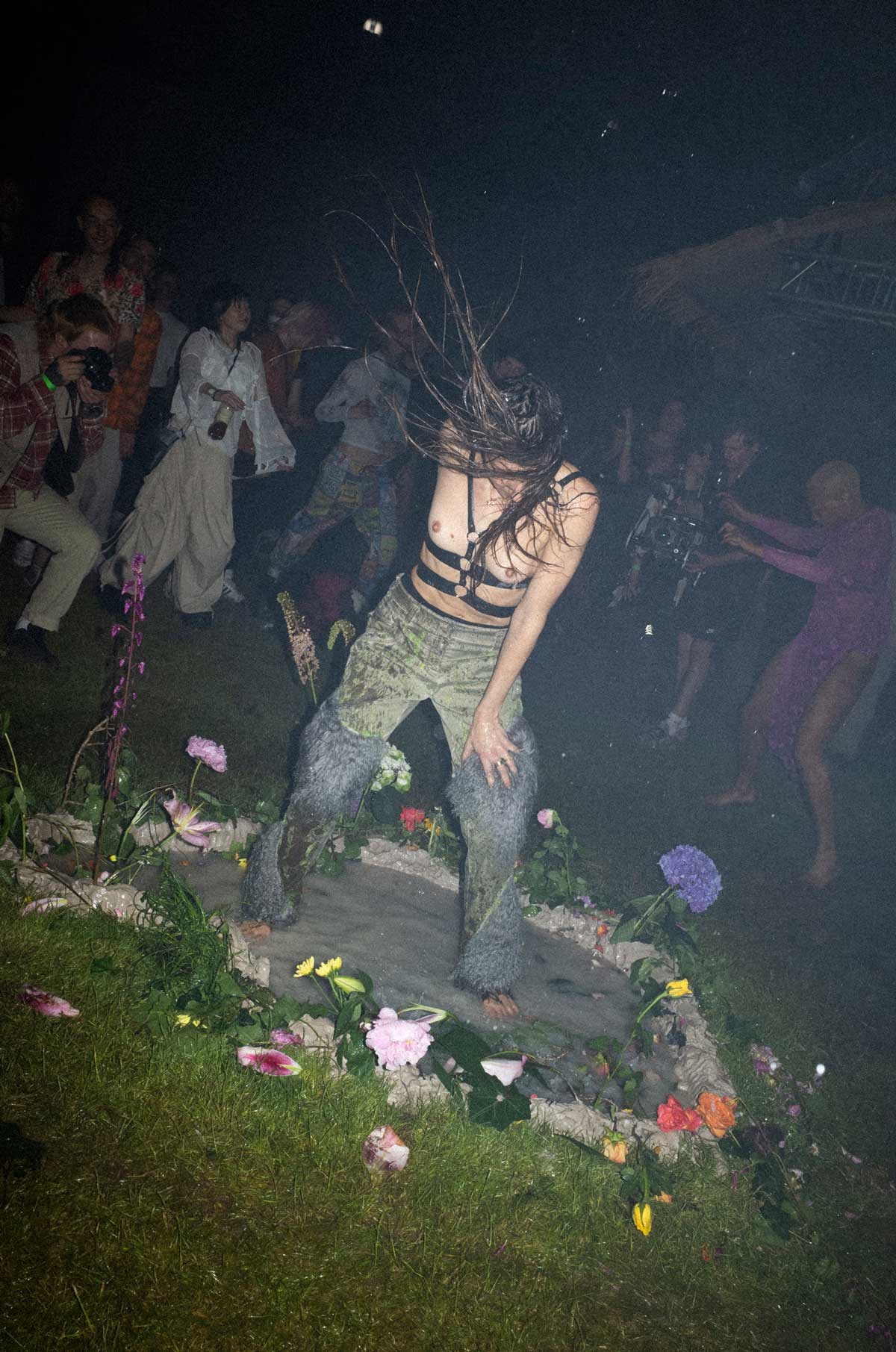 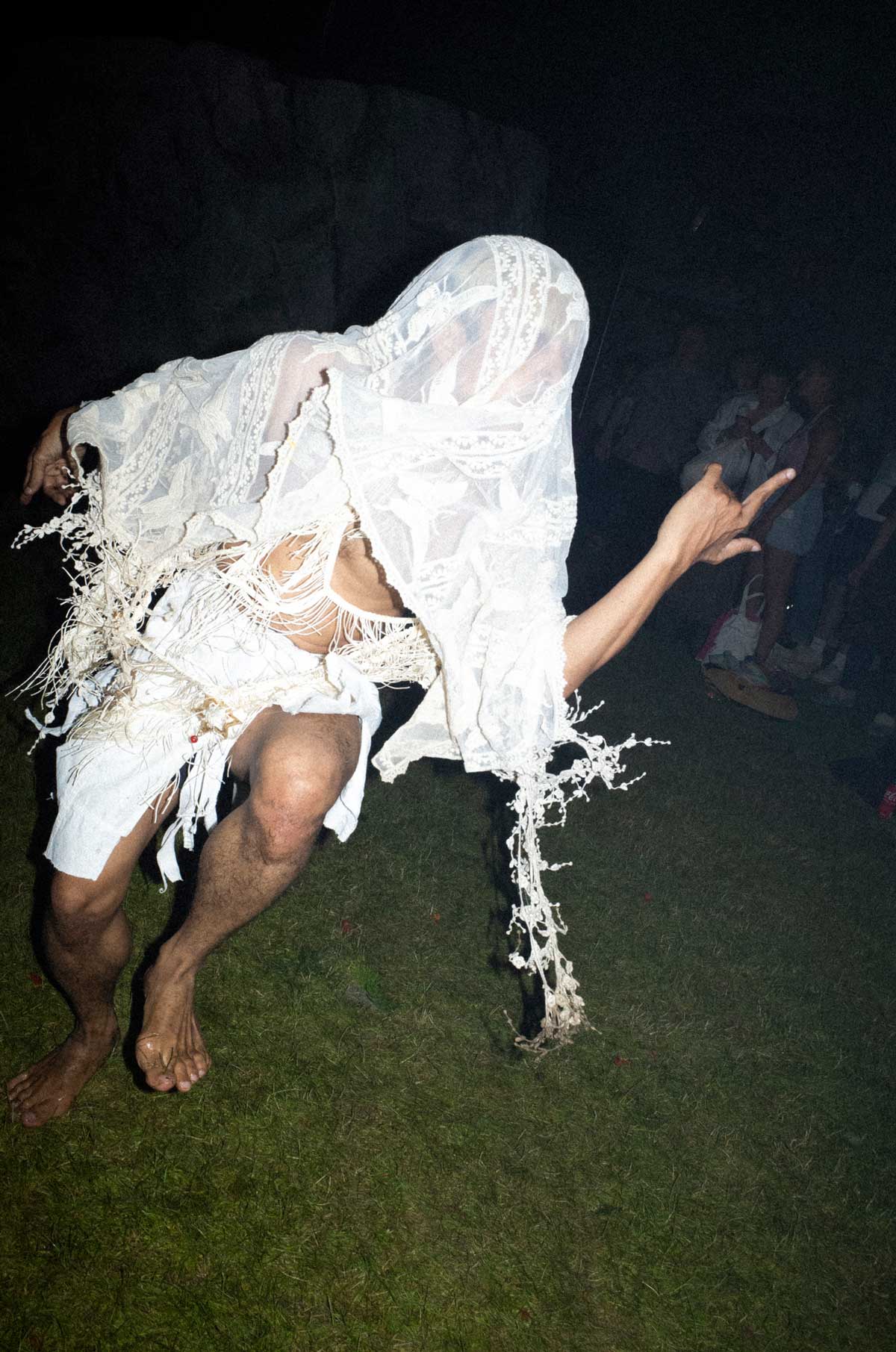 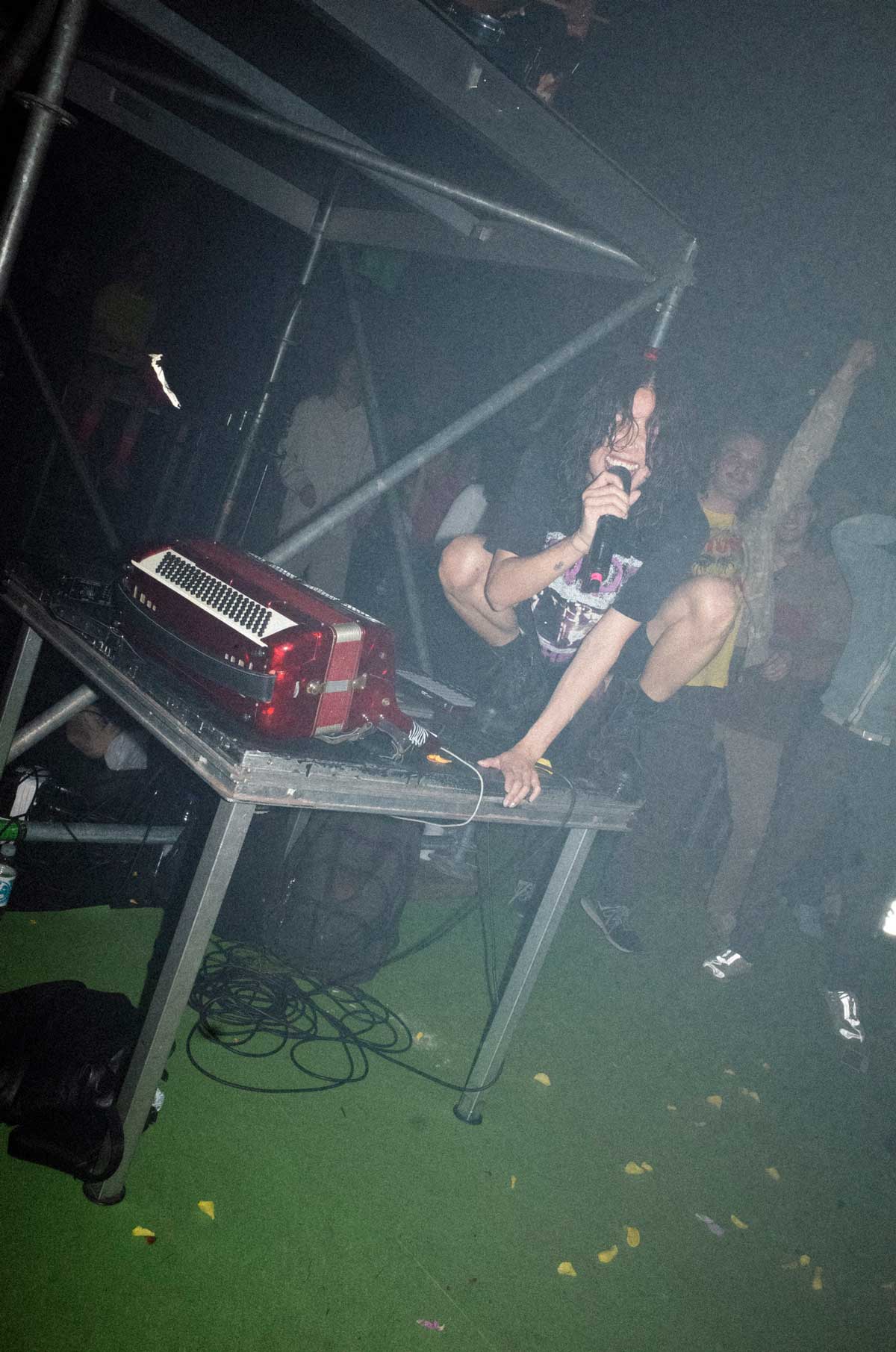 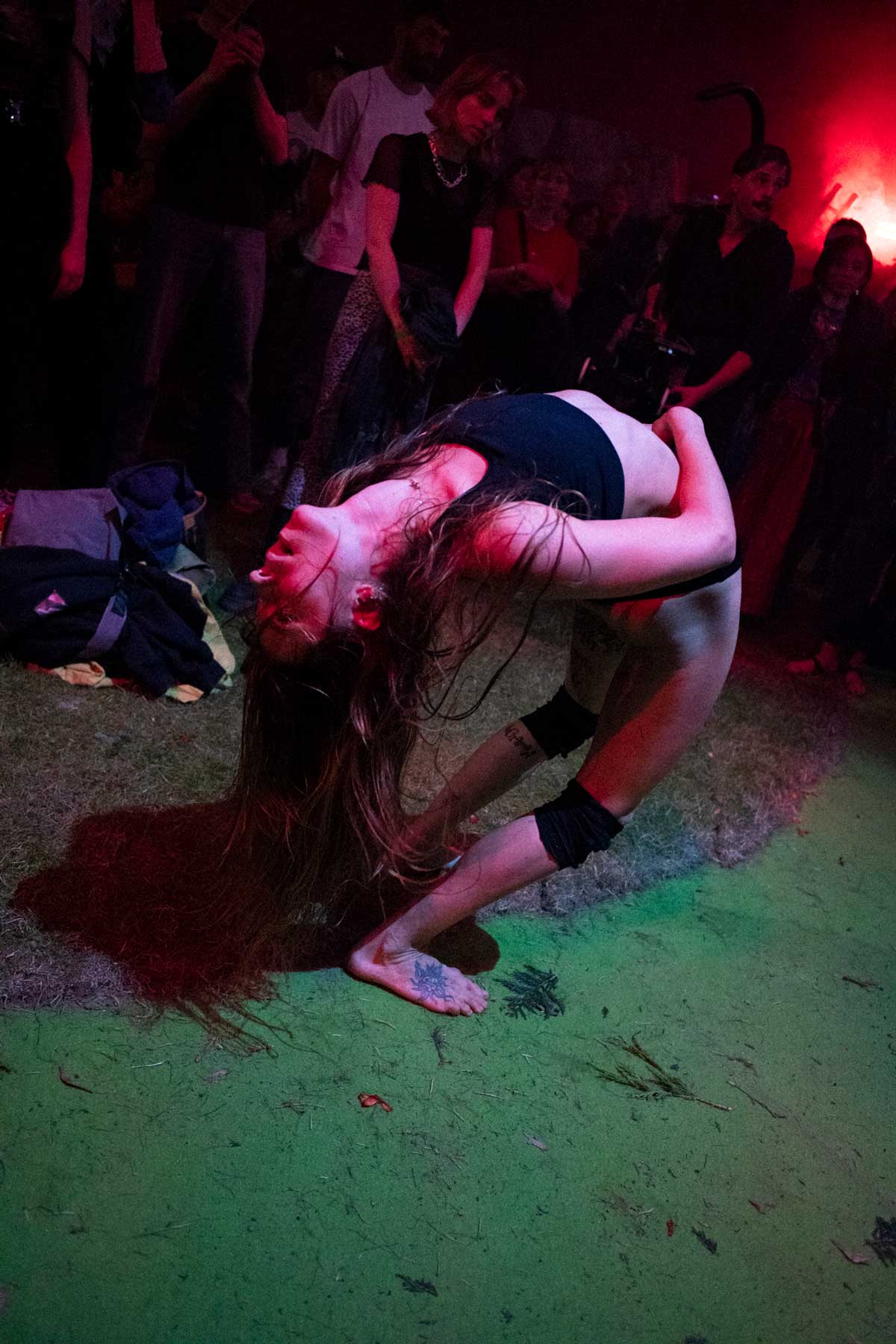 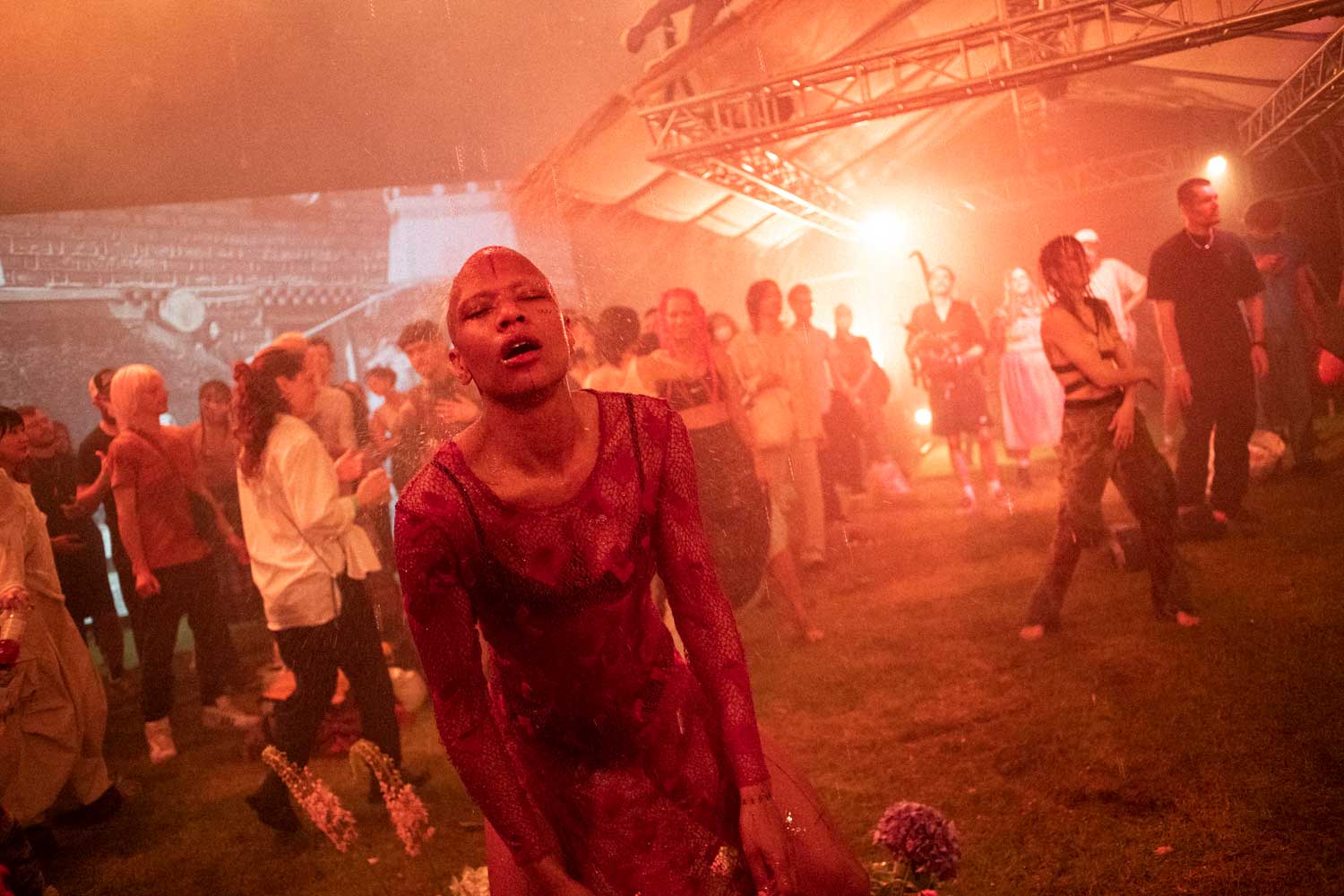 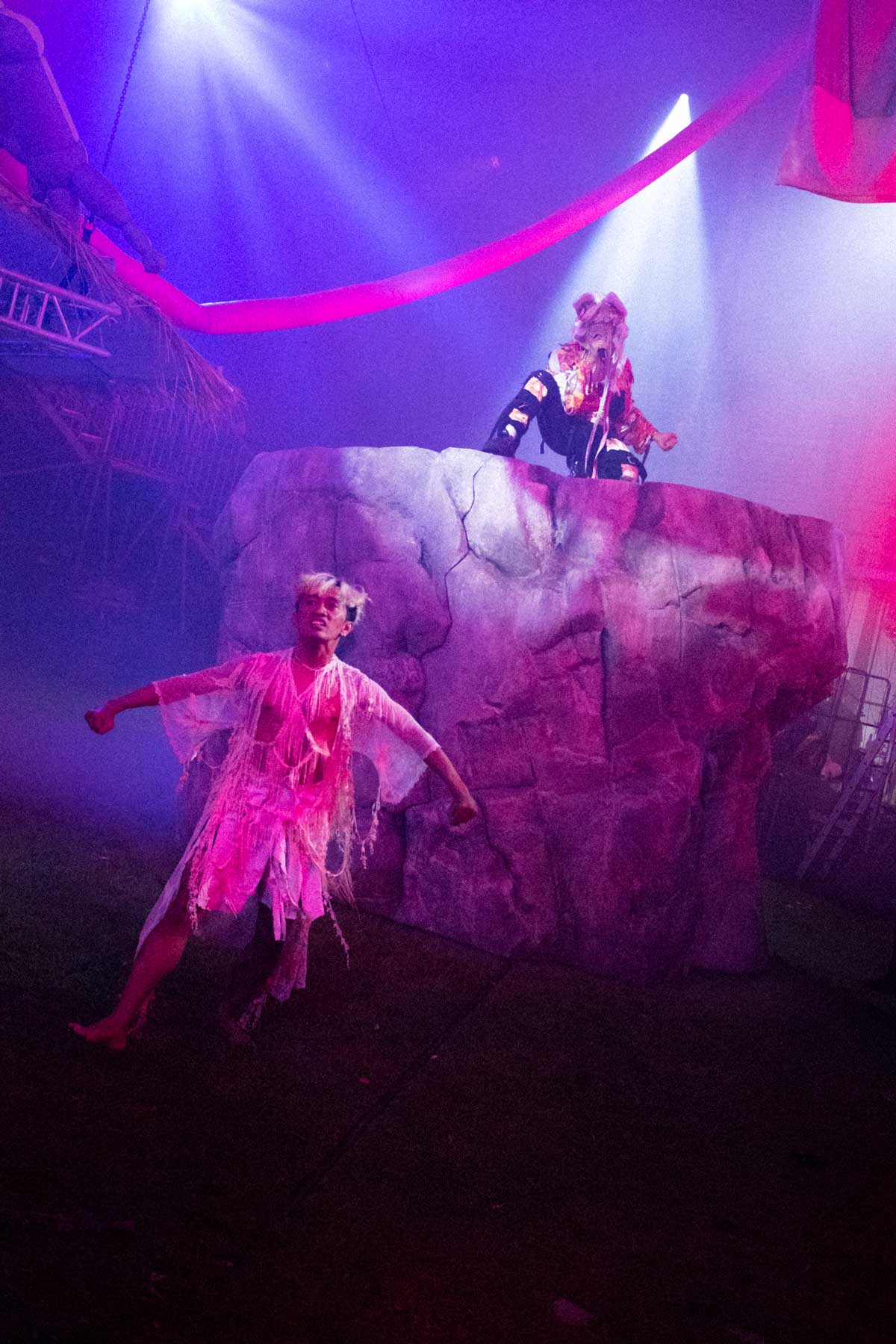 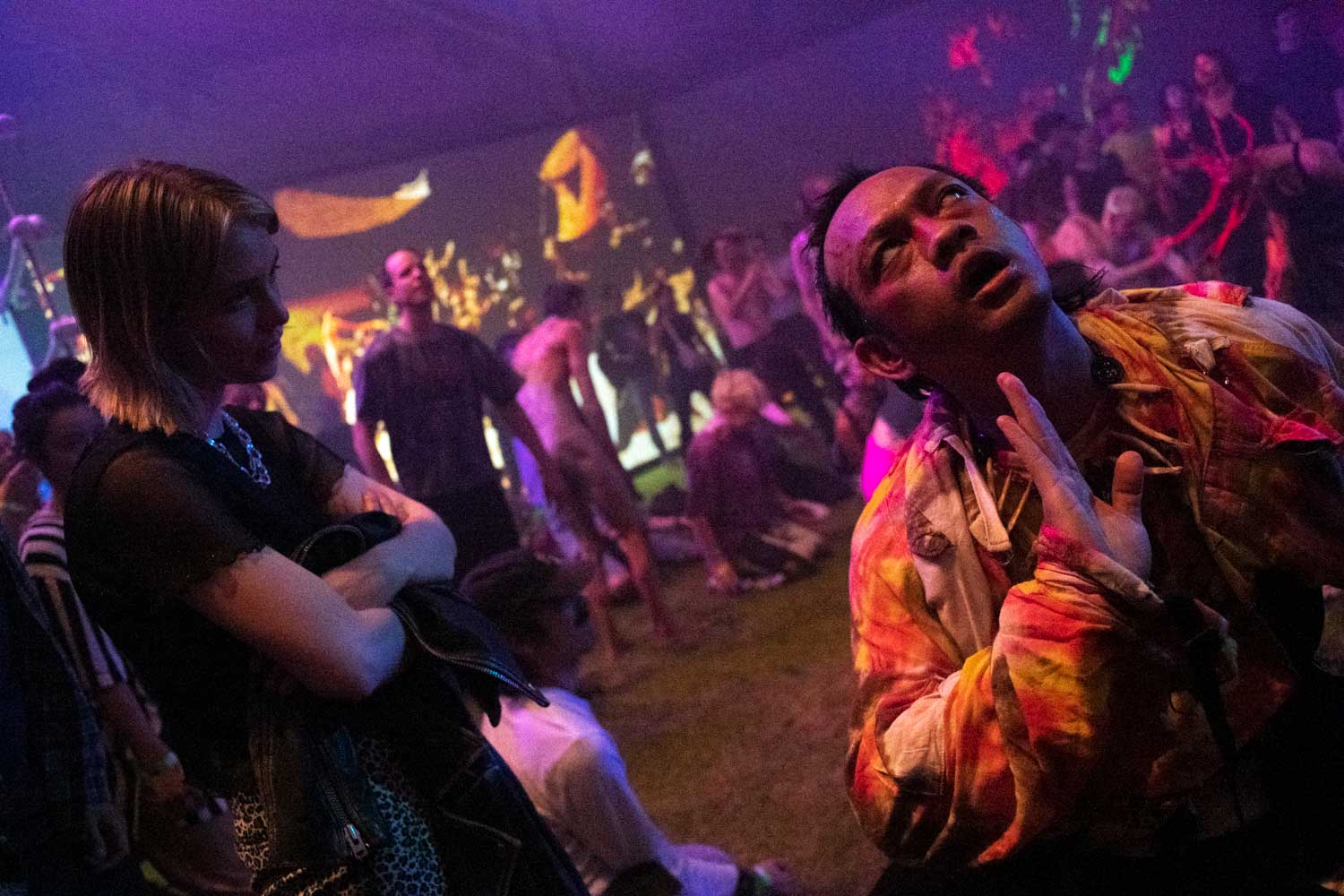 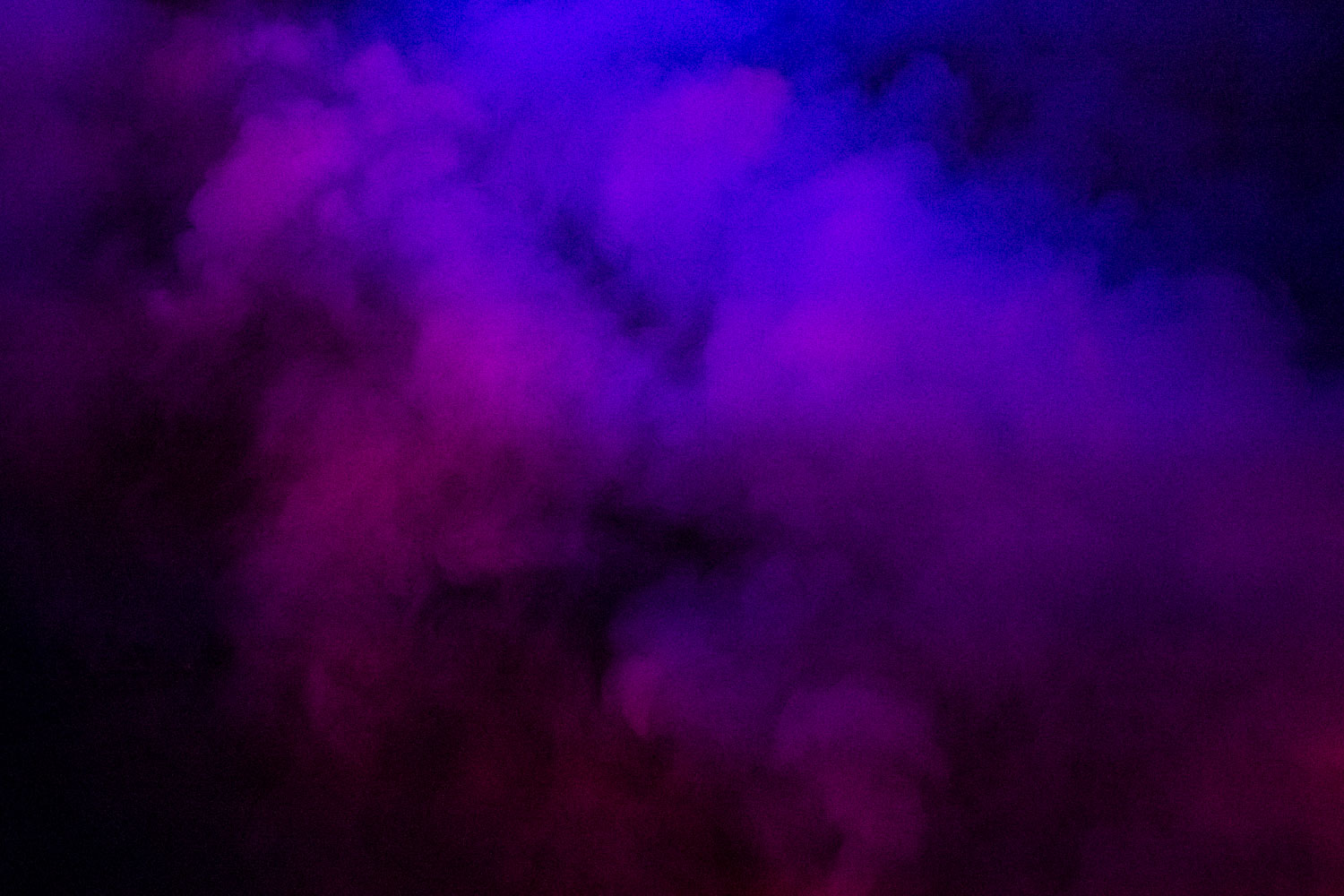 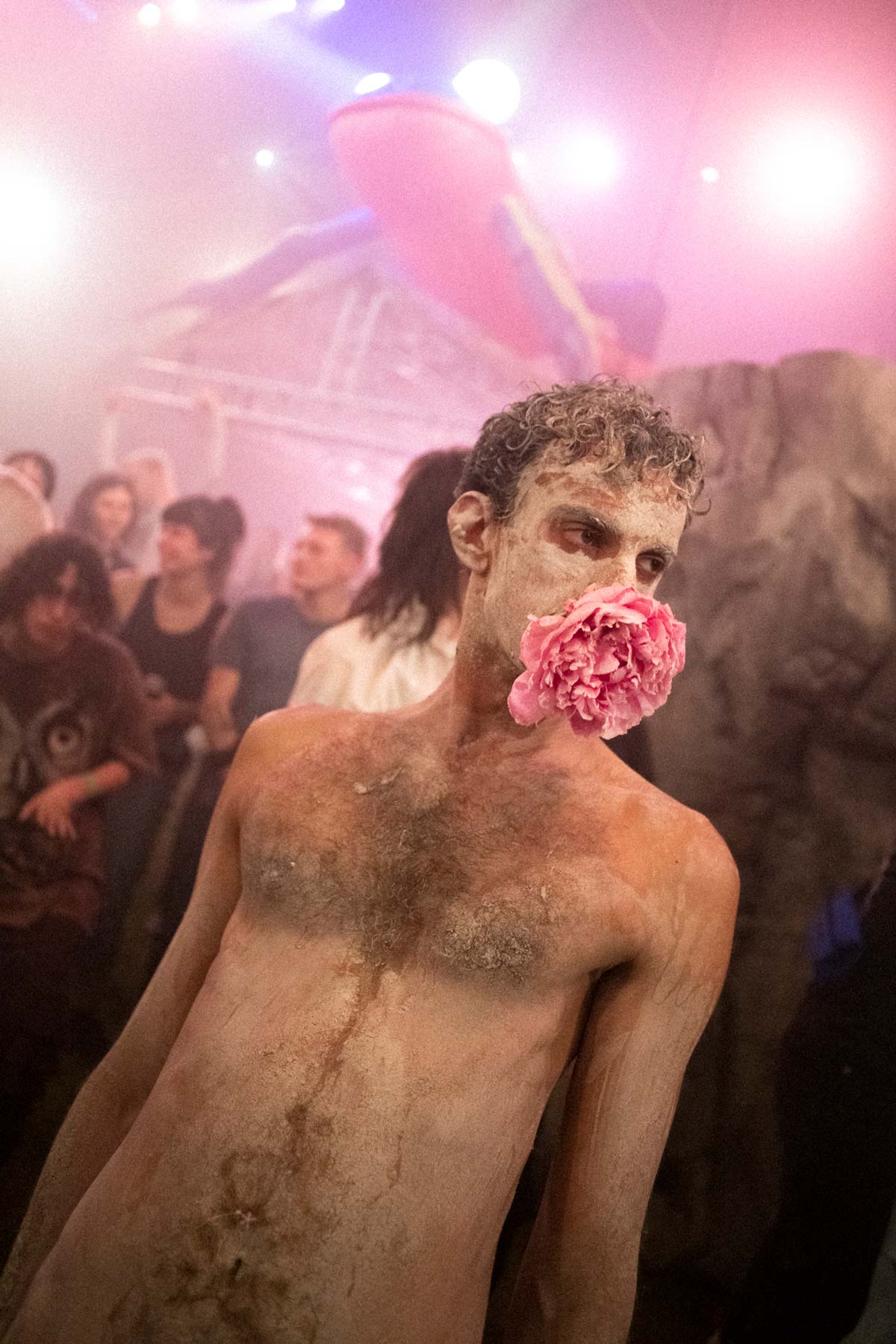 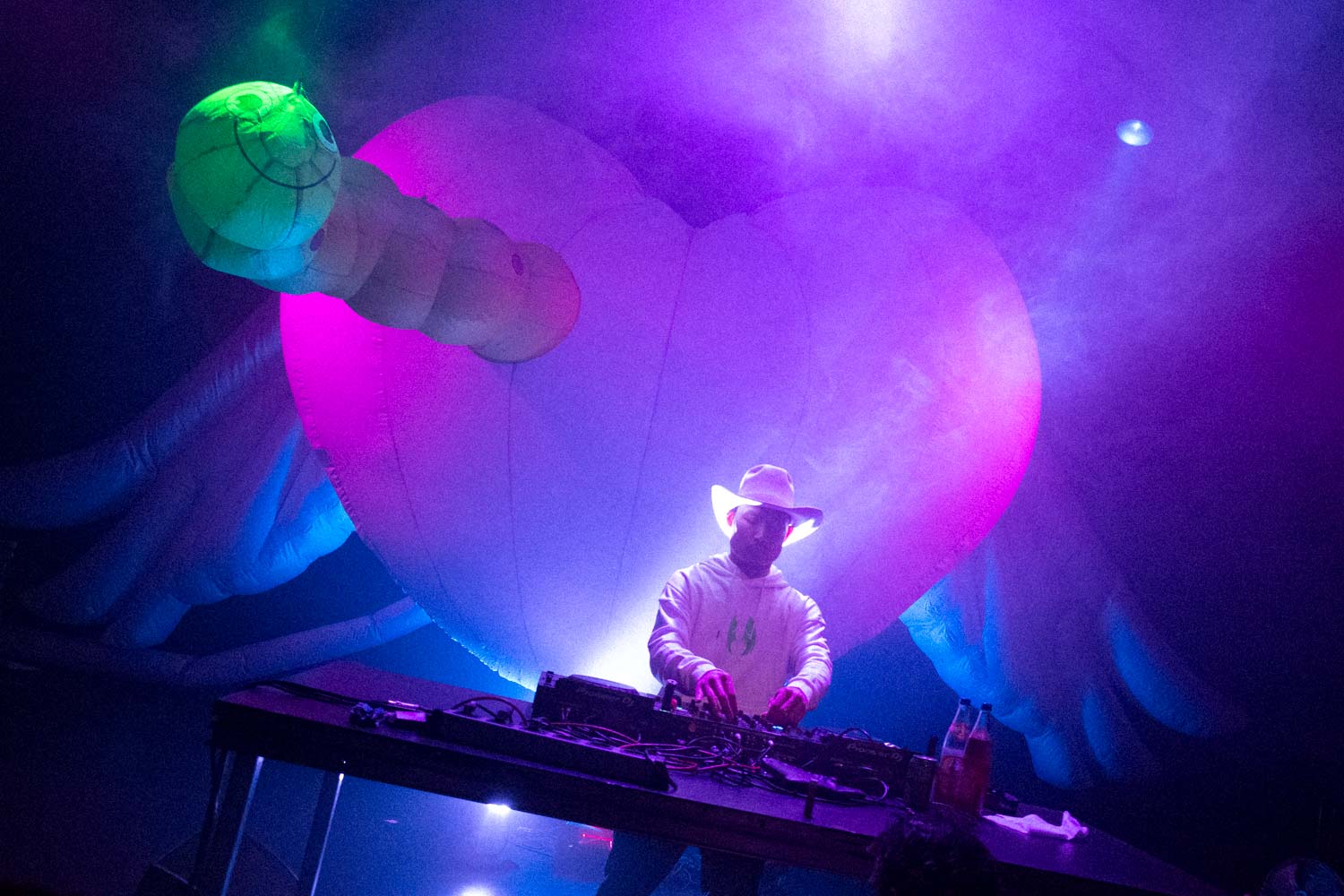 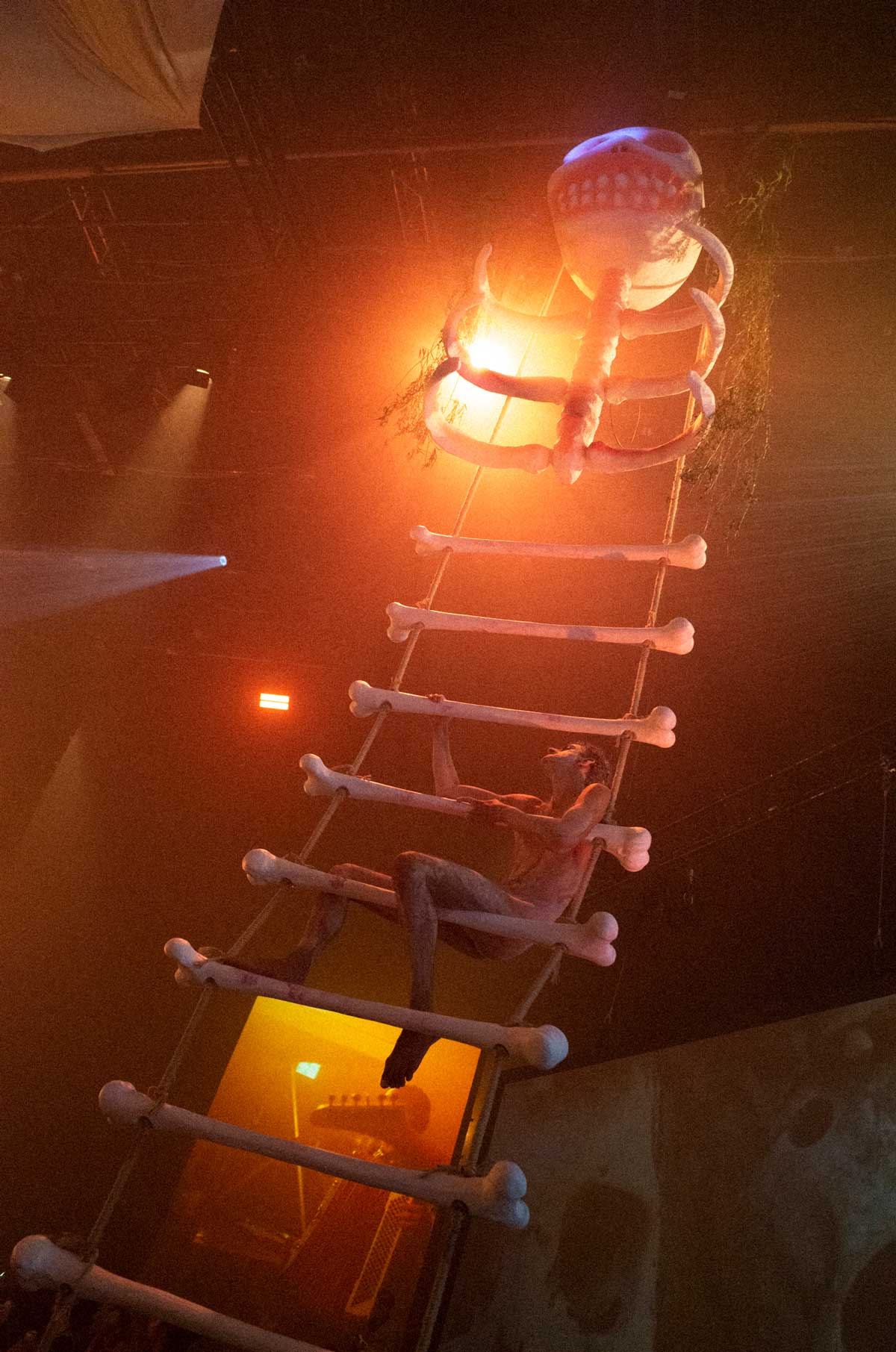 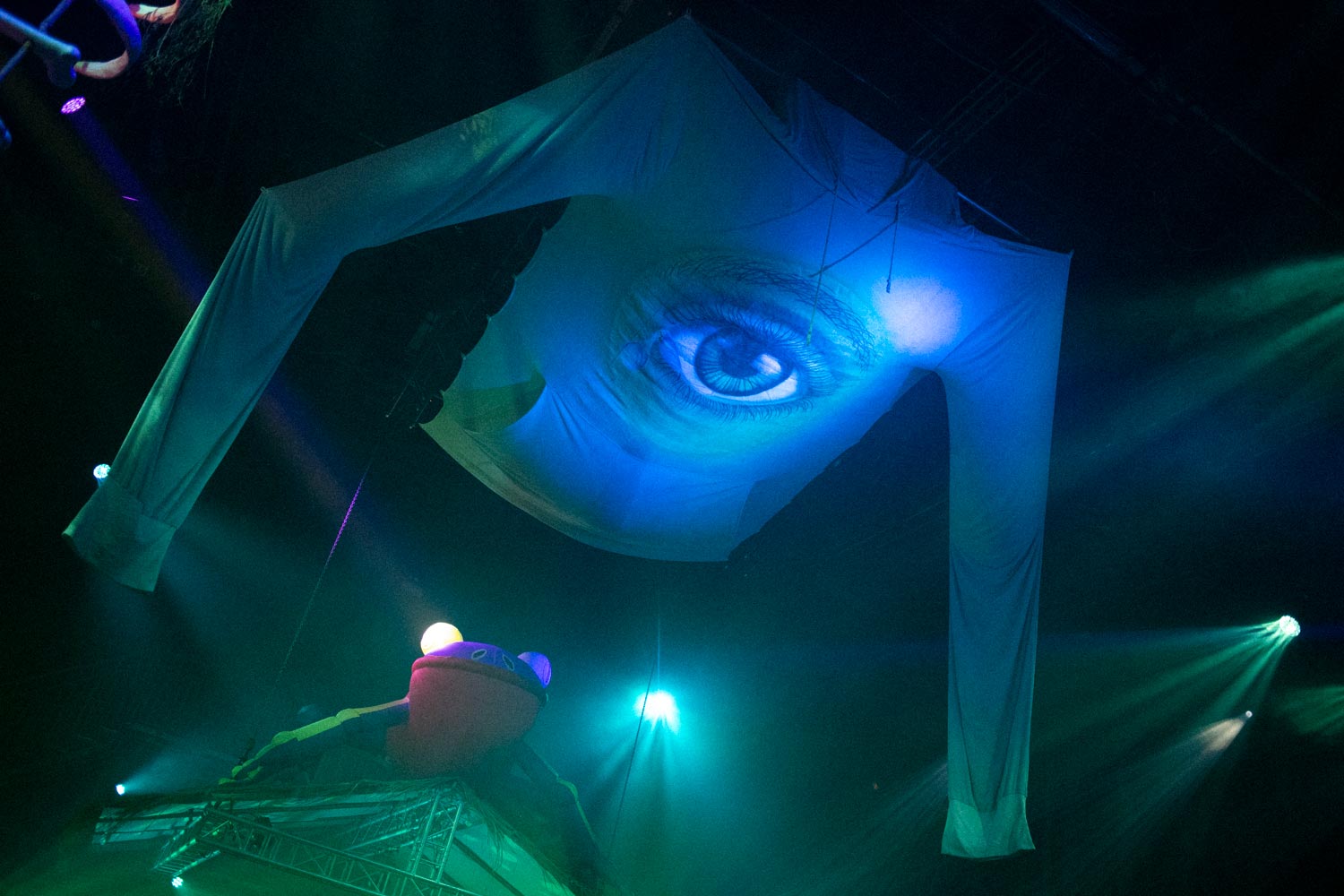 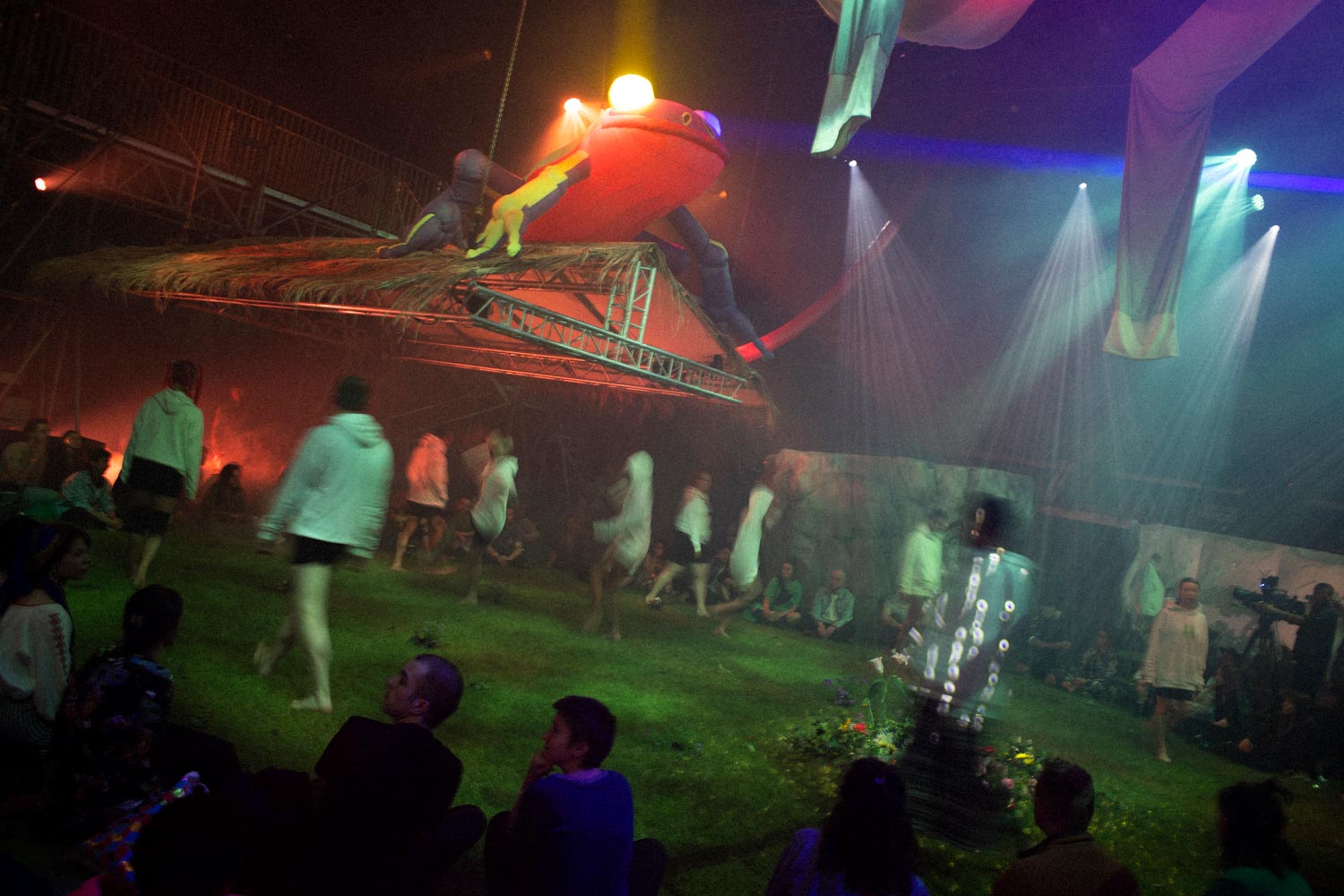 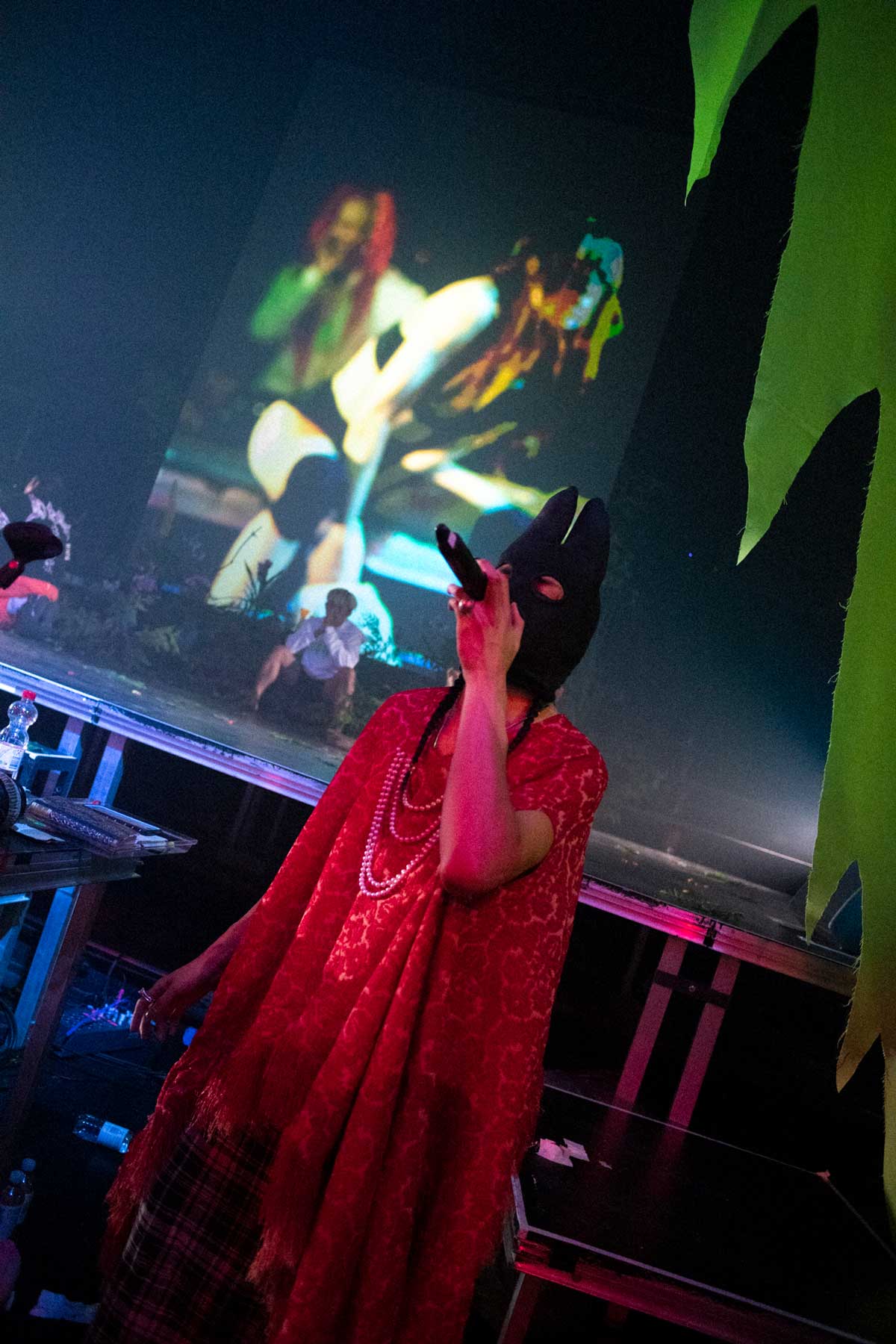 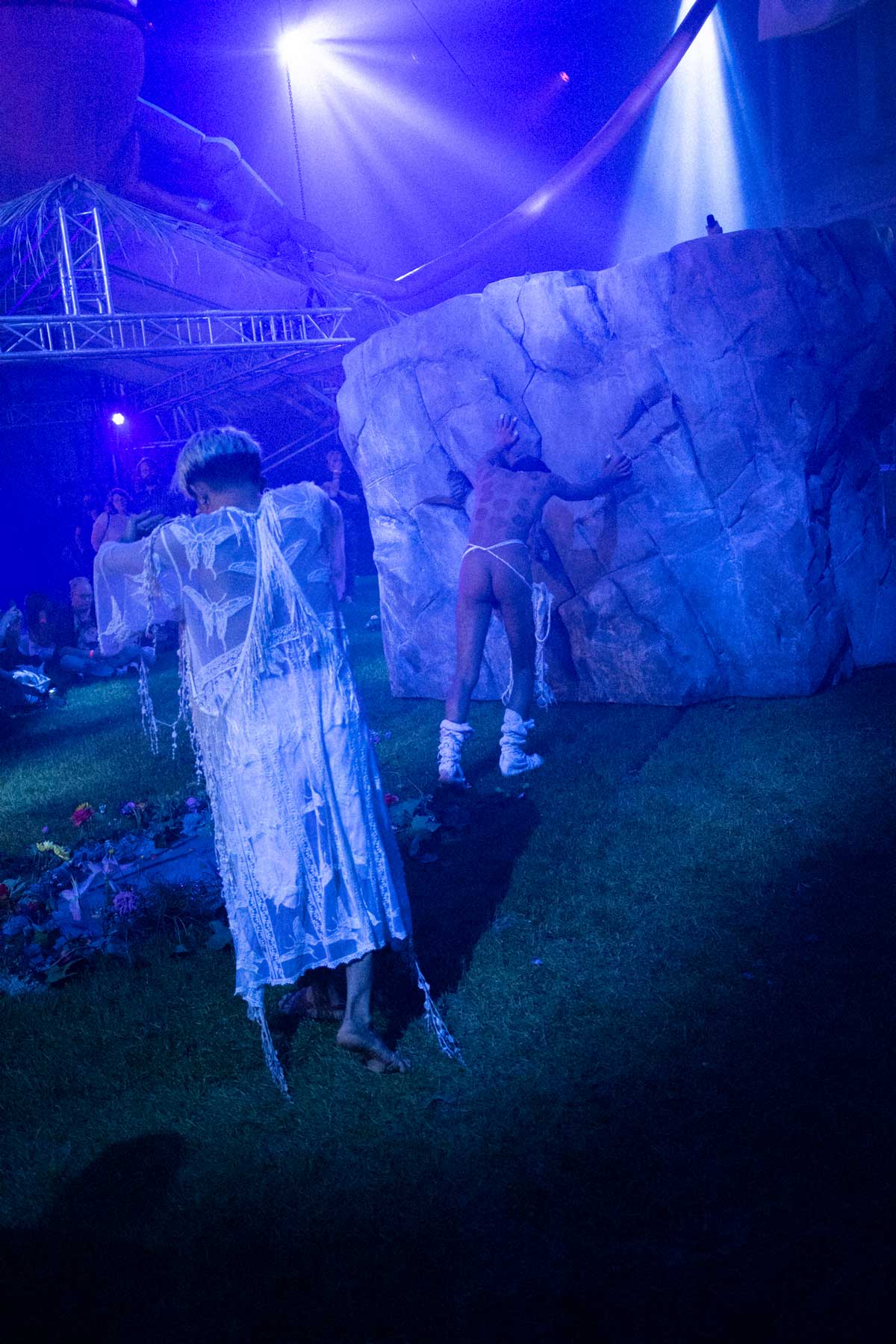 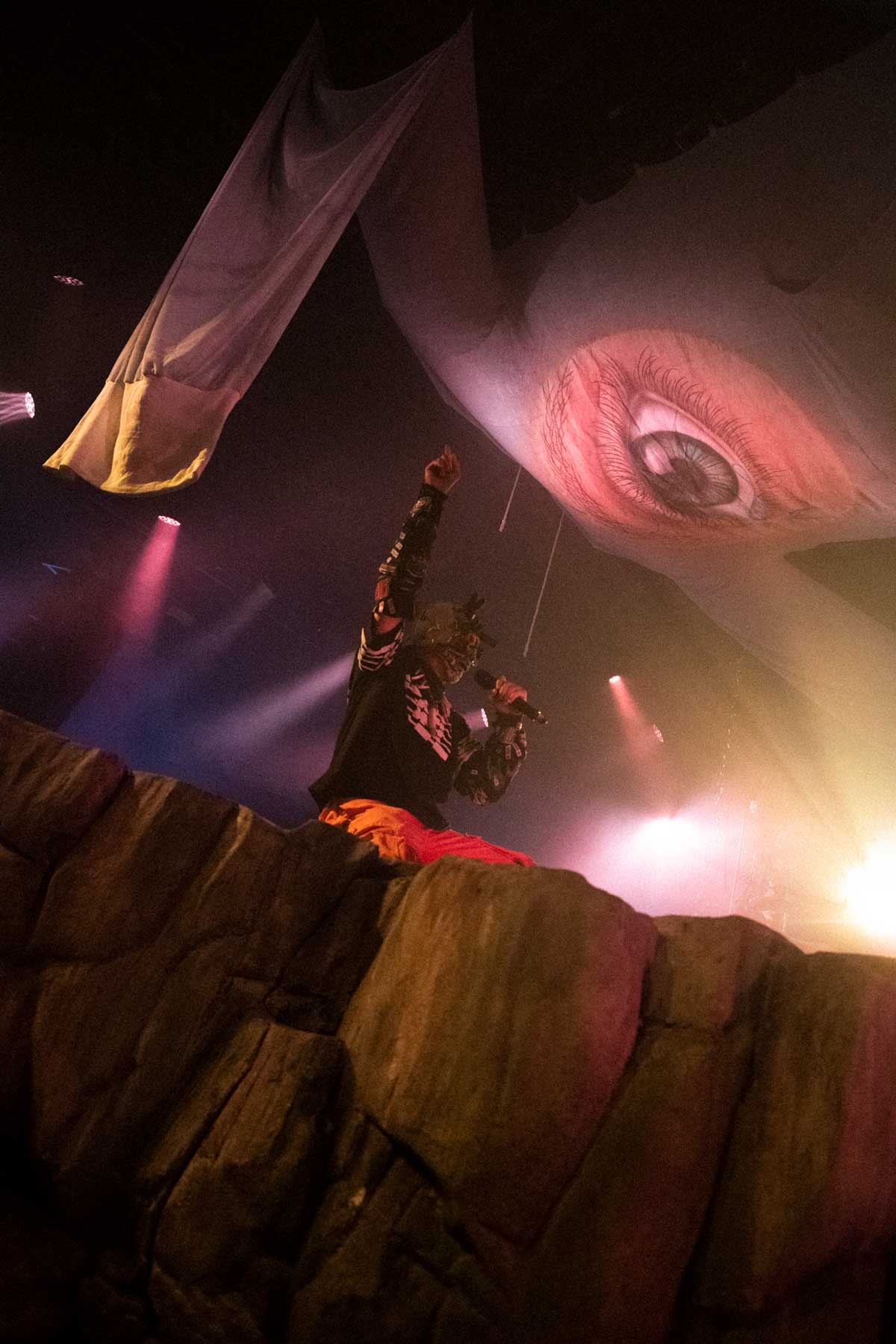 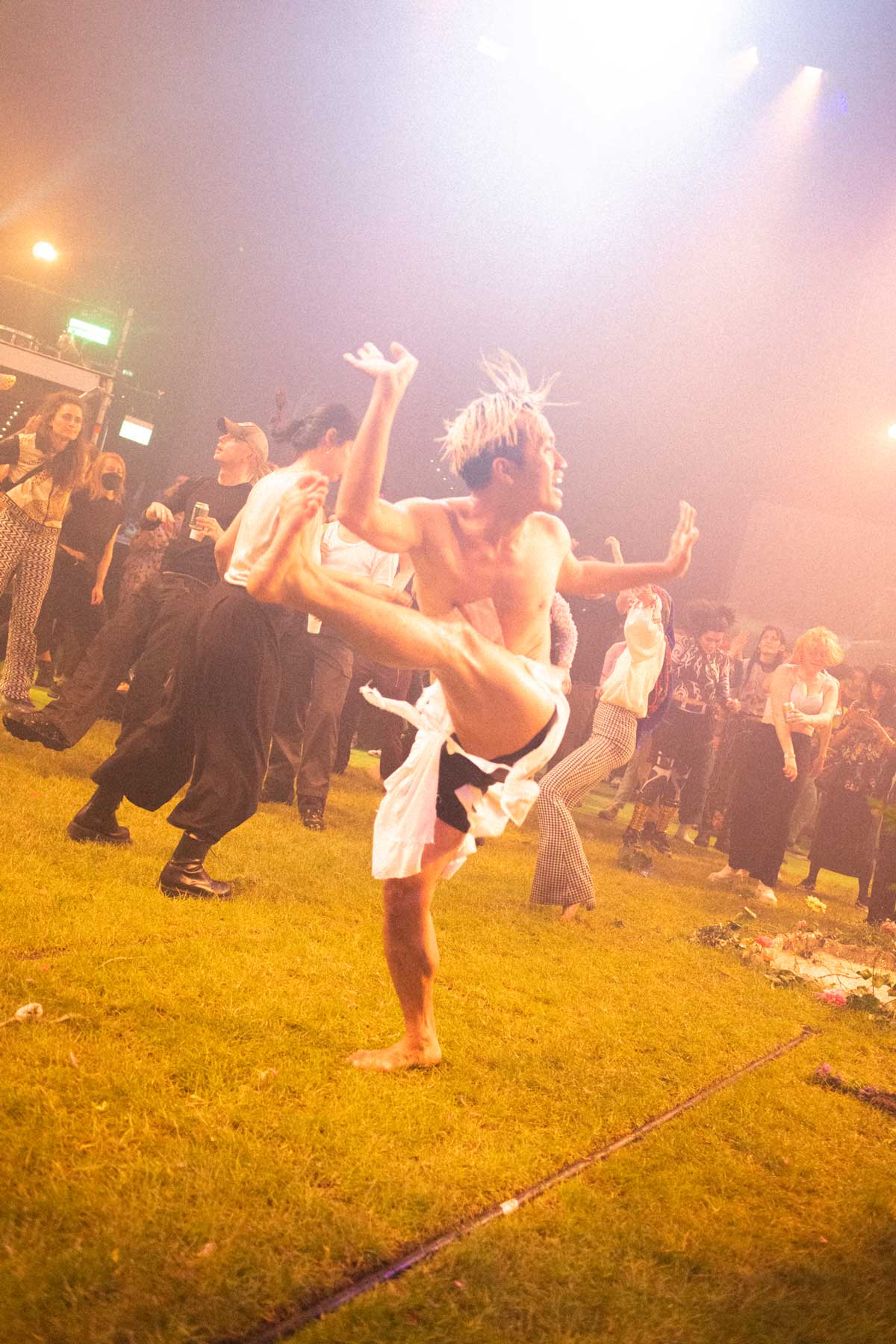 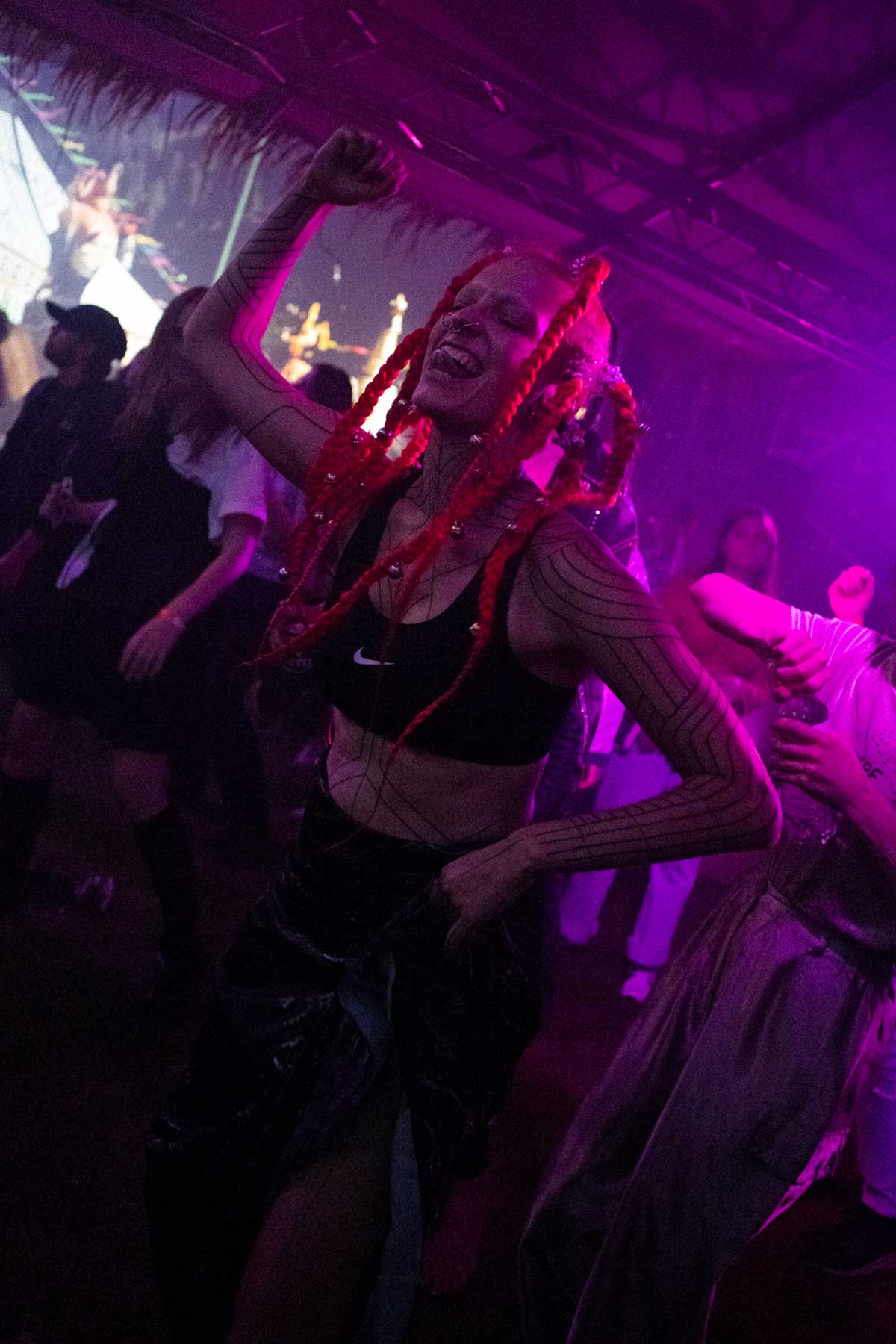 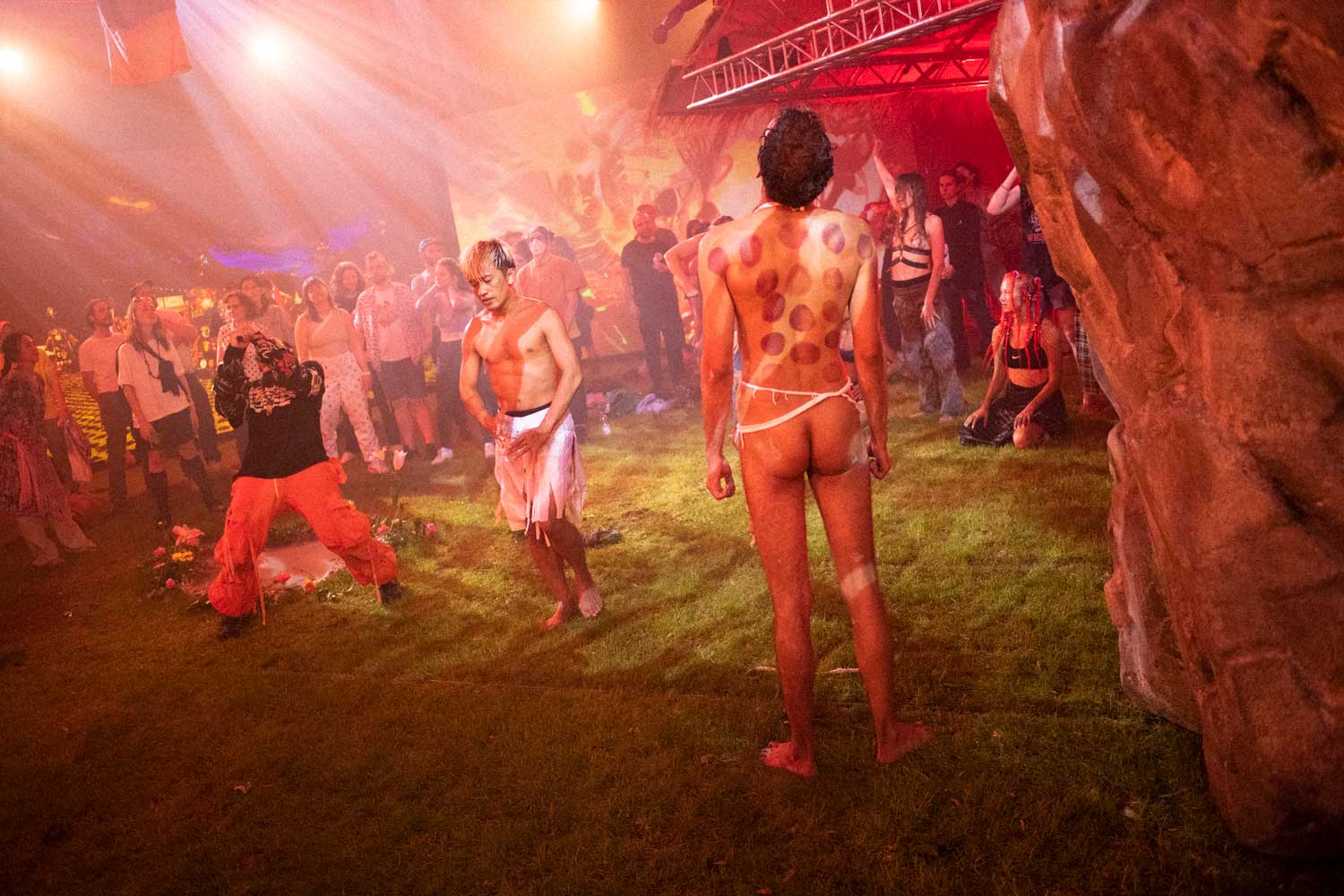 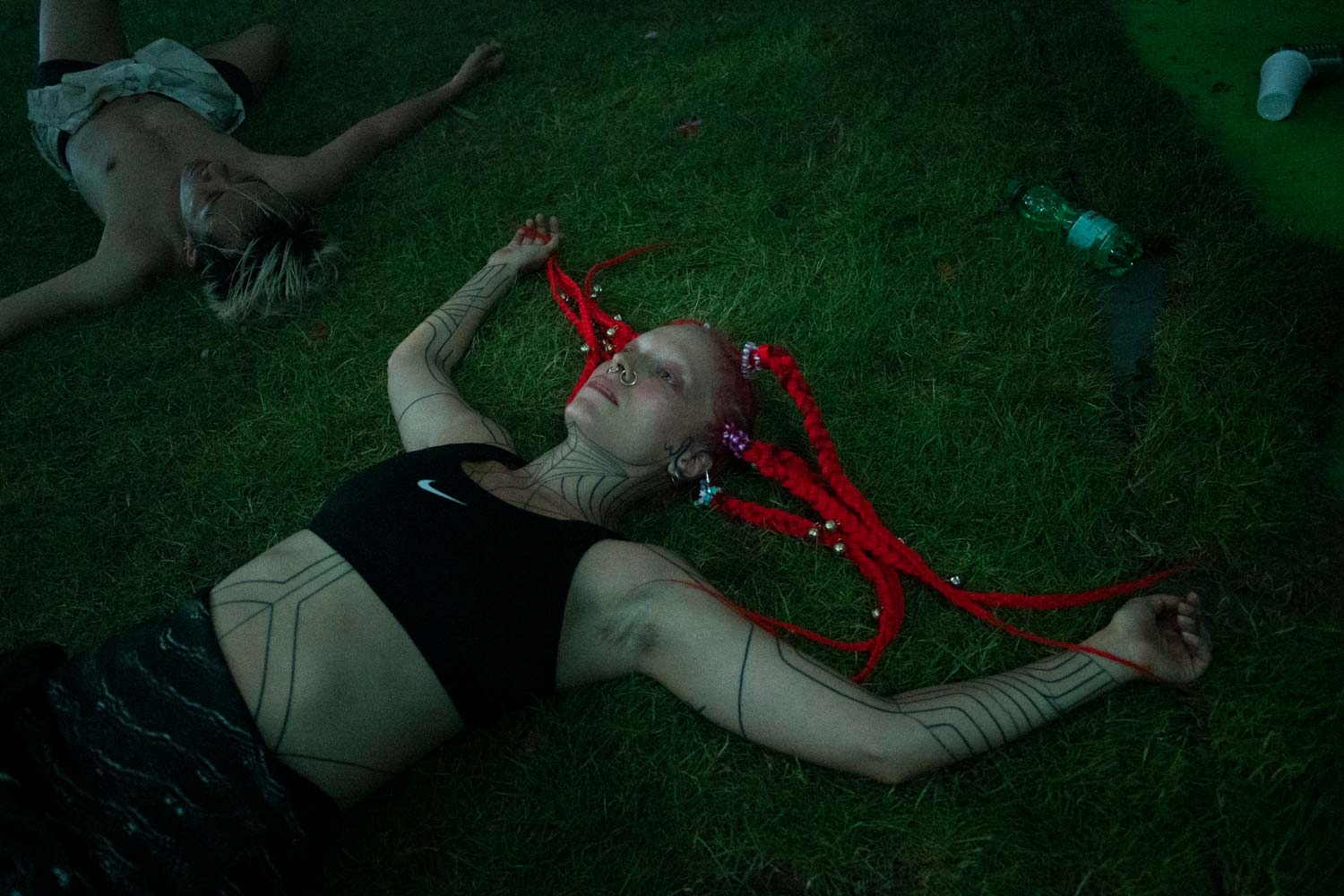 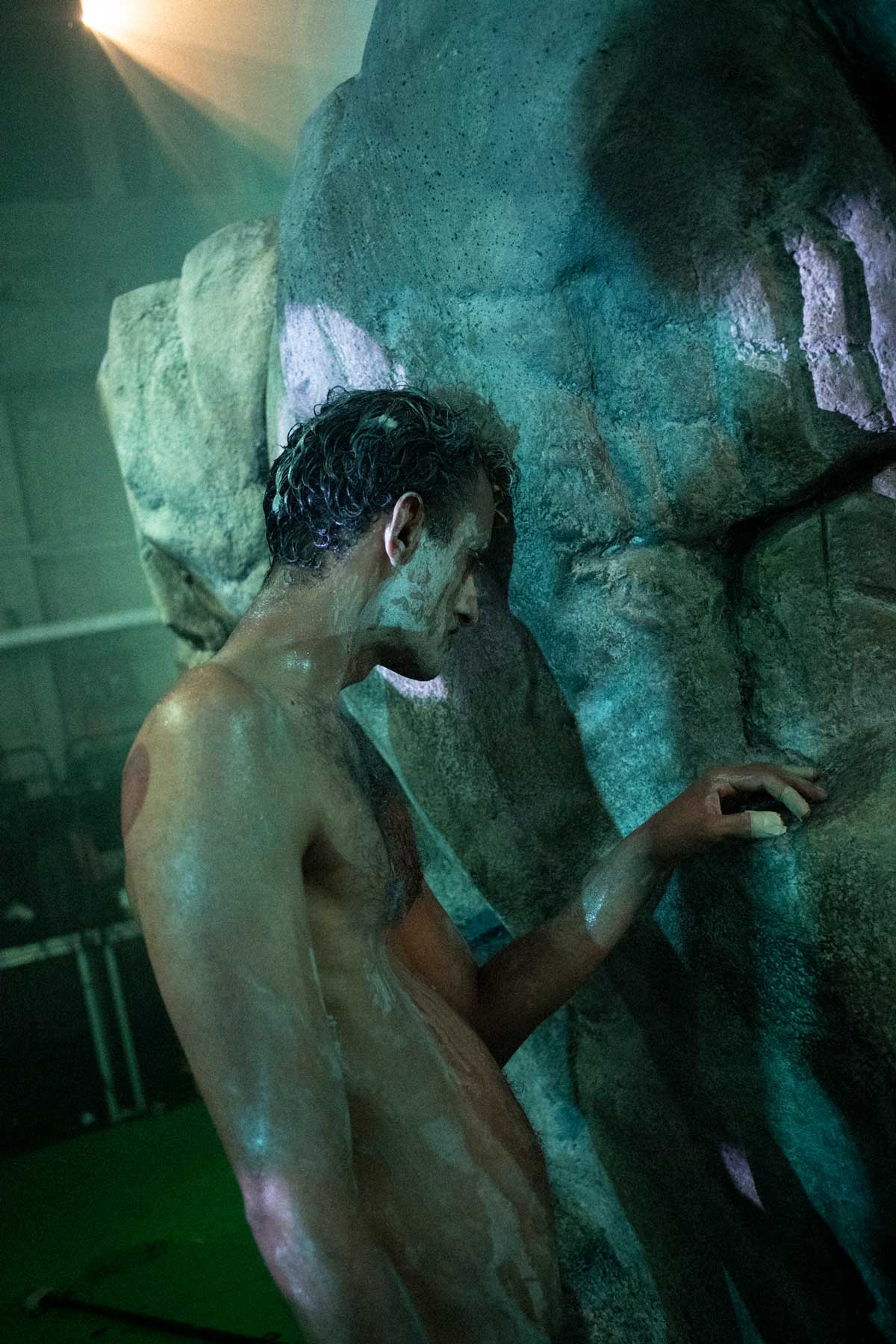 Attempts to write about the art of Tianzhuo Chen are bound to fail. They end in a buzzword thunderstorm that sounds something like this: pan-asian-shamanic-hyper-digital-queer-performance-ritual. A lot of labels trying to describe what you have to have experienced. Because Chen’s performances have a critical element: ourselves. So, instead of staying with the habitus of the savvy art expert, it’s a matter of immersing yourself in Chen’s world. Switch off the brain hemisphere influenced by scholastic delusions of interpretation and enter into pure experience. From this point of view, this interview will hardly offer any added value, but after his performance “Trance” we were able to get to know Chen’s way of working and his artistic attitude in a conversation with him. So who is this guy who sent us through all possible emotional stages for eight hours?

Why does a performance like Trance have to last eight hours. Aren’t you afraid that the audience will get bored?

The piece is actually longer [laughs]. The reason it only takes eight hours is because of the work guidelines for technicians in Germany. They have to take regular breaks. Apart from that, it takes time for the performers and the audience to get into the state of trance, they have to spend enough time in the environment we create. They need to open up and immerse themselves in the piece. The performers go through this transformation within the piece itself. The performance begins relatively statically in a space that the audience enters. Then it moves to a second room where the performance slowly picks up speed and the performers get physical. Until they finally disengage from their bodies. It simply takes time for these steps.

“I’ve met monks sitting in front of the temple with their cell phones, watching TikTok, and you think to yourself, isn’t that Taylor Swift?”

While researching for the performance, you participated in rituals in Tibet and have explored the state of trance. What fascinates you about spirituality and shamanism?

Many Europeans take the subject of spirituality very seriously. They for example, come to Bali, live in their villa with a swimming pool and do yoga every day. They say funny things like that, they share energy and bullshit like that. For me, the truth is very different. I’ve met monks sitting in front of the temple with their cell phones, watching TikTok, and you think to yourself, isn’t that Taylor Swift? I see spirituality more as an artistic means that I can use to create a certain effect. People shouldn’t take that too seriously.

Speaking of artistic means. How do you go about developing a piece?

For the time being, I have developed a structure consisting of six chapters. Each chapter has its own story, which is told in scenes. Then I assigned characters to the performers. That was the starting point. Then we started rehearsing. In this process, the actual piece emerges, because we try things out – keeping some and discarding others. The performers and musicians contribute a lot of ideas themselves. That’s how the choreography slowly emerges. It’s not about performing a character. It’s about growing and developing in the space. I just provide the structure, the framework that the performers fill. 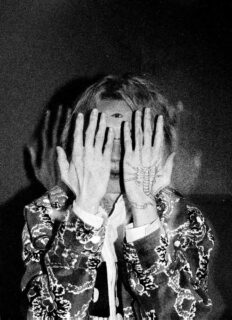 “This just creates a new category or label, but it doesn’t do justice to the artists’ work. Especially since majority white people are quasi-patronizingly deciding to let these artists play in their formats now.”

Your performance is a collage of many elements such as dance, music, projections, installations, etc. into a coherent performance?

It’s all much less planned and designed than you might think. A lot just happens naturally. Much simply results from the collective. It’s not that I think that you need this reference at that point and that theme is hinted at there. There’s no genius mastermind hiding symbols and meaning for the audience or the critics to interpret like they teach you in school.

As a viewer, you naturally ask yourself questions and would like to be extra smart when it comes to uncovering references. What do you think of that?

In classical theater, the audience is seen more as an object watching the performance and, from this distance, naturally tries to interpret the play. Especially in Germany and Austria, the audience feels very comfortable in this intellectual observer pose. In my performances I try to break through exactly this boundary between audience and performers. So that they can get out of the rationality and dive into the feeling and become a part of it. So it’s not about understanding, but more about immersion.

Does your approach free the audience from adopting this cultural expert pose?

Freedom is exactly the right word. I don’t care if people leave after one hour or after eight hours. They can drink something or eat something. They can look at their smartphones or talk for all I care. But they can also interact with the performers, get up, dance, hug them or jump around. I reject this pressure to behave and passively attend a cultural performance.

“There’s no genius mastermind hiding symbols and meaning for the audience or the critics to interpret like they teach you in school.”

How do you yourself deal with labeling in art. When people write about you, they often refer to you as a “Chinese artist” or “Asian artist.” Can you relate to these attributions?

There is this new tendency in the so-called West to deal with the colonial past and to integrate artists from the Asian or African countries in formats such as Documenta – not speaking of the scandal. For me, this is a difficult issue because curation often seems to function only according to a checklist of minorities. At the same time, this again stirs up expectations in the audience to look for and interpret any identity-political or cultural contexts. These labels reduce people to a cultural background and scratch the surface a lot. This just creates a new category or label, but it doesn’t do justice to the artists’ work. Especially since majority white people are quasi-patronizingly deciding to let these artists play in their formats now.

“Trance” is a theatrical event originally designed to last 12 hours, developed and curated by director and visual artist Tianzhuo Chen. He has interwoven dance, performance, visual art and music into an installative performance. The audience can move freely through the installation and experience a sequence of tableaus, scenes and settings of various kinds, in which motifs of Far Eastern spirituality meet a kaleidoscope of digital images. The audience itself becomes part of the performance and slowly enters the state of trance. It was shown at Kampnagel Hamburg in June 2022.