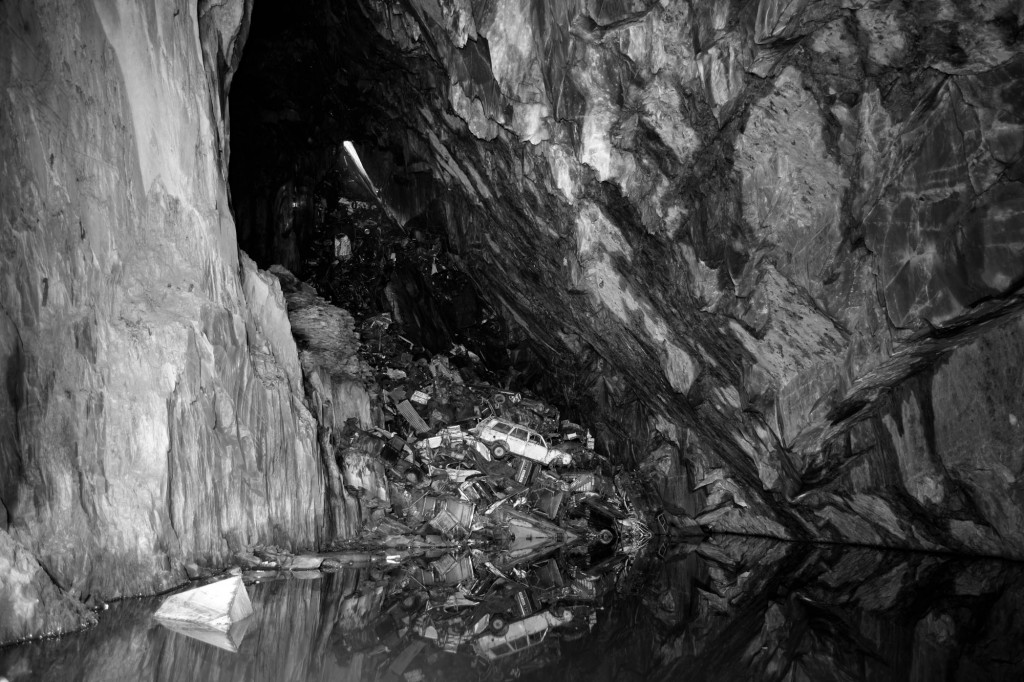 Deep under a mountain in Wales is this abandoned slate quarry where the local council dumped scrap metal into in the 1960s/70s. 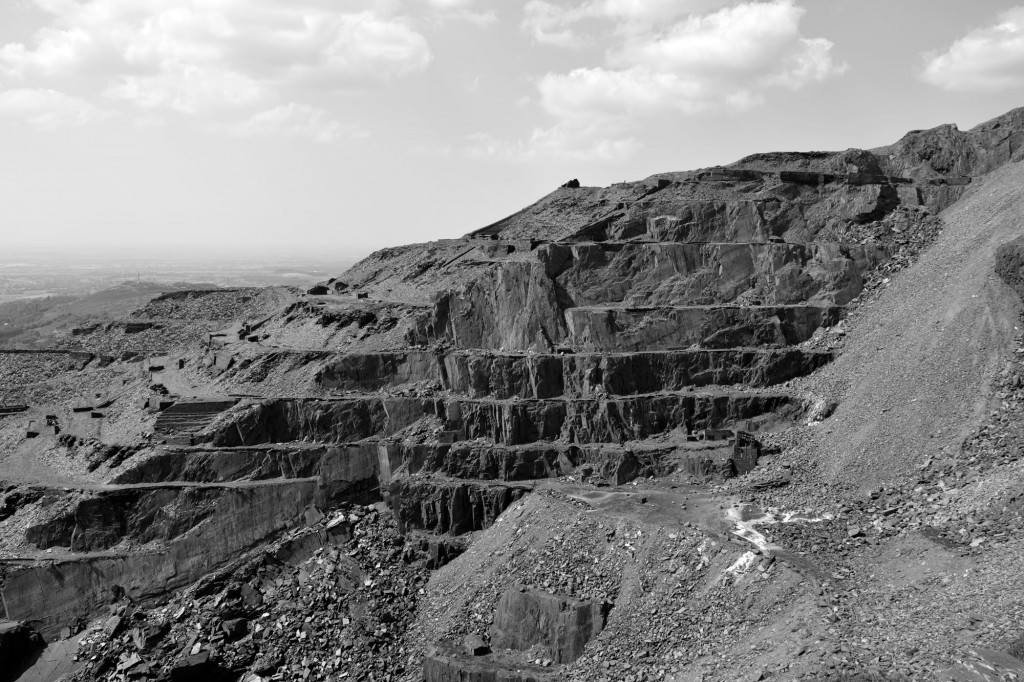 The remnants of the slate industry still loom large over parts of Snowdonia, no more so than this quarry. 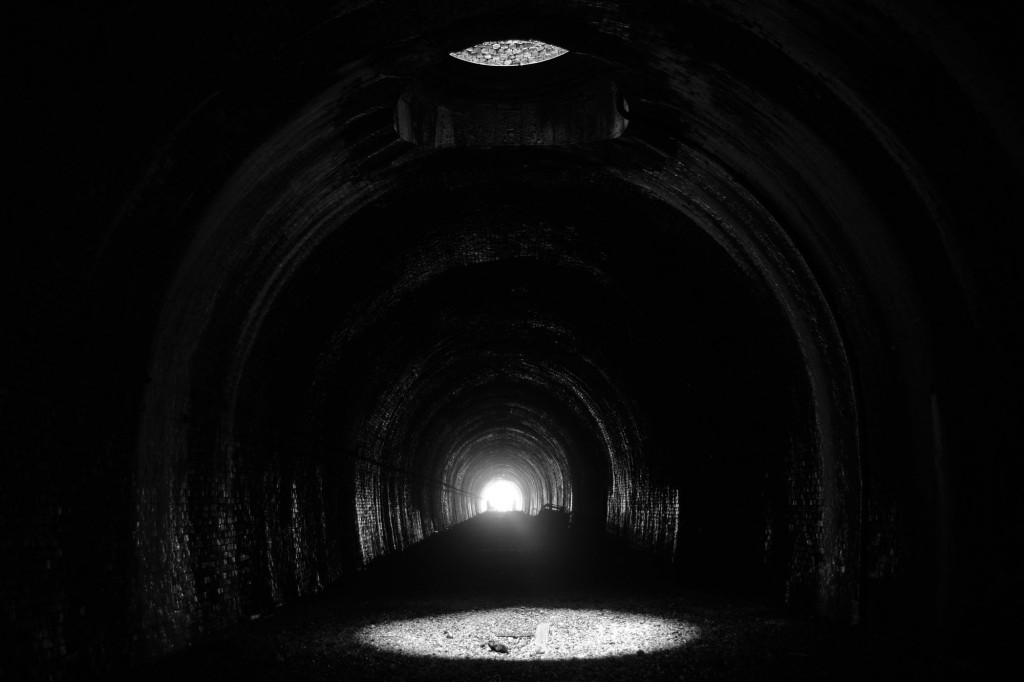 An abandoned train tunnel in the South Wales valleys that has been bricked up but is somehow inhabited by burn out cars, something you used to see a lot when Taffy was growing up in the 80s/90s. 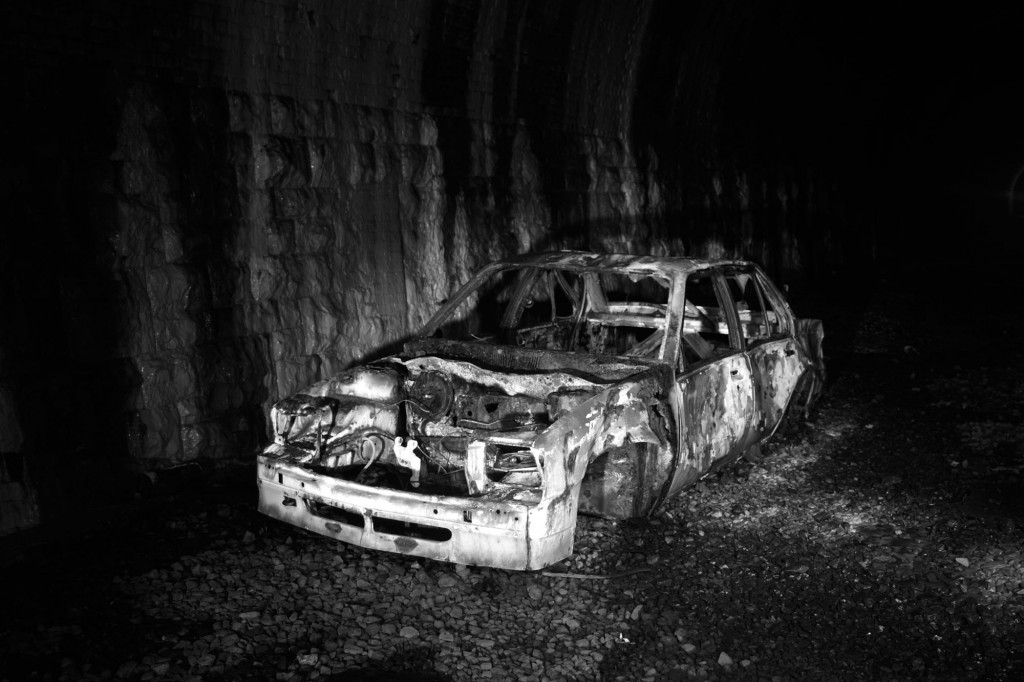 One of the burnt out cars in the train tunnel. 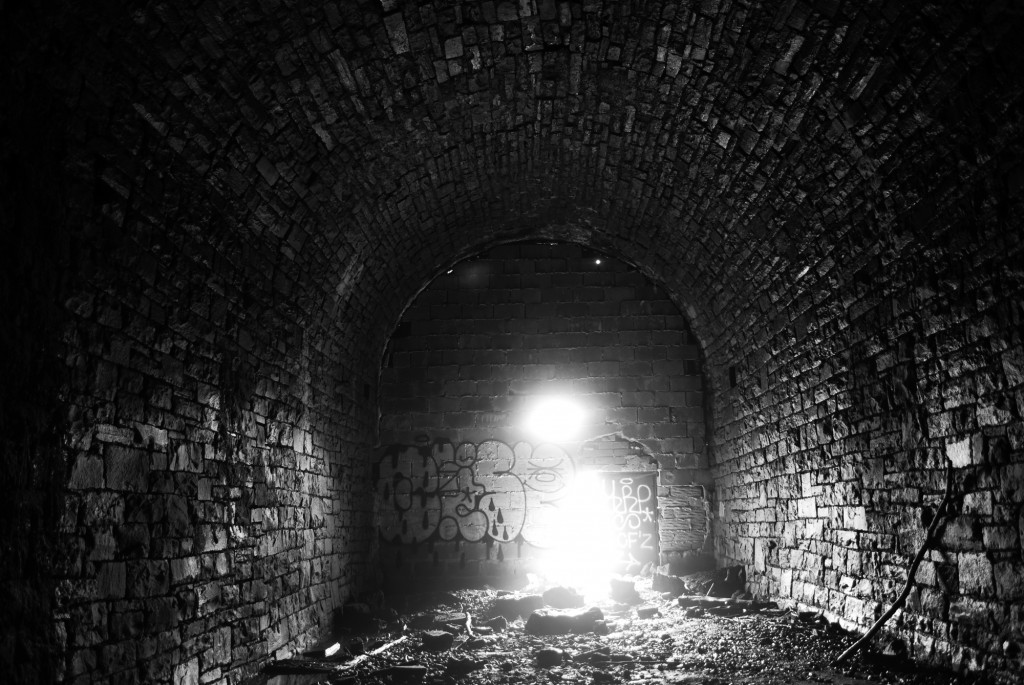 Another bricked up train tunnel, some locals have made holes in the wall to gain access. Although this tunnel doesn't lead anywhere as the other end is filled with water to the roof and the entrance has collapsed under a landslide. THE TAFFY (CERES) X FLUORESCENT SMOGG — HIRAETH BOXSET 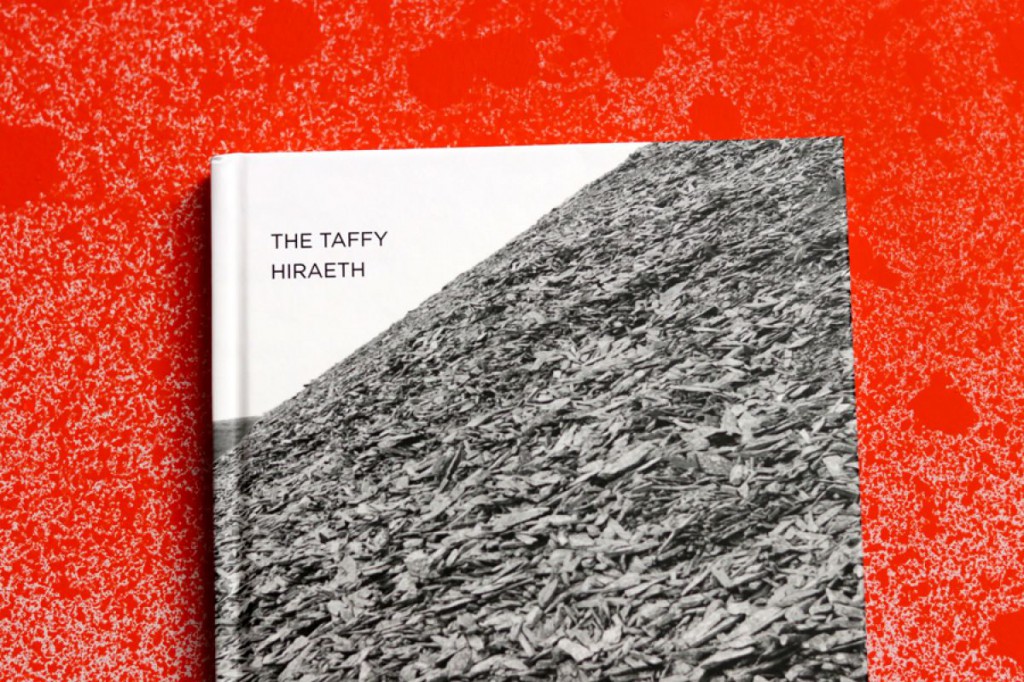 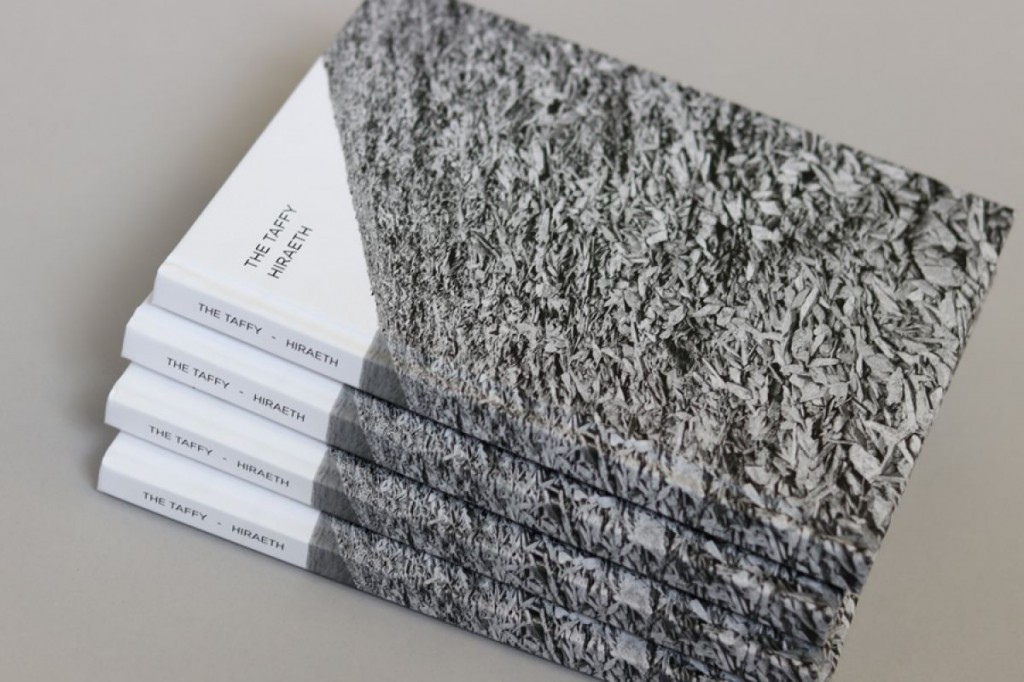 The Taffy has a new book and you need to get it. The well travelled Welshman shares some exclusive glimpses into his most recent publication and talks about some of his recurring motifs. Having a rather moving background story, his imagery is as calm as intense.

Walking a thin line between his individual concerns that simultaneously have a universal relevance, The Taffy manages to work with an imagery that represents his hometurf, but with a global gaze. His new book is titled ‘Hiraeth’, „which is a Welsh word that doesn’t directly translate into English, but basically means a homesickness for Wales, the landscape and the past. The book is a pictorial journey on my take of that word and concentrates on the abandoned mines, quarries and train tunnels that litter the landscape after the industrial revolution, a mostly hidden and forgotten world”, Taffy says. Hence, he merges Wanderlust and vernacular.

“When growing up, I used to go North Wales a few times a year to see family, and my dad would point out all the slate quarries and name all the mountains as we passed. At the time I took little to no notice, but the information and the knowledge of these places was obviously always there and as I grew older I wanted to not only know their names, but to visit and climb all of them. My family on his side worked in slate quarries and on my mums side worked in coal mines and brick works so it all felt part of my heritage.
I also grew up in an area of Cardiff that was surrounded with abandoned railway lines, bridges, factories and even a freight depot. Obviously being a kid I was attracted to these places when playing with friends, and used to go there most days after school. But by the time I got properly interested in graffiti they’d all been demolished, left as waste ground or built on. I probably then didn’t take much notice of abandoned places for another decade, I’d moved to London and all I was interested in was painting trains, partying and travelling. But when I moved back to Cardiff, I made a point of venturing out of the city as much as I could to walk and climb and generally get fresh air, and because the landscape around the South Wales Valleys is littered with remnants of industry and abandoned spots and tunnels, it was a natural progression that I got interested in those types of places, bearing in mind I’d spent years running around live tunnels in cities around the world. The first abandoned train tunnel I found was by accident and then I did some research and found out there was over forty in South Wales, so obviously I had to check them out!

I was given a book about Wales’ industrial past, and couldn’t believe how many amazing viaducts, bridges, canals, railways and buildings had already been demolished. Wales is a pretty poor place, the profits from the Industrial Revolution went elsewhere, so there’s no money, and not much interest, to look after this type of heritage and they’ve either been left to rot or been flattened. Considering that Wales was one of the largest exporters of coal, slate and other minerals in the World and Cardiff docks was the busiest port in the world, there’s not much left to see, which is probably another reason why I like documenting what’s left.”

Calling the absence of something a motif might be reaching a bit too far, yet the inanimate and rather static nature of his works is striking. As bare necessities turned into habits, The Taffy reflects on the development of his artistic choices. “I guess I’ve always felt the best photographers of people are essentially voyeurs. The best graffiti photographers are concentrating on taking photos, while I’d rather be painting, and to take good photos on a night out it’s probably best that you don’t love beer, and unfortunately I do. In a way, I’d love if I was a great photographer of people, but it’s never really come natural to me, maybe my trigger finger is too slow! I remember telling people in the yard to move out of my picture, as I didn’t want a hot film to develop, now I cherish any action shots I’ve taken.

I never really intended to become a photographer, and only got a camera to take photos of my graffiti. I then started taking photos of the places I’d find myself, just in order to finish the film, as it seemed a waste to rewind the film straight after painting a train unless I had to. Photos of people on the same film as graffiti was always a no no for me, as I knew people who been prosecuted that way, and since then I’ve just carried on taking photos of places more than people.”

Hiraeth is available here via Fluorescent Smogg. Watch its trailer below.