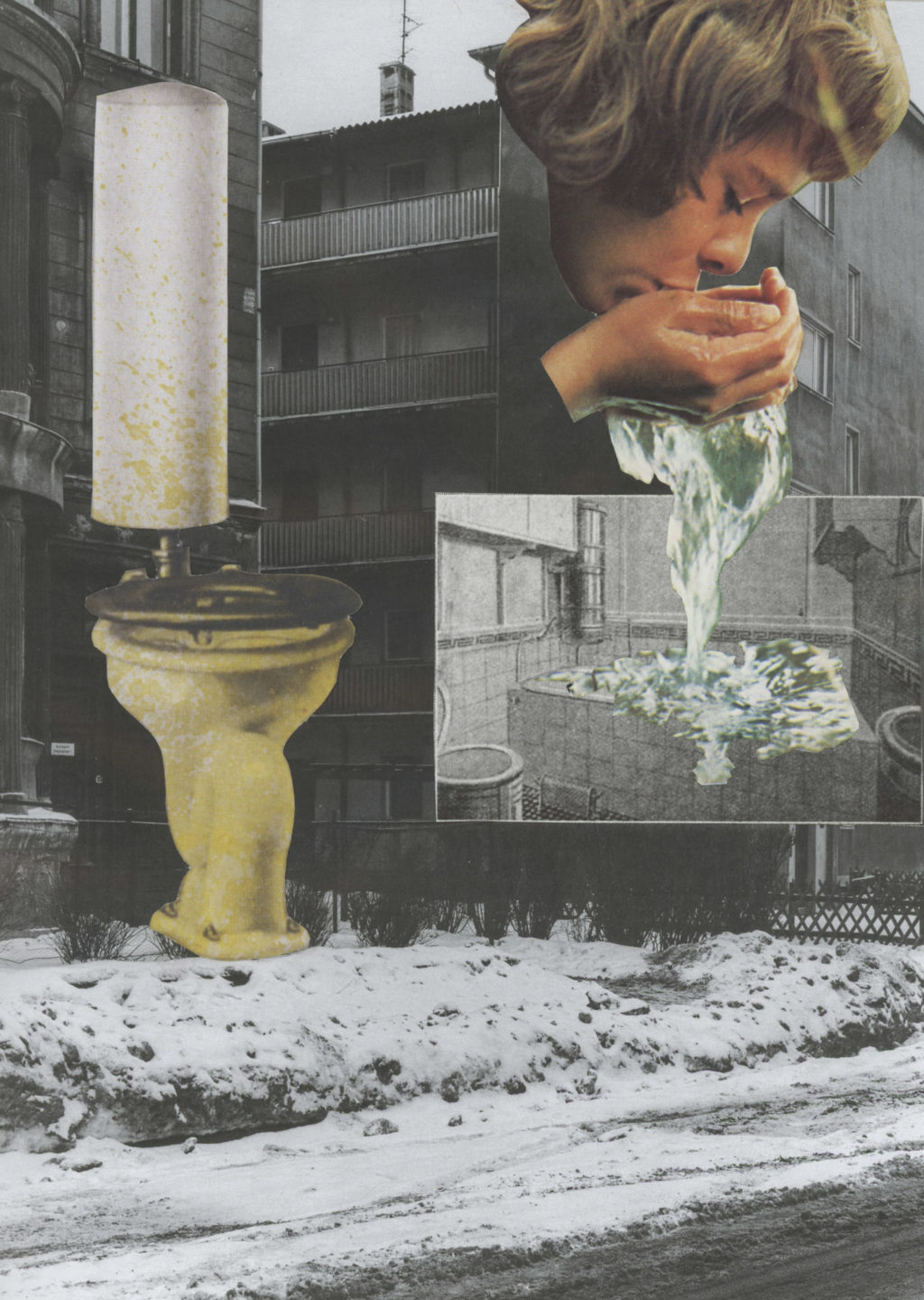 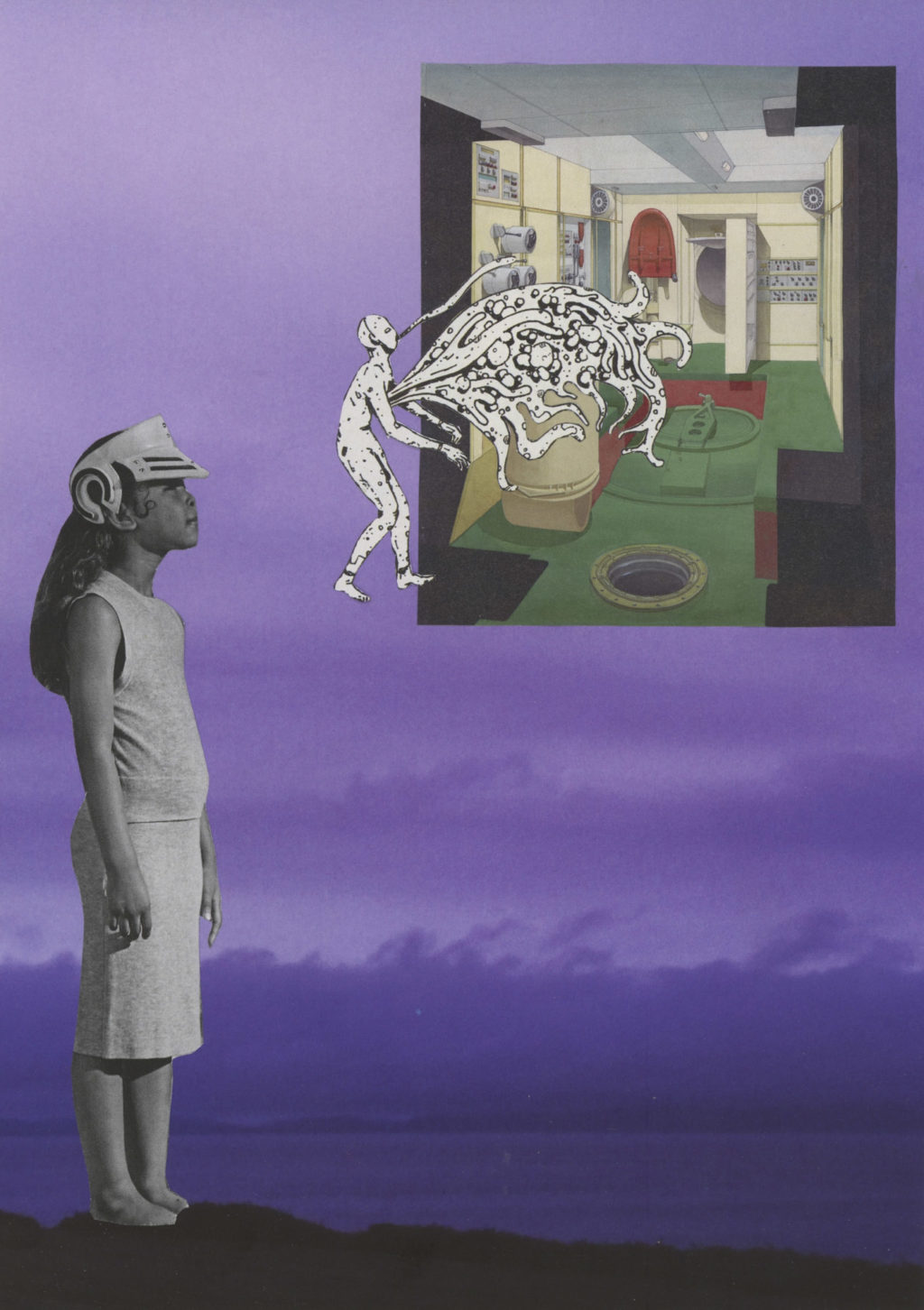 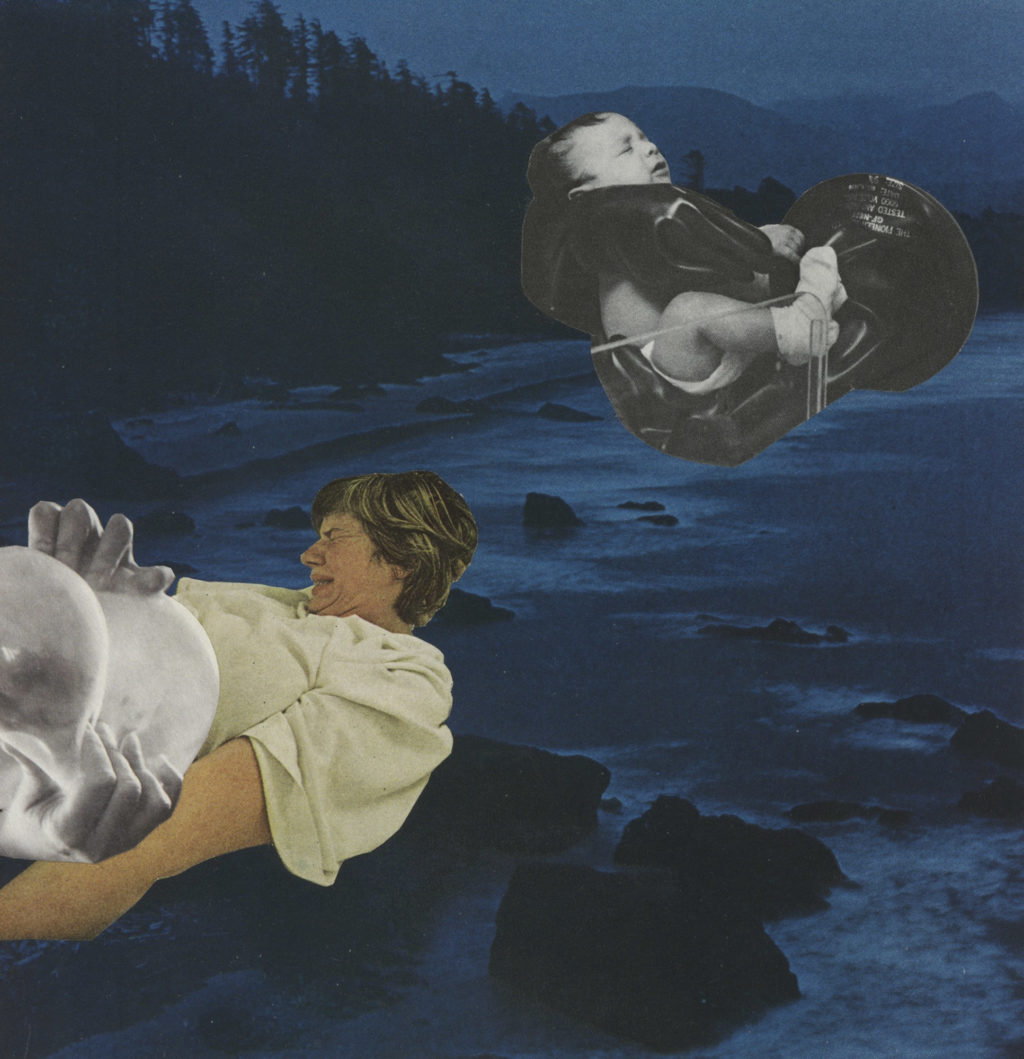 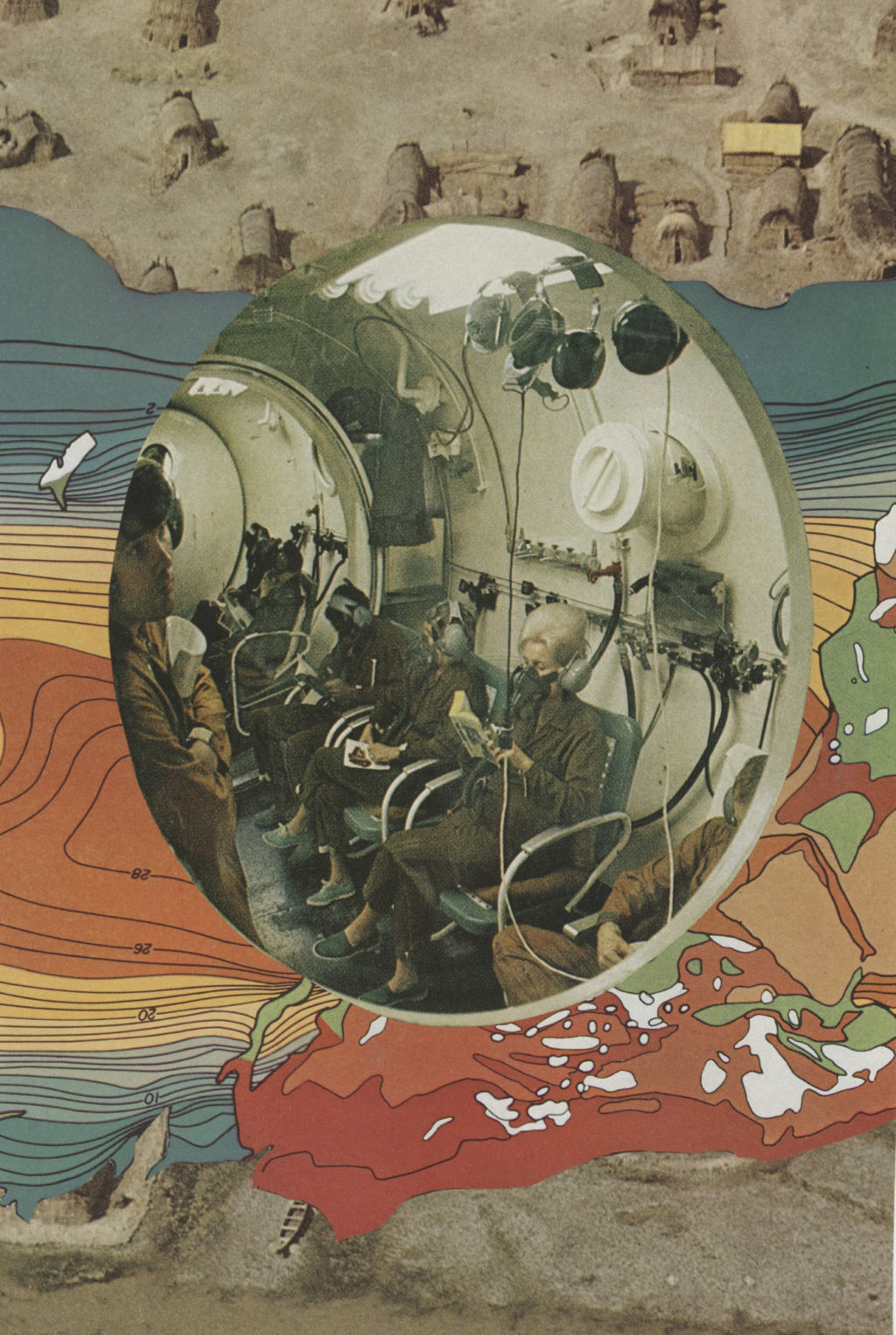 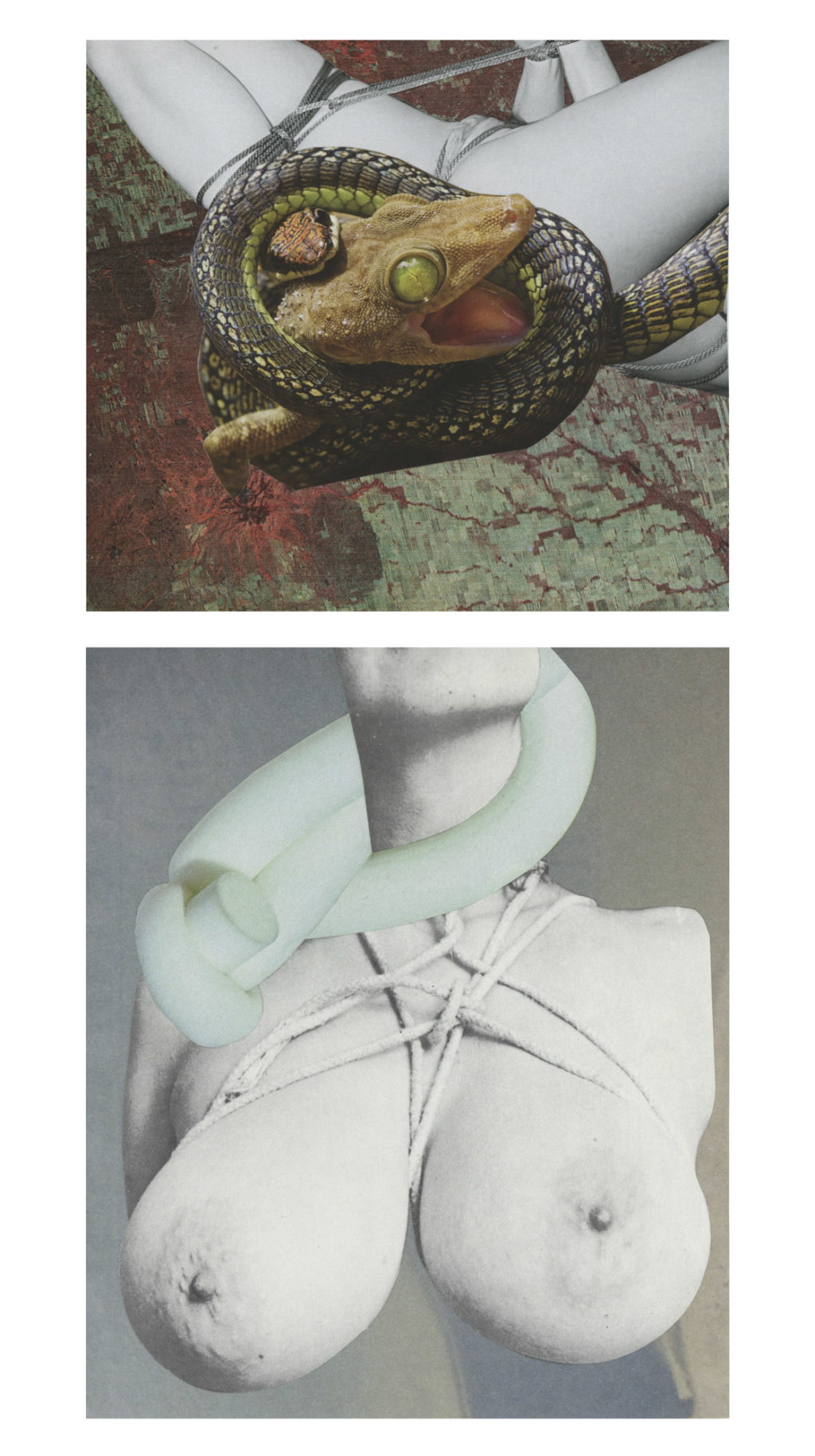 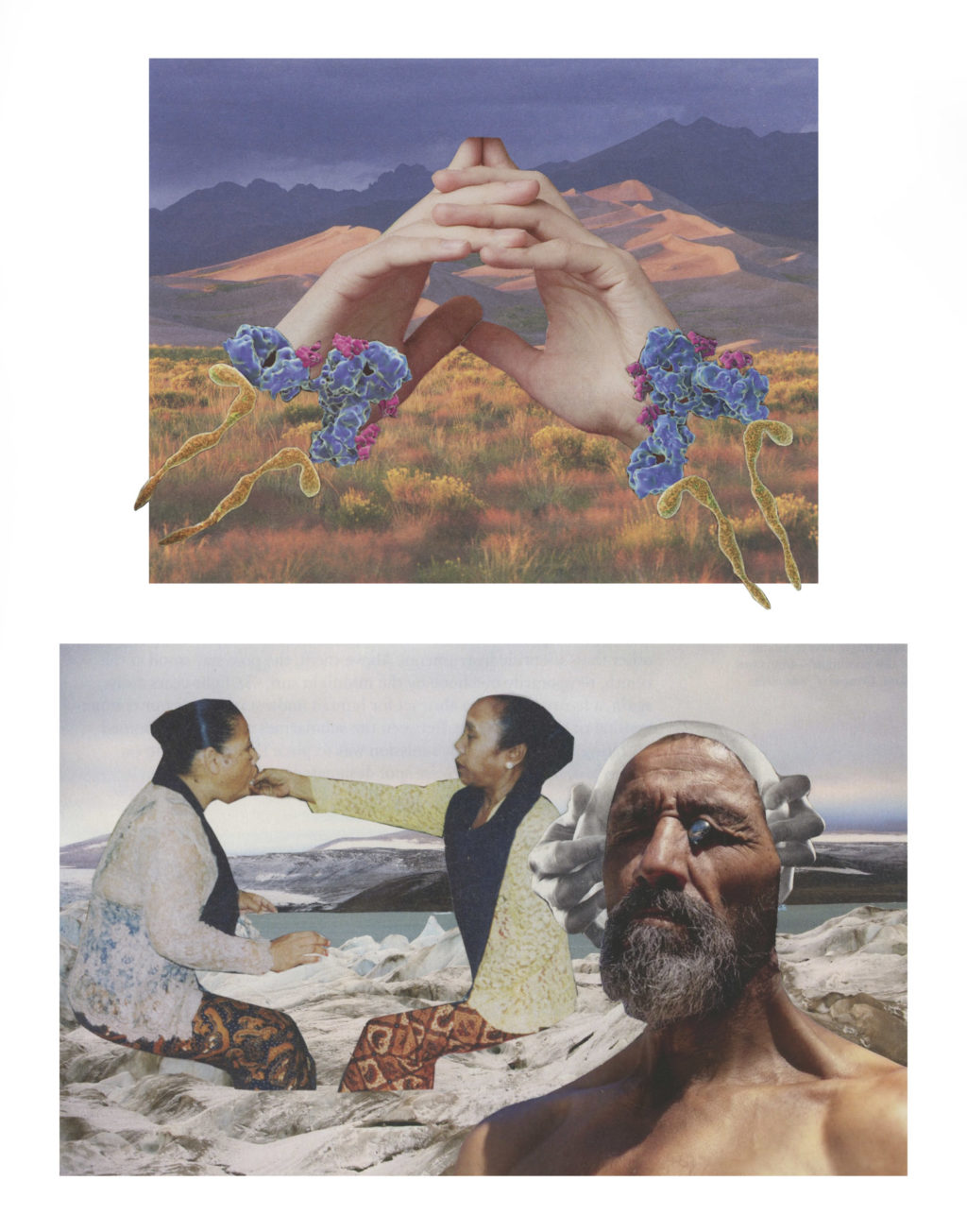 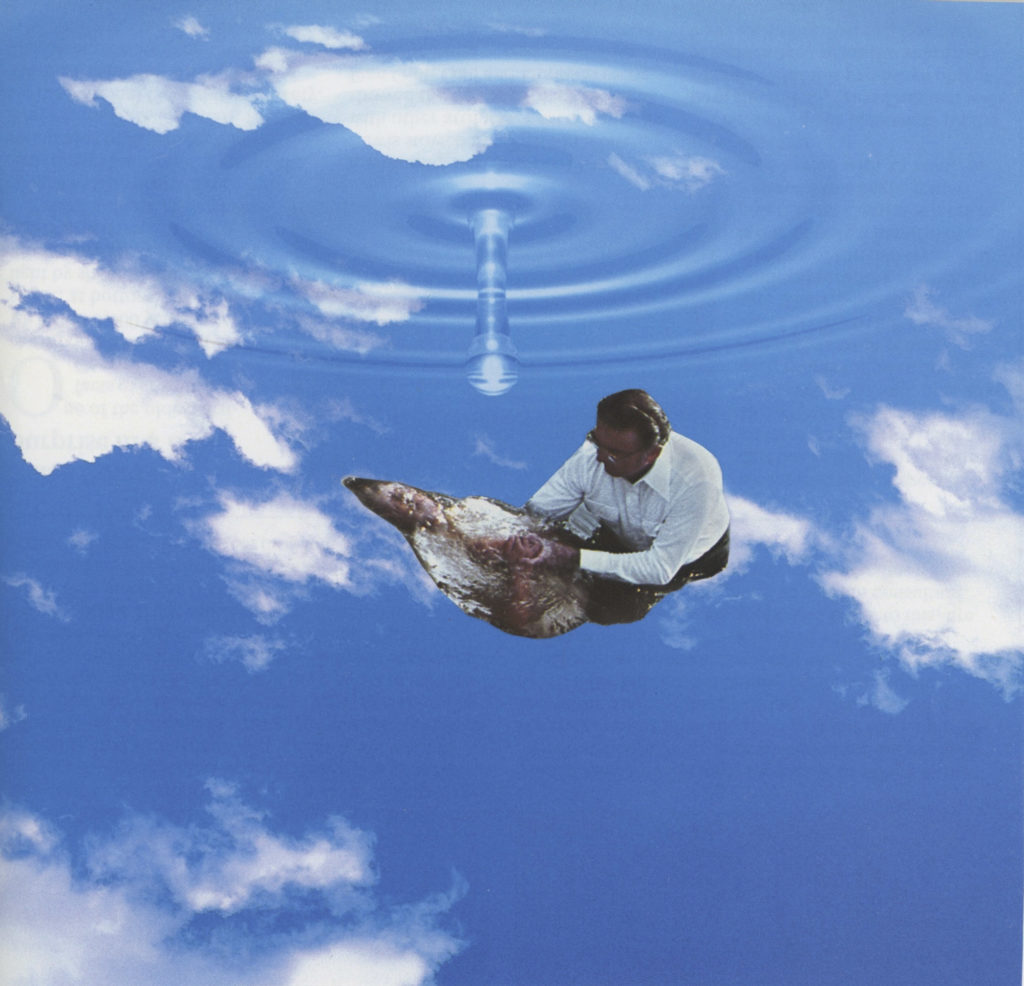 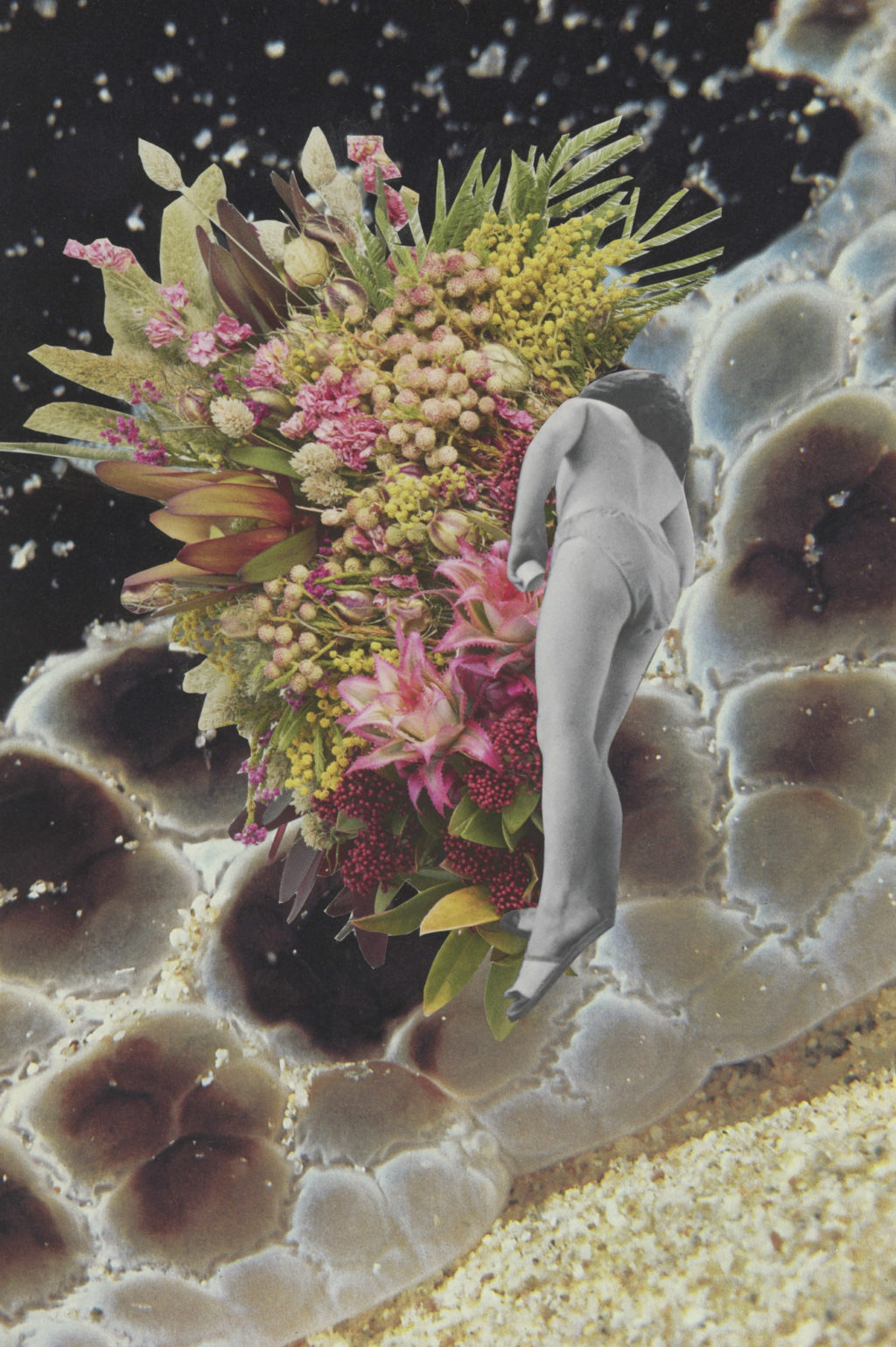 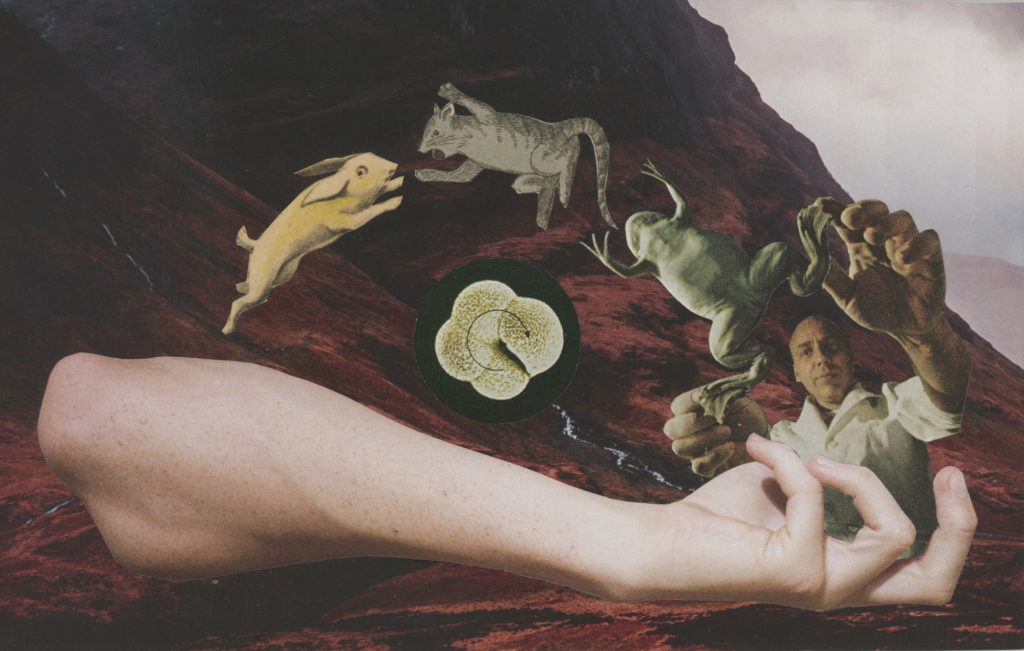 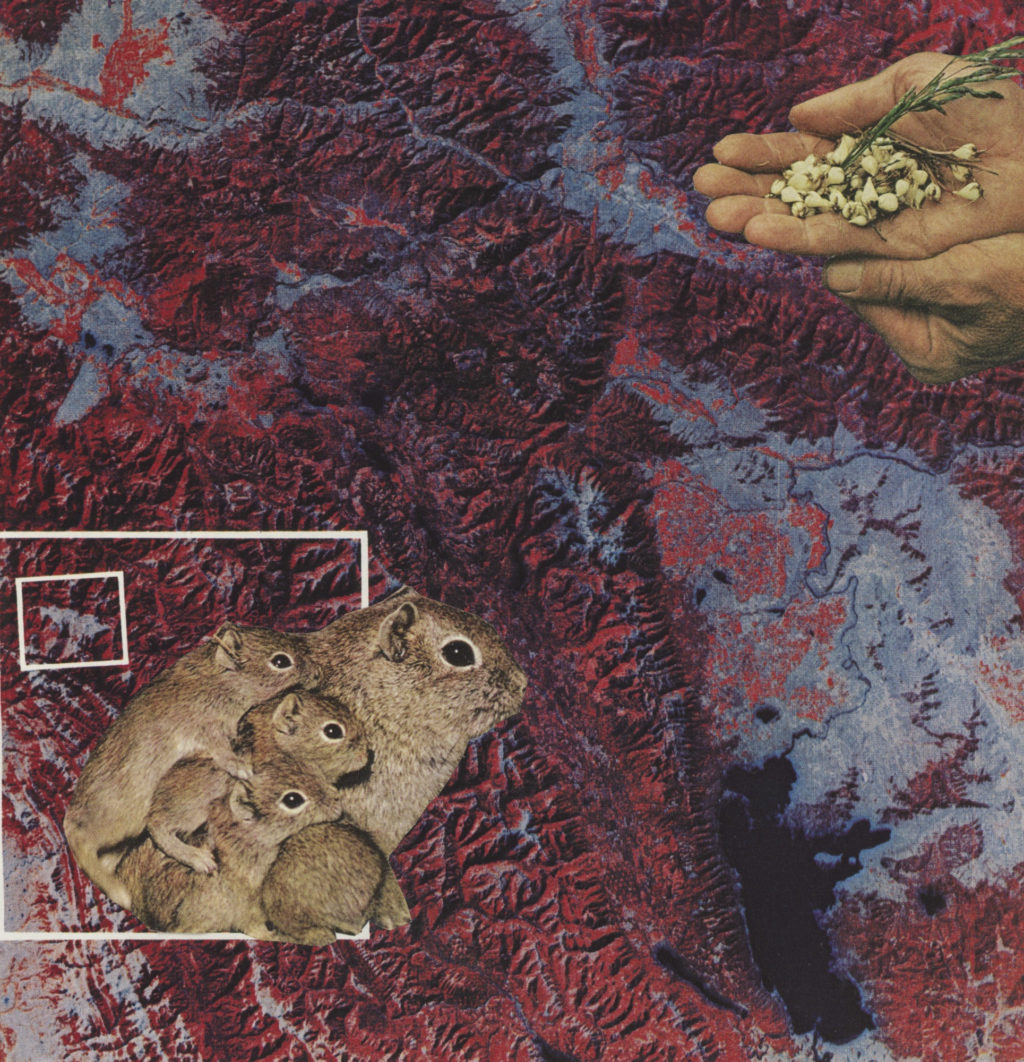 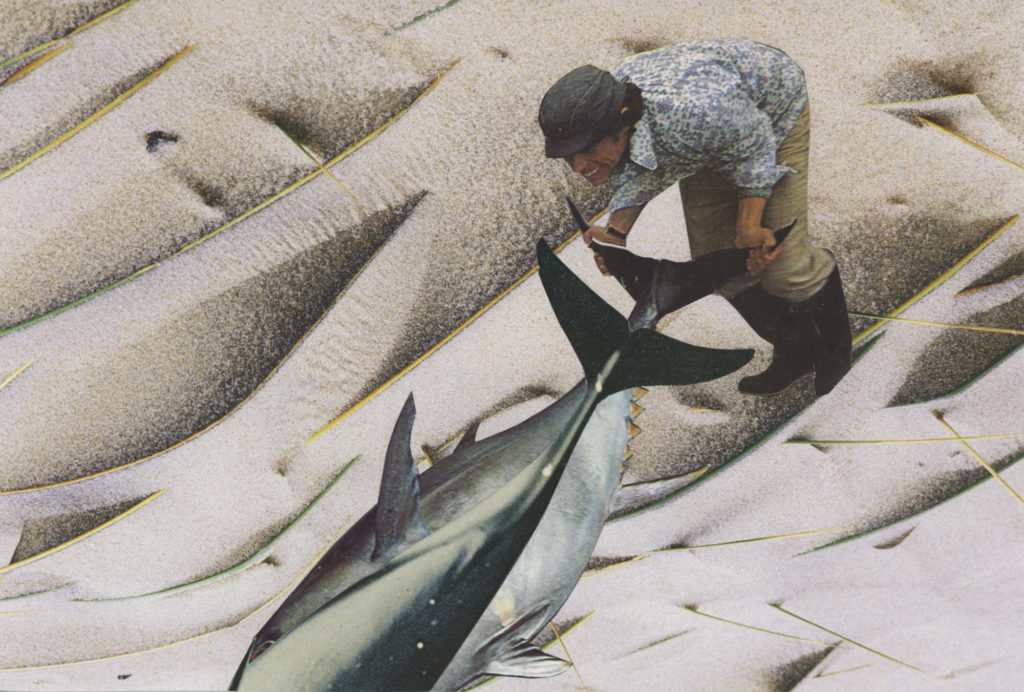 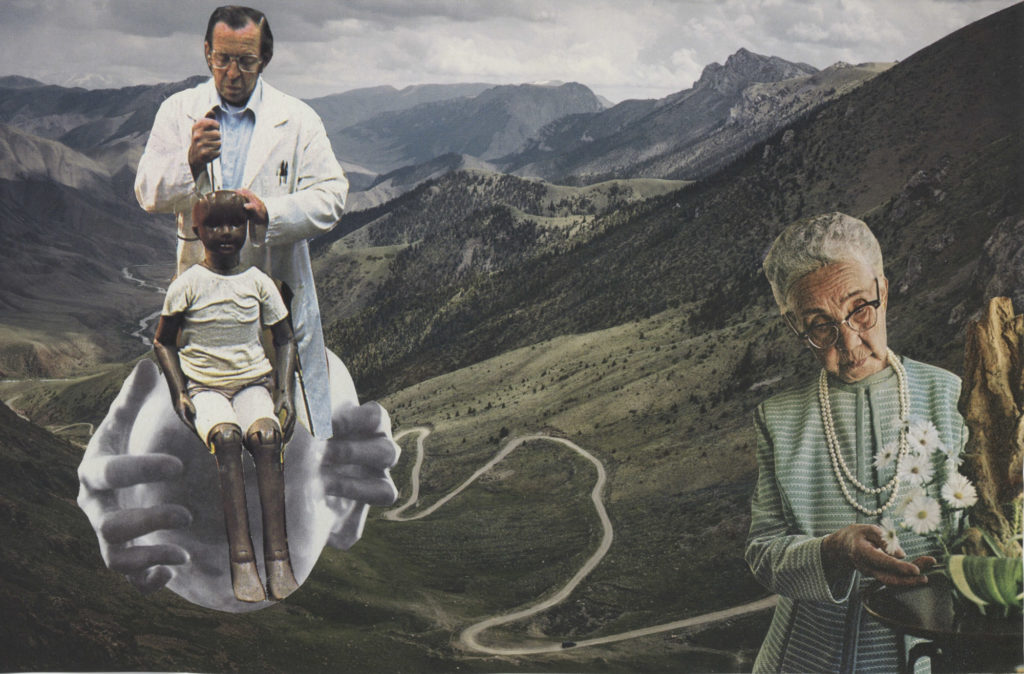 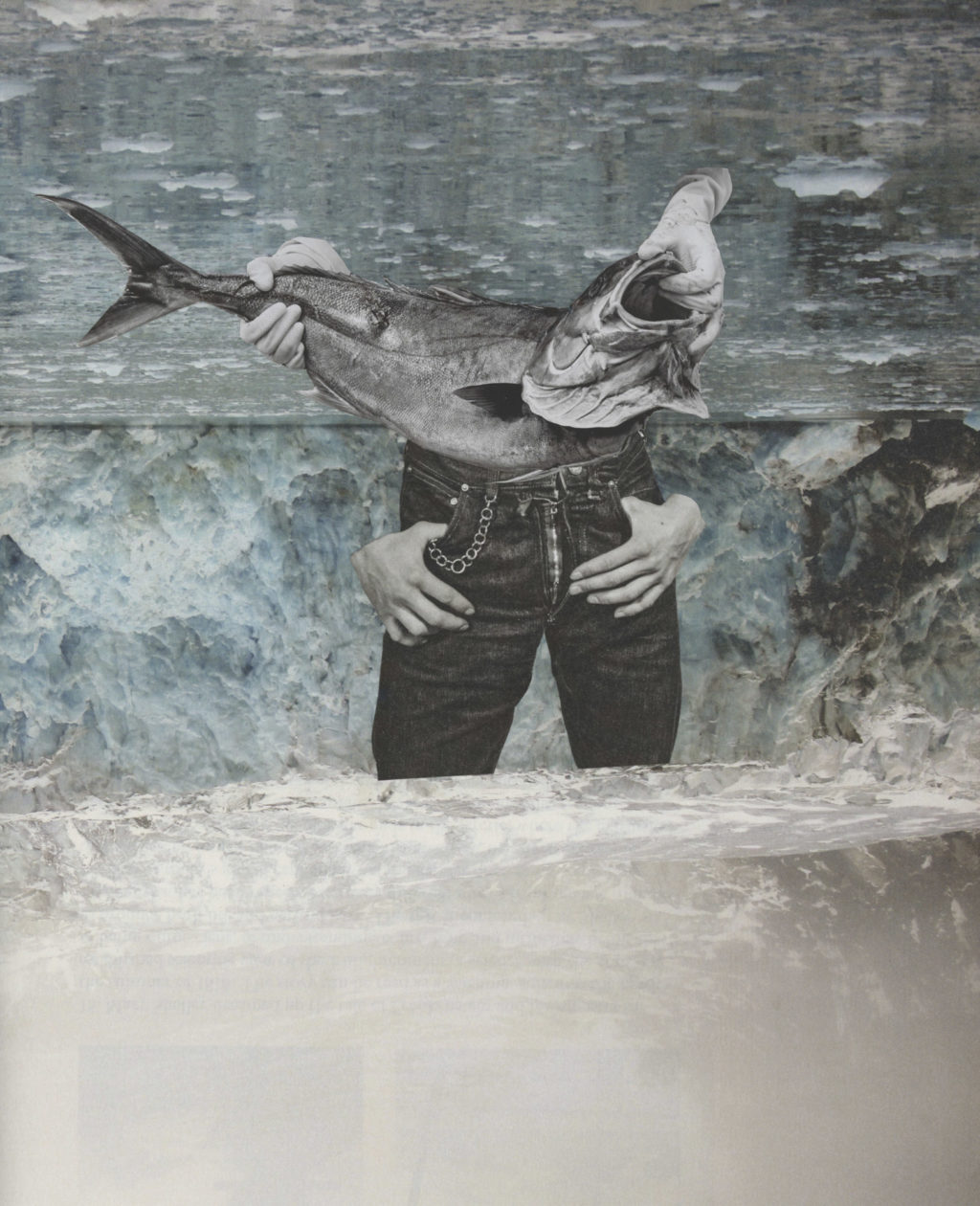 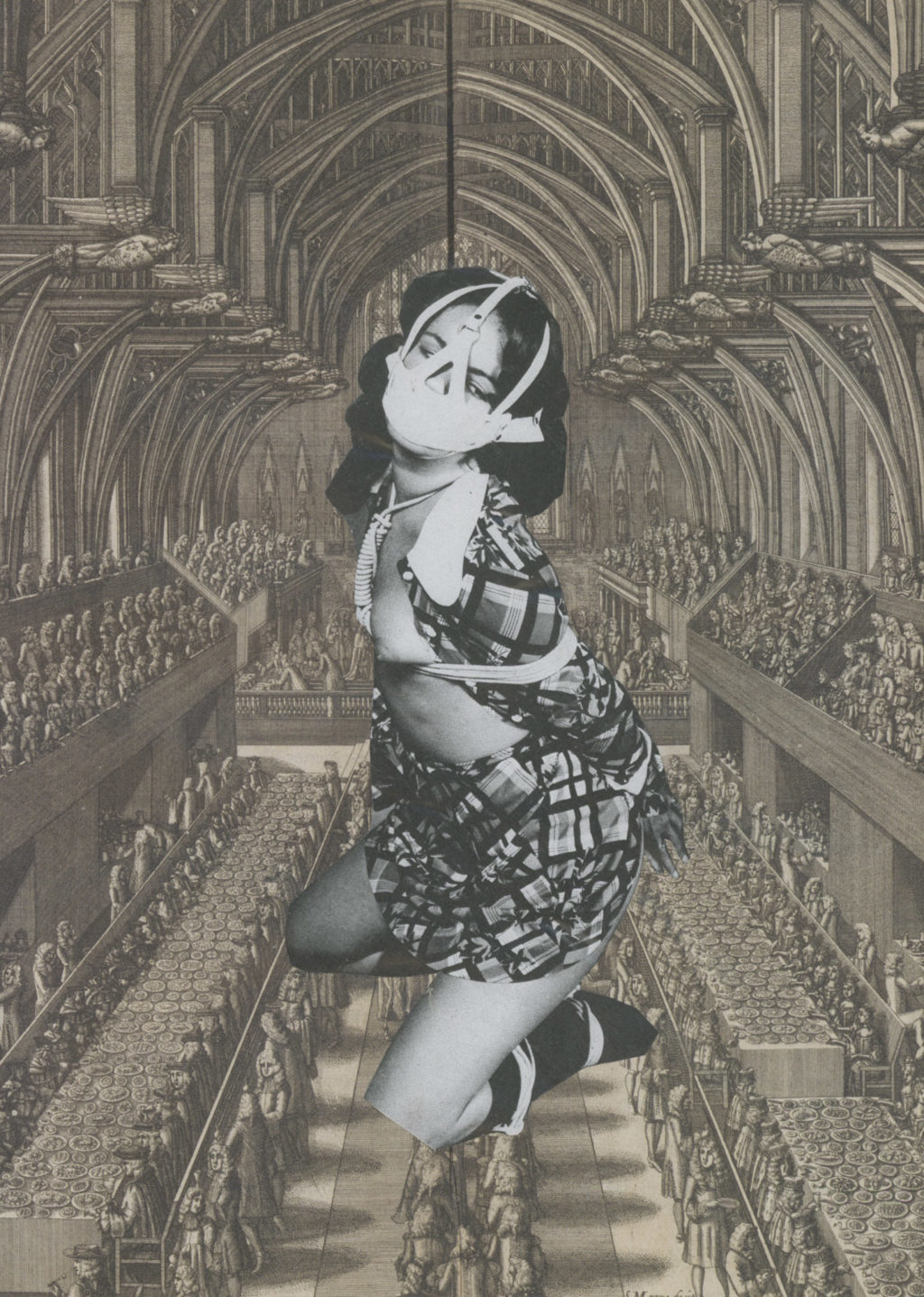 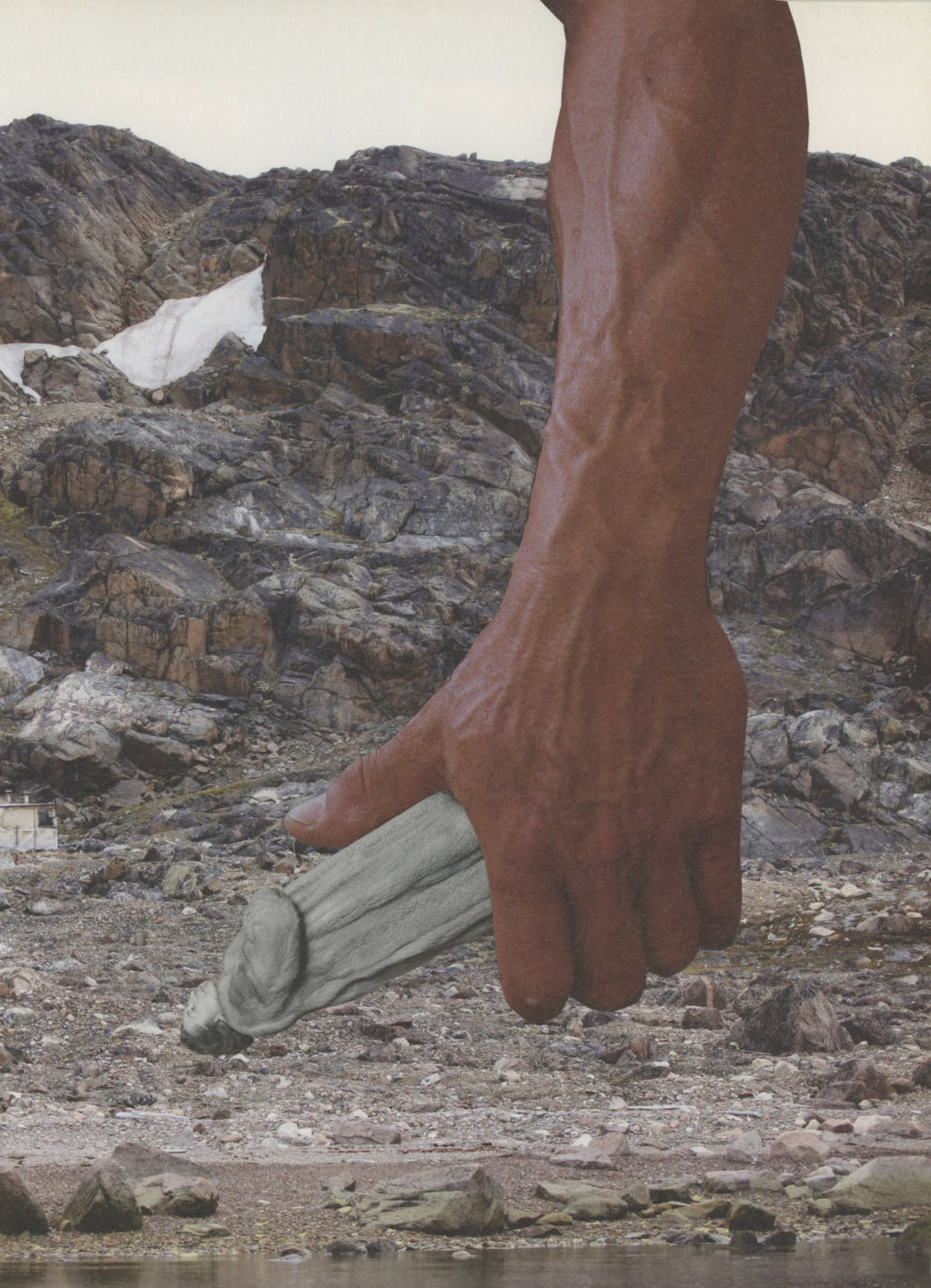 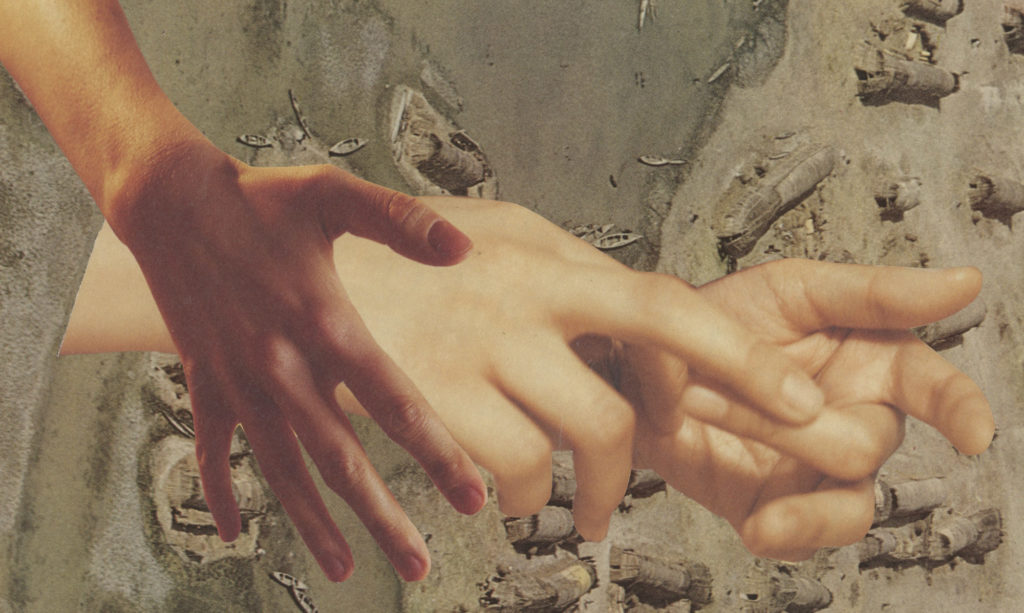 “As a human body, I am somewhat organised, with seemingly discrete borders and boundaries. My skin gives the illusion of a hermetic seal that keeps my intricate plumbing mostly from view, this body appears to me as whole, separate, and organised. But my body of water also breaches the skin sac – regularly, imperceptibly, and also in periodic and demonstrative gushes.”

This series of collages, titled Squeeze, is a consideration of watery embodiment, fluidic anxiety, ambivalent desire and queer eroticism in the time of Covid. The simultaneous yearning and fear of human contact is felt through an overwhelming presence of hands, gloved or naked, reaching out to touch other bodies, whether human or other-than-human. There is skin hunger and bodily fluids, and other fluids too: water and toilets and snow and the sea, underlining the hazy boundaries of human embodiment that have been underlined by Covid. A watery body sloshes and leaks, excretes and perspires. Its depths gurgle, erupt. A body of water also extends, transcorporeally, into other assemblages: watershed, cistern, sea; and other bodies that were human, vegetable, animal, and hydrogeological (Neimanis). Throughout Lam’s collages, while there are crisp lines and clear divisions between the source, water appears frequently, as a tense mediator between fleshy bodies, and as a body itself.