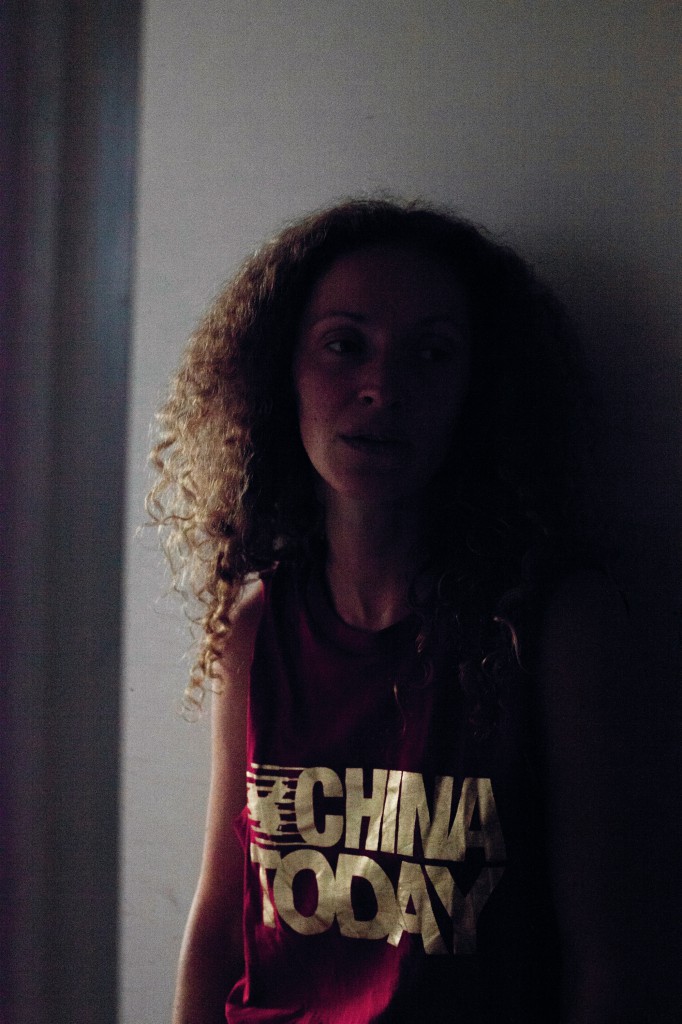 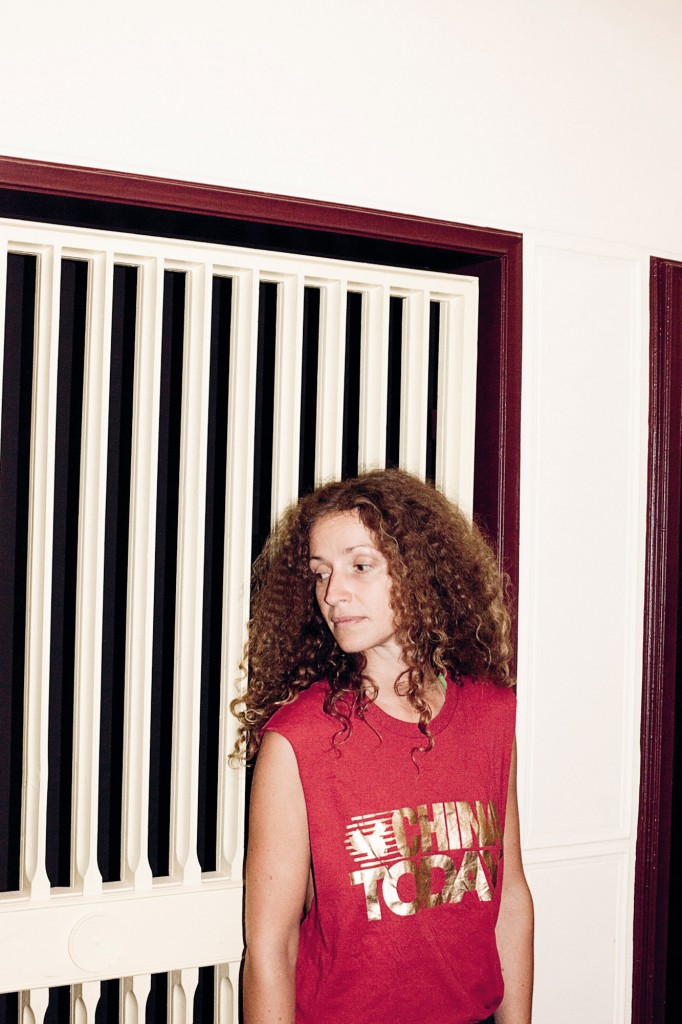 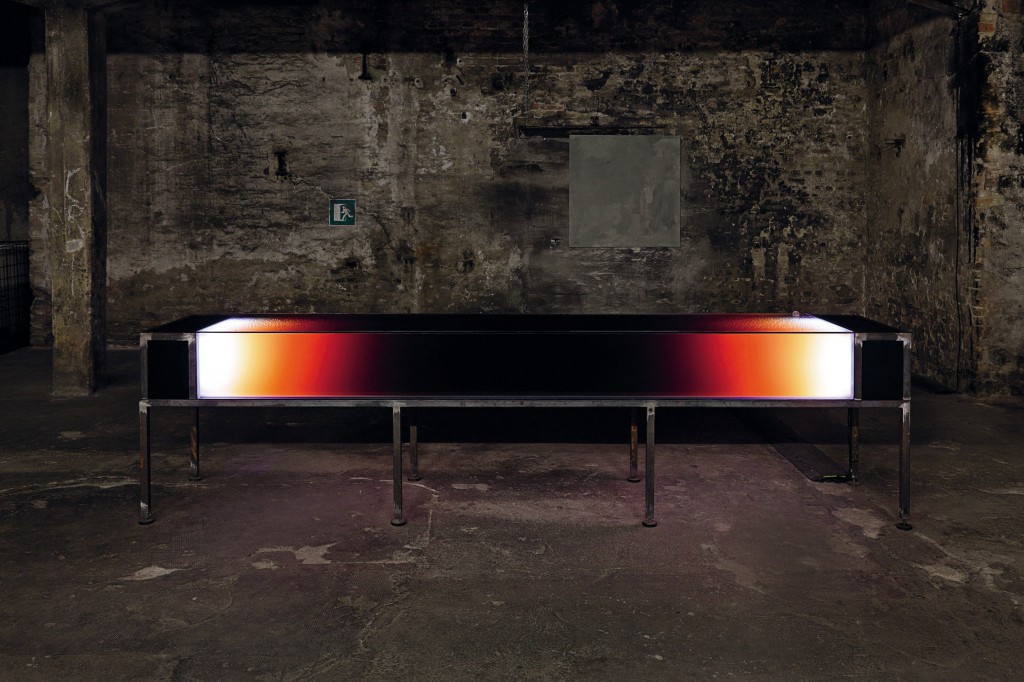 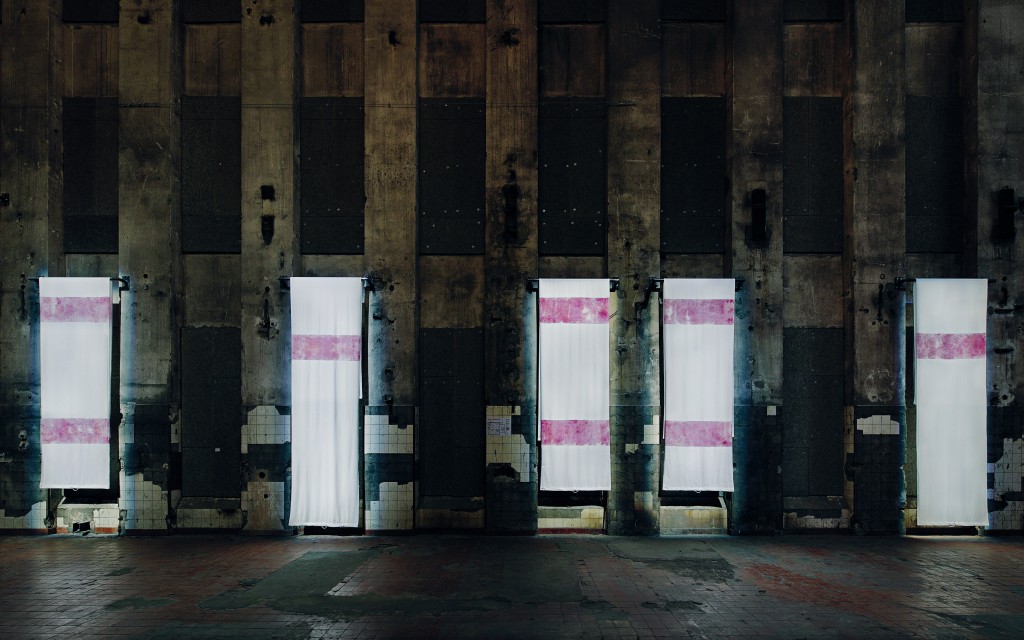 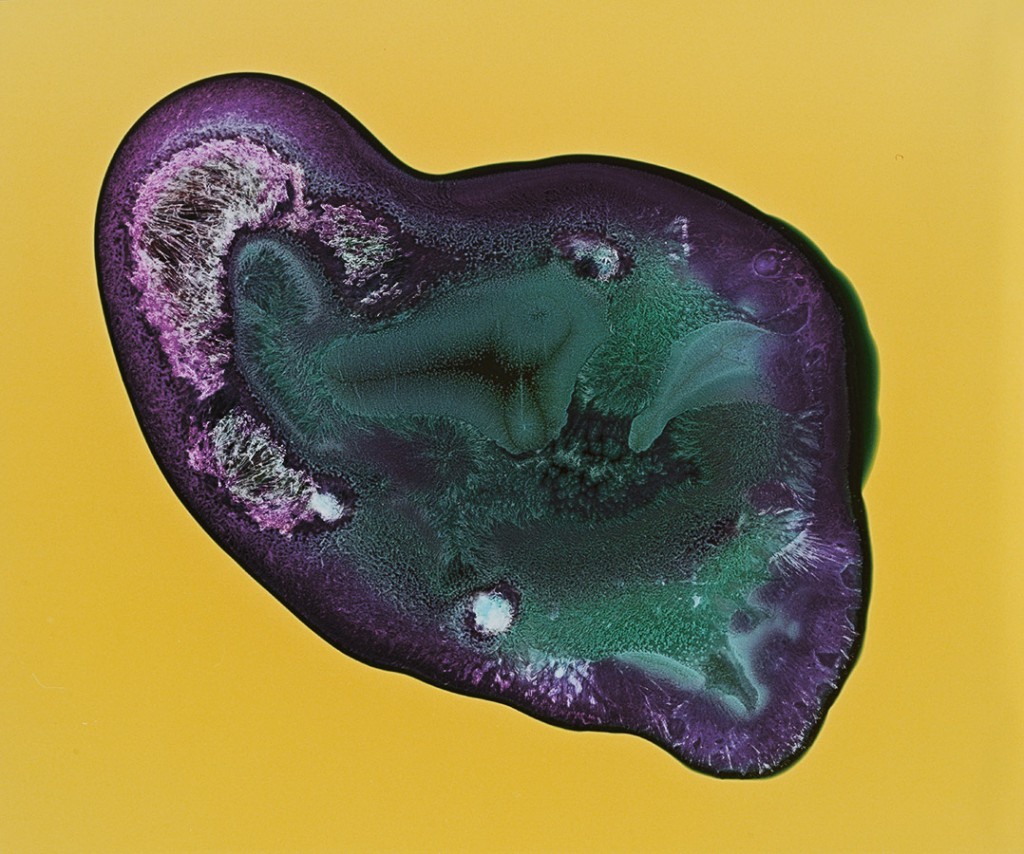 All you can feel: Speed + Magic, amphetamine on photonegative, enlarged

Sarah Schoenfeld is a 34 year old visual artist based in Berlin whose work was presented in the Berghain 10th anniversary exhibition, 10. She tells Berlin-based Swiss artist Vanessa Safavi about drugs, body fluids and other alchemical stories.

How do you position yourself as an artist in today’s world? How would you define your artistic beliefs and positions? What qualities should an artist embody and what should be avoided?
The artist should be the magician, who is able to shift perspectives, ideally with an emancipatory and critical potential towards society and the system. But what is the world for me? I would say I am mostly dealing with Western ideologies, values and modes of perception. My position is about interrupting “pre-settings,” or unmarked ideologies of the gaze. A shifted mind is the quality here. There is a very nice quote from Diederichsen that says “Surrealism is not interested in losing one’s mind but in what the mind lost.” I think an artist should avoid having strong beliefs, which mostly lead to dogmatism. They should stay open for all kinds of perception and not limit themselves by excluding thoughts or ways of thinking. That’s what all the others do already. I want to merge politics and poetry, outline and gradient.

How did drugs (as a material) get introduced in your work?
I use it as magic ink. The drug effectuates the same interruption of normality as I try to arrive at with my work: it has the ability to decontextualize things or settings we are surrounded by. For example, if you look at an average object while on LSD, it suddenly becomes funny and transcendental, even if you still remember what you usually used it for. Drugs are substances that change the world and your perception of it. The body is the real place.

What is your relationship with the social phenomena of drug culture? Do you encompass that in your sculptural or performative work?
I think it has big potential and is a challenge to use drugs outside the sacral and non-religious context. Therefore I am trying to unveil the moral settings on drugs. Drugs have been criminalized by politics and therefore I try to find a way of showing them outside of this moralistic context. My attempt is to create something seductive about it, to use them in an aesthetic context. Also I love to play with alchemistic vocabulary. I am looking for a certain knowledge which is not connected to the natural sciences, but the philosophical, political, aesthetic or mystical.

I like when you say “the body is the real place.” I am myself interested in the notion of the body as a tool rather than an object. How does the body take place in your work?
I see the body as an interface between the material and the spiritual world, as a kind of chemical switchboard. I also see the body as a tool of empowerment and emancipation. It’s the place where you are able to transform thoughts into action. I like the idea that you decide according to which rules your body fluids are working and how you are able to be a productive part of this process.

So can you tell us about the new work you made for 10, the show that took place at Berghain?
The piece Hero’s Journey consists of two parts. For Hero’s Journey (Lamp), over a period of ten weeks, club goers were invited to participate in the sculpture by contributing their piss, which I then collected in order to have a fluid archeology of a collective ecstasy. I put 1,000 liters of this liquid in a glass vitrine, like you would have presented documents in a museum, but here this is just liquid. It’s lit from both sides and the gradient looks almost like a sunset: from bright yellow on the side to almost black in the middle. Here the liquid still carries the traces of the substances which chemically cause the ecstasy and have been washed out from inside the bodies. It is something very intimate. Hero’s Journey (Towels) is the second piece. The “towels” are several long velour hangings. The white velour fabric is interrupted with horizontal strips of purple. The sweaty “nighthawk pilgrims” were invited to wipe their sweat with a velour fabric that was treated with the chemical Ninhydrin, a substance used by criminologists to discover traces of human contact in a crime scene. The resulting purple tones are outlines of the bodies’ points of contact.