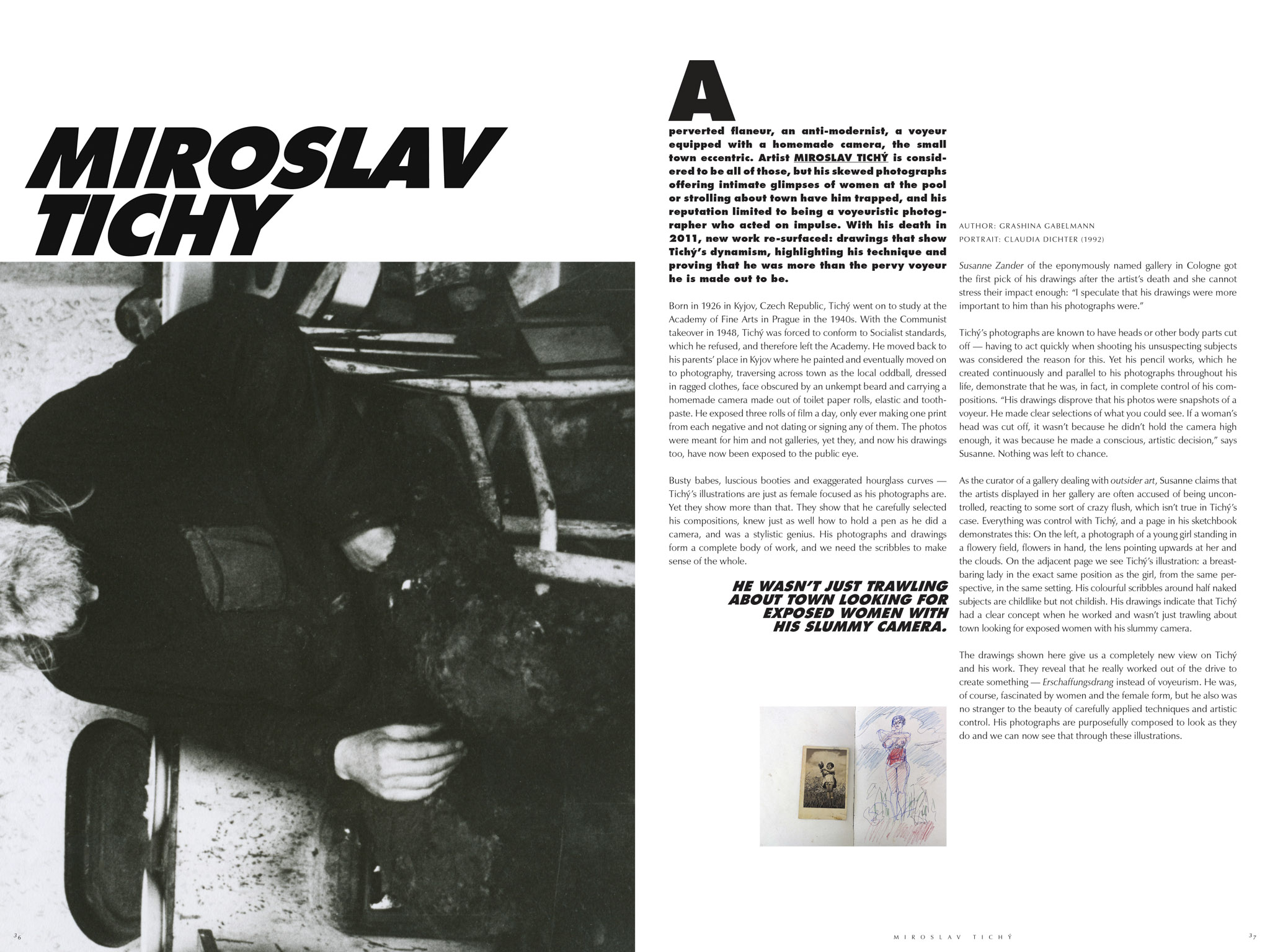 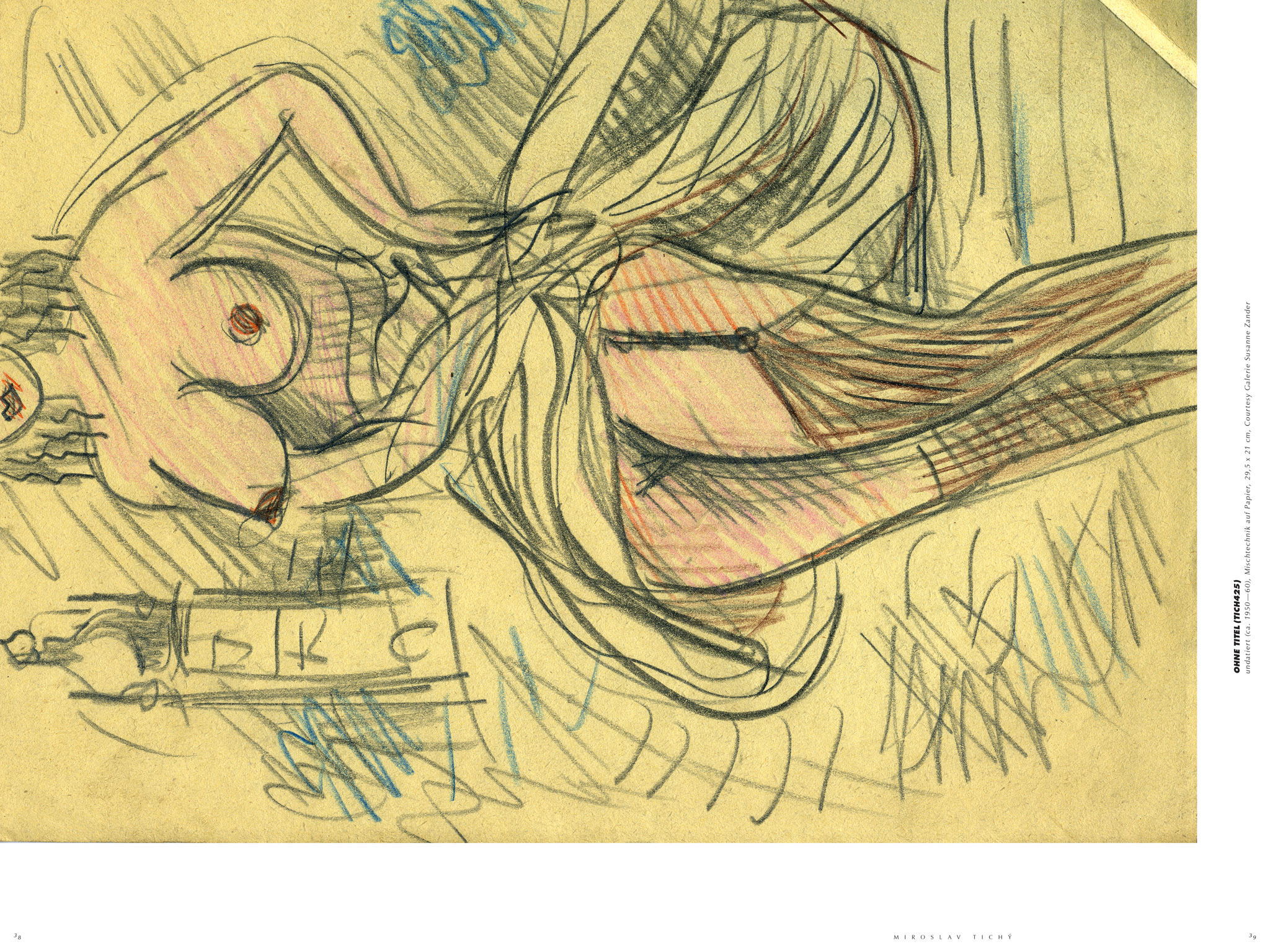 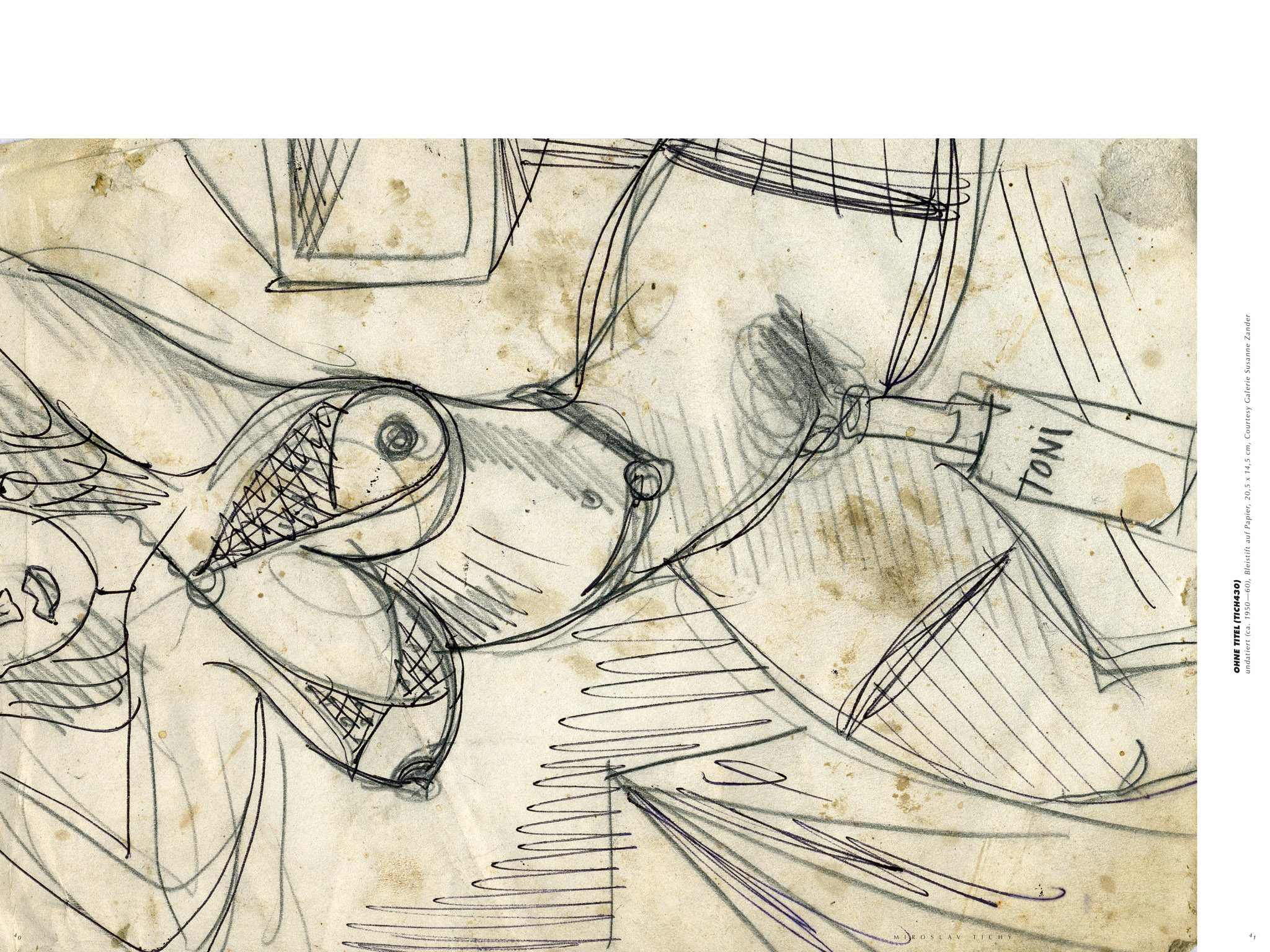 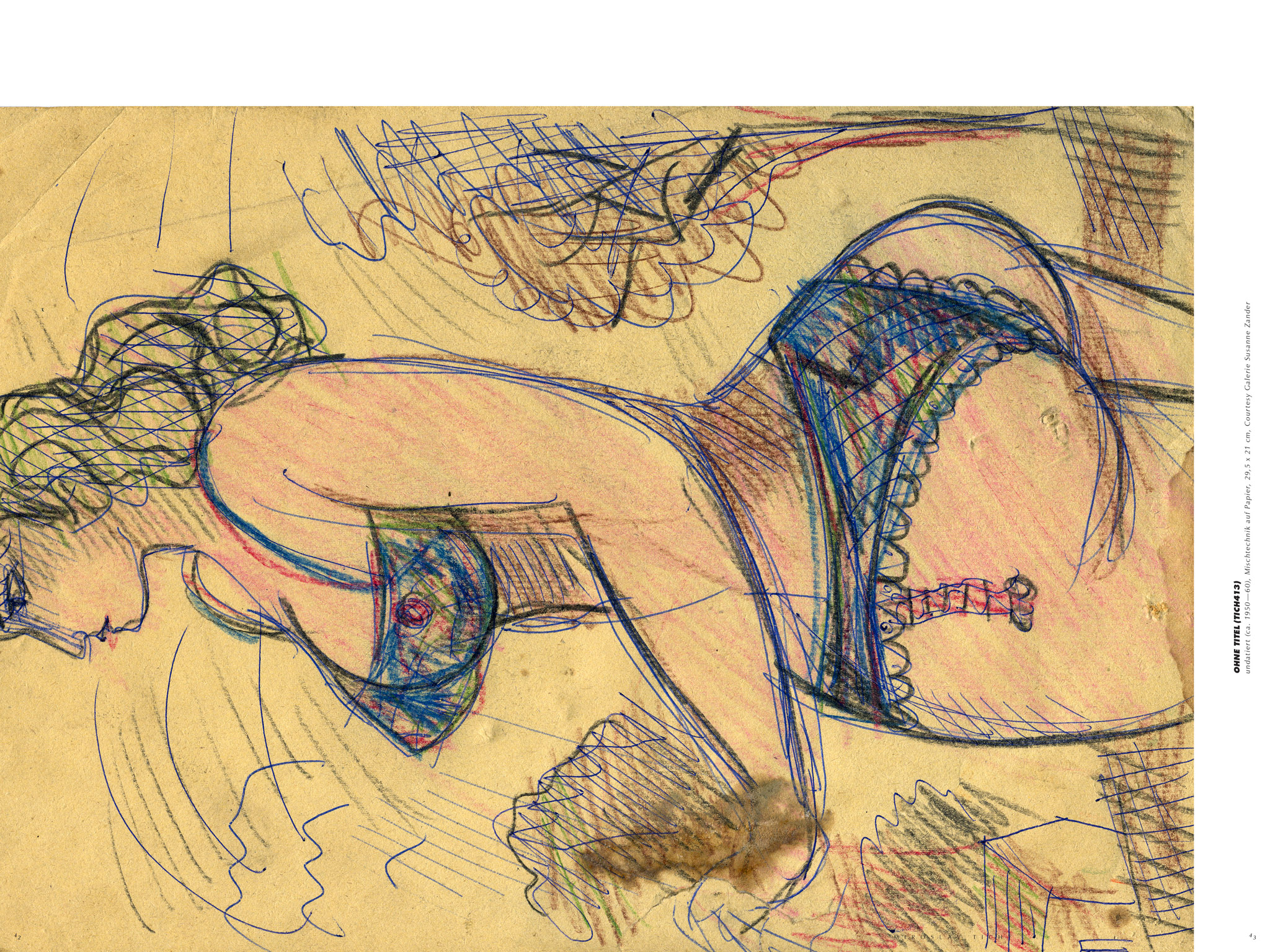 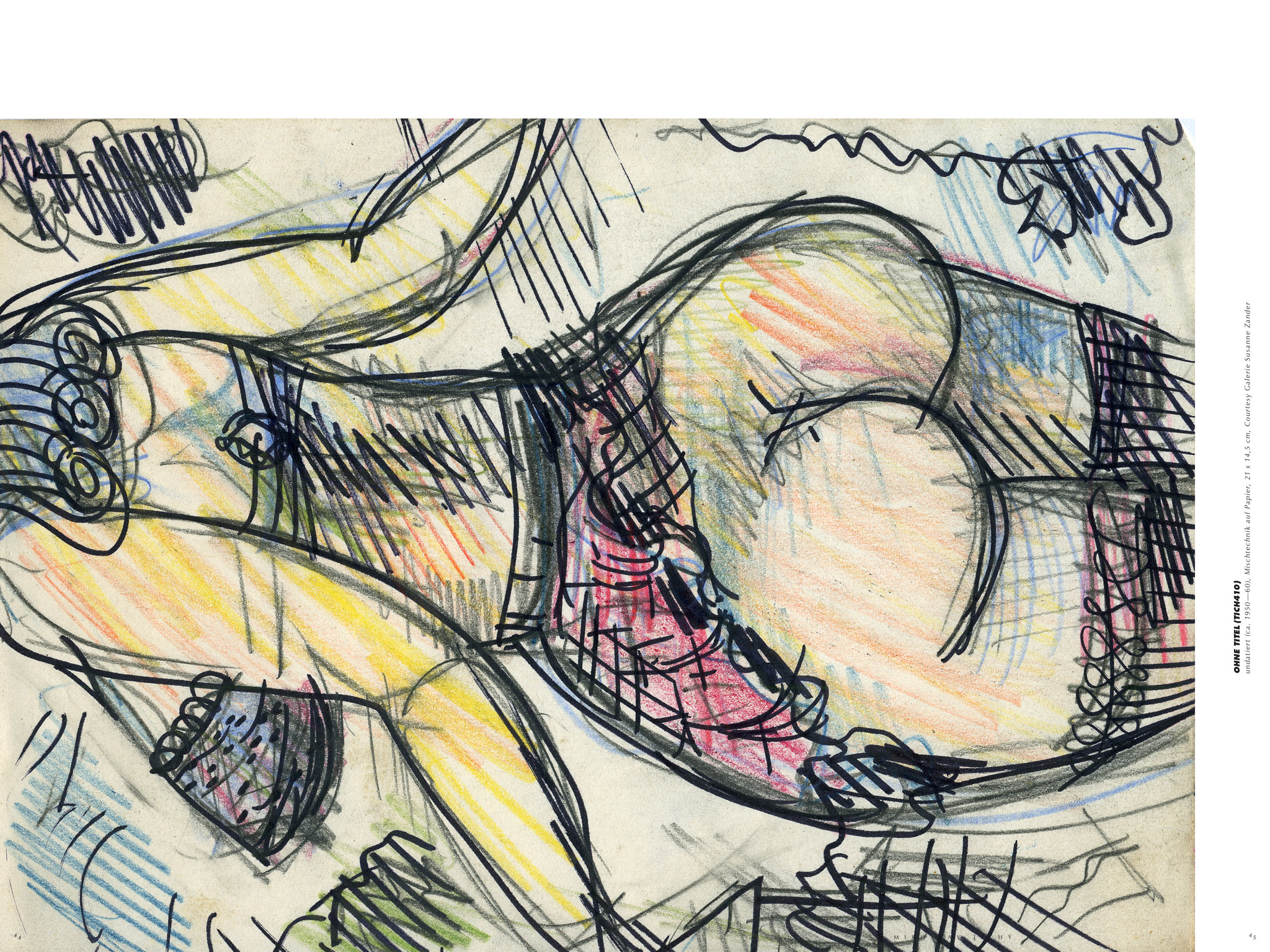 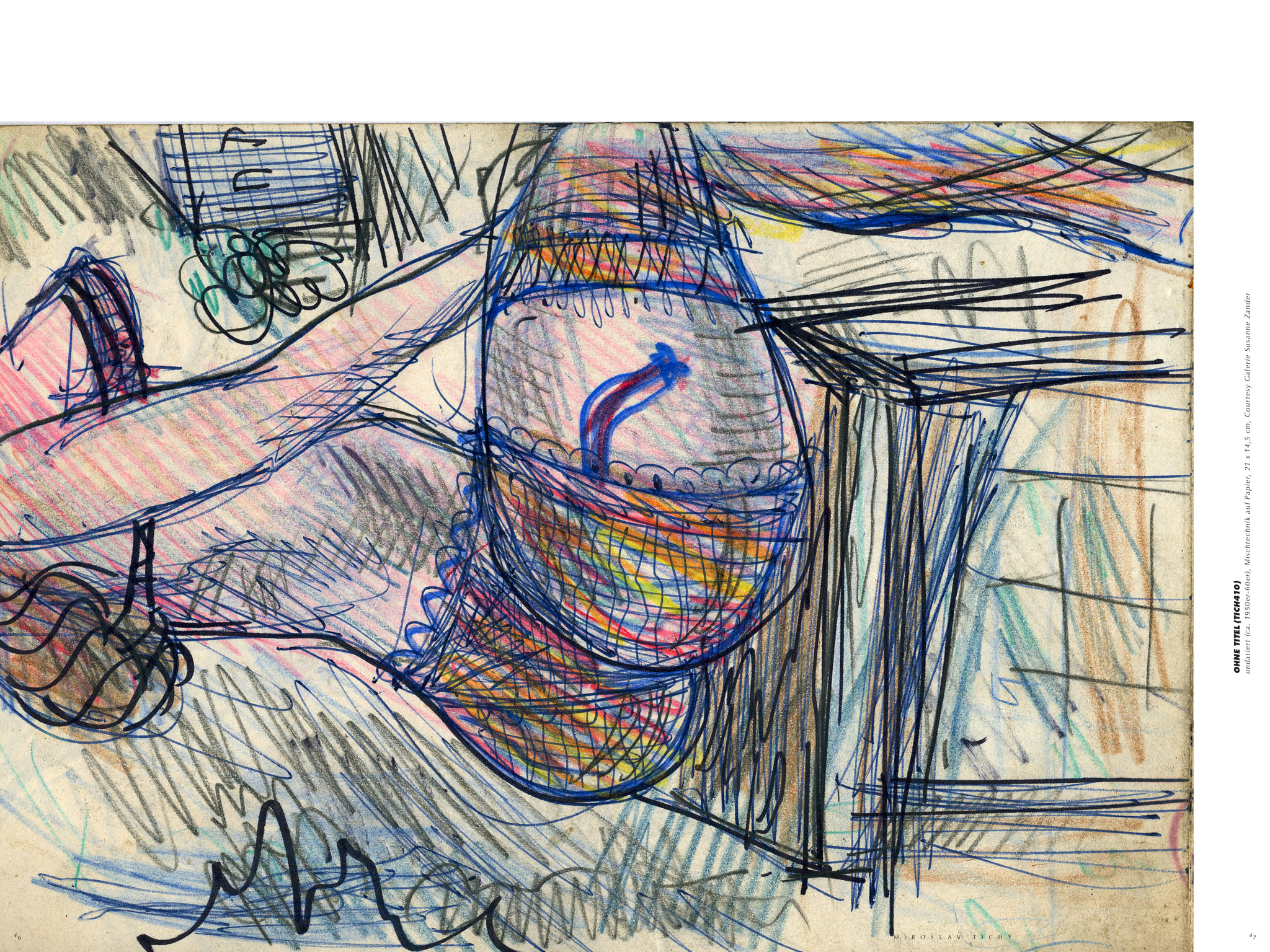 A perverted flaneur, an anti-modernist, a voyeur equipped with a homemade camera, the small town eccentric. Artist Miroslav Tichý is considered to be all of those, but his skewed photographs offering intimate glimpses of women at the pool or strolling about town have him trapped, and his reputation limited to being a voyeuristic photographer who acted on impulse.With his death in 2011, new work re-surfaced: drawings that show Tichý’s dynamism, highlighting his technique and proving that he was more than the pervy voyeur he is made out to be.

An article about Miroslav Tichý by Grashina Gabelmann as published in TISSUE N°3 in February 2013:

Born in 1926 in Kyjov, Czech Republic, Tichý went on to study at the Academy of Fine Arts in Prague in the 1940s. With the Communist takeover in 1948, Tichý was forced to conform to Socialist standards, which he refused, and therefore left the Academy. He moved back to his parents’ place in Kyjov where he painted and eventually moved on to photography, traversing across town as the local oddball, dressed in ragged clothes, face obscured by an unkempt beard and carrying a homemade camera made out of toilet paper rolls, elastic and toothpaste. He exposed three rolls of film a day, only ever making one print from each negative and not dating or signing any of them. The photos were meant for him and not galleries, yet they, and now his drawings too, have now been exposed to the public eye.

Busty babes, luscious booties and exaggerated hourglass curves —Tichý’s illustrations are just as female focused as his photographs are. Yet they show more than that. They show that he carefully selected his compositions, knew just as well how to hold a pen as he did a camera, and was a stylistic genius. His photographs and drawings form a complete body of work, and we need the scribbles to make sense of the whole.

Susanne Zander of the eponymously named gallery in Cologne got the first pick of his drawings after the artist’s death and she cannot stress their impact enough: “I speculate that his drawings were more important to him than his photographs were.”

Tichý’s photographs are known to have heads or other body parts cut off — having to act quickly when shooting his unsuspecting subjects was considered the reason for this. Yet his pencil works, which he created continuously and parallel to his photographs throughout his life, demonstrate that he was, in fact, in complete control of his compositions. “His drawings disprove that his photos were snapshots of a voyeur. He made clear selections of what you could see. If a woman’s head was cut off, it wasn’t because he didn’t hold the camera high enough, it was because he made a conscious, artistic decision,” says Susanne. Nothing was left to chance.

As the curator of a gallery dealing with outsider art, Susanne claims that the artists displayed in her gallery are often accused of being uncontrolled, reacting to some sort of crazy flush, which isn’t true in Tichý’s case. Everything was control with Tichý, and a page in his sketchbook demonstrates this: On the left, a photograph of a young girl standing in a flowery field, flowers in hand, the lens pointing upwards at her and the clouds. On the adjacent page we see Tichý’s illustration: a breast-baring lady in the exact same position as the girl, from the same perspective, in the same setting. His colourful scribbles around half naked subjects are childlike but not childish. His drawings indicate that Tichý had a clear concept when he worked and wasn’t just trawling about town looking for exposed women with his slummy camera.

The drawings shown here give us a completely new view on Tichý and his work. They reveal that he really worked out of the drive to create something — Erschaffungsdrang instead of voyeurism. He was, of course, fascinated by women and the female form, but he also was no stranger to the beauty of carefully applied techniques and artistic control. His photographs are purposefully composed to look as they do and we can now see that through these illustrations.