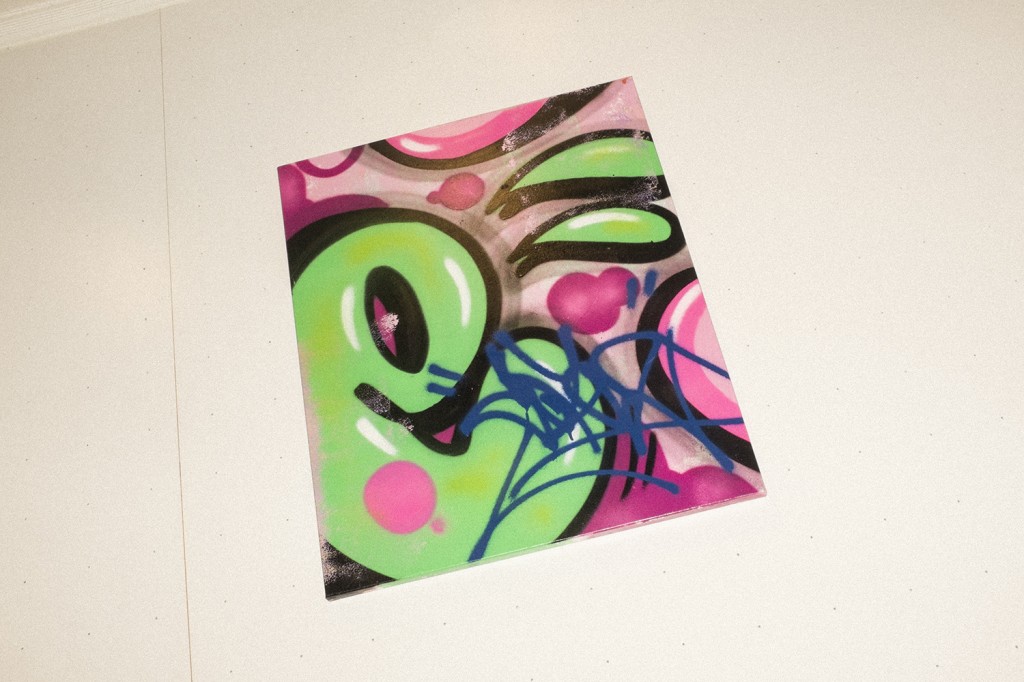 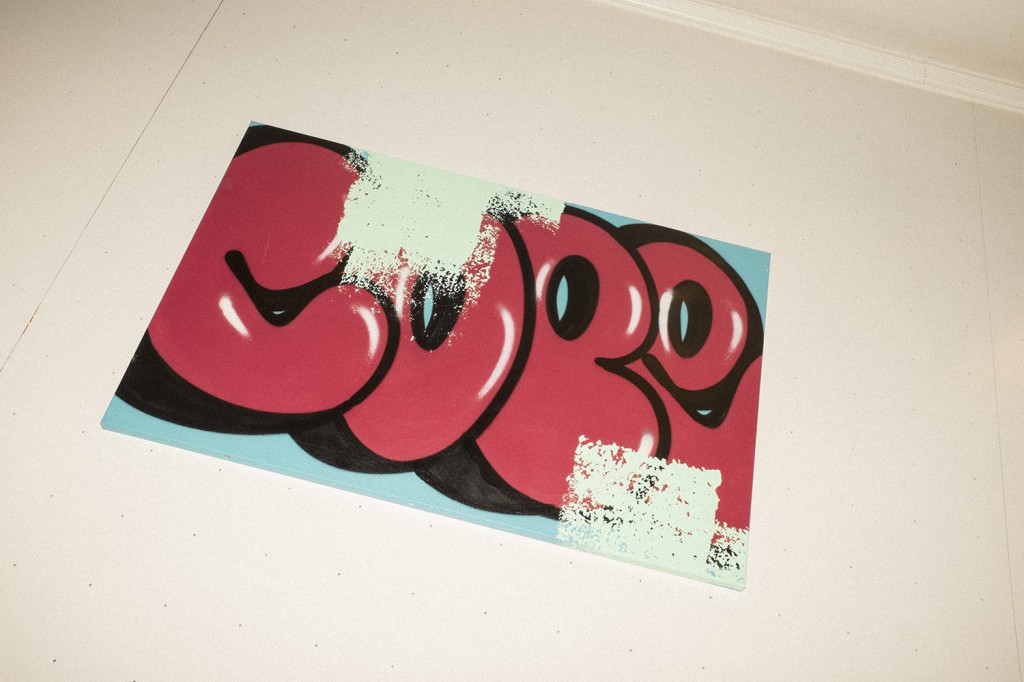 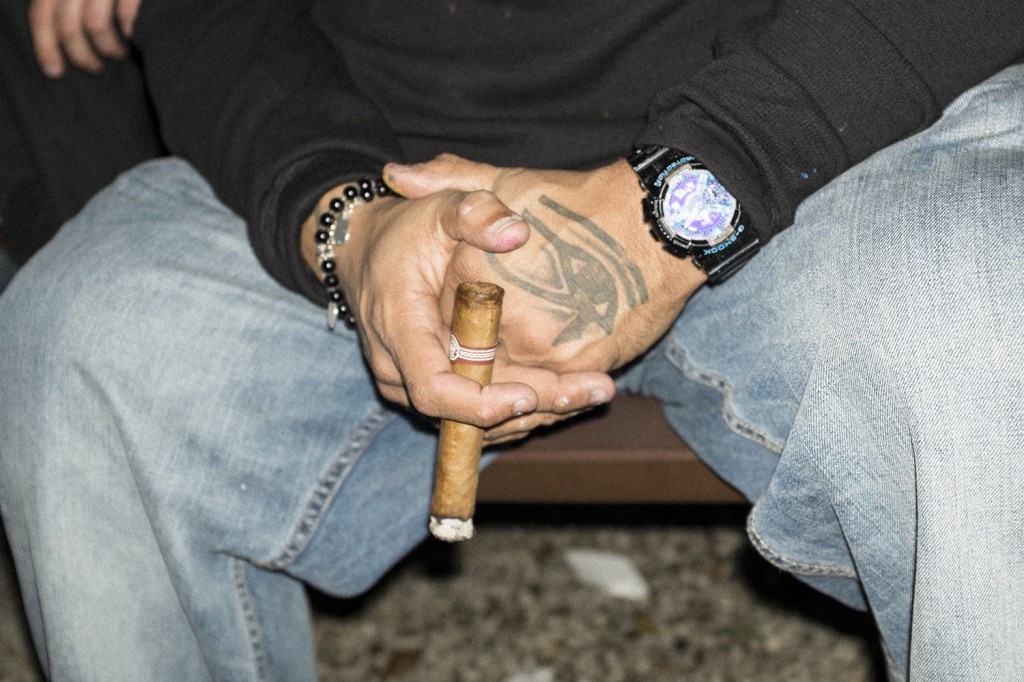 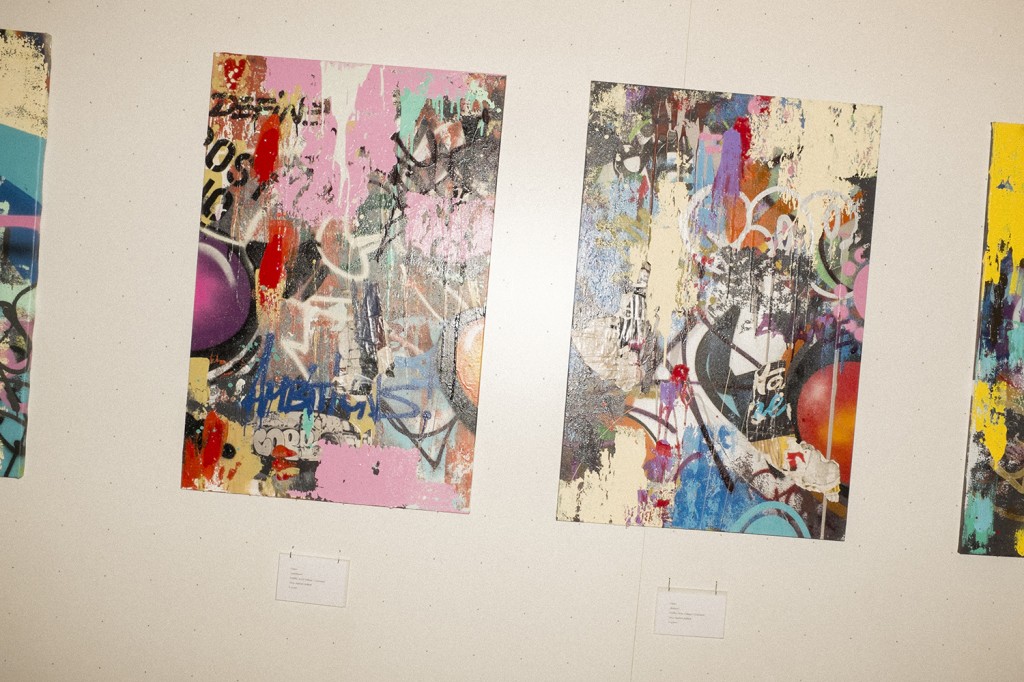 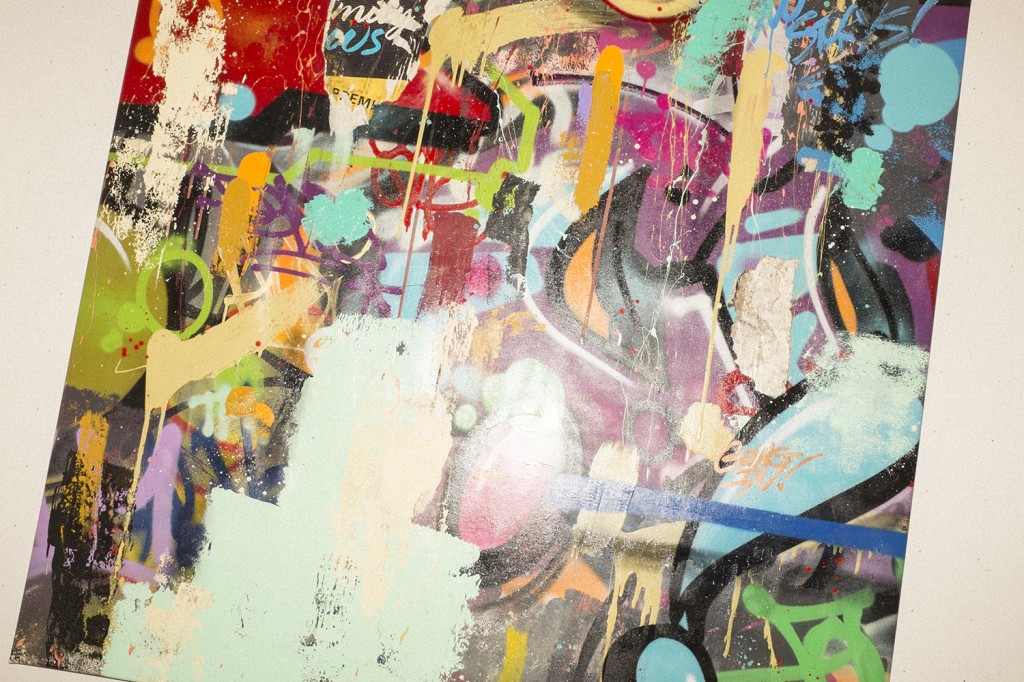 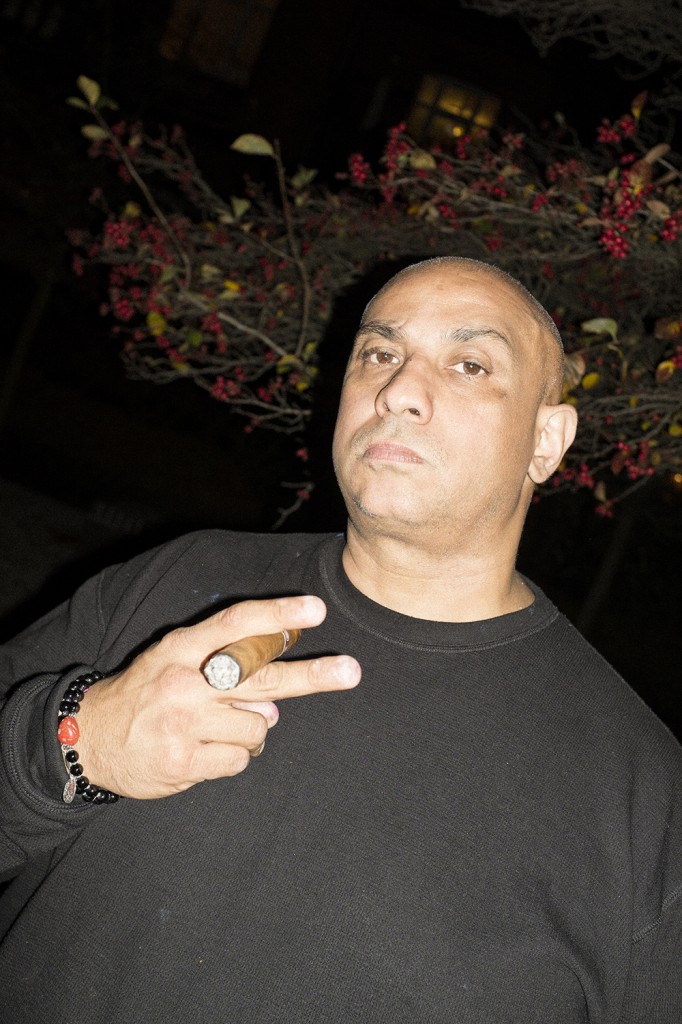 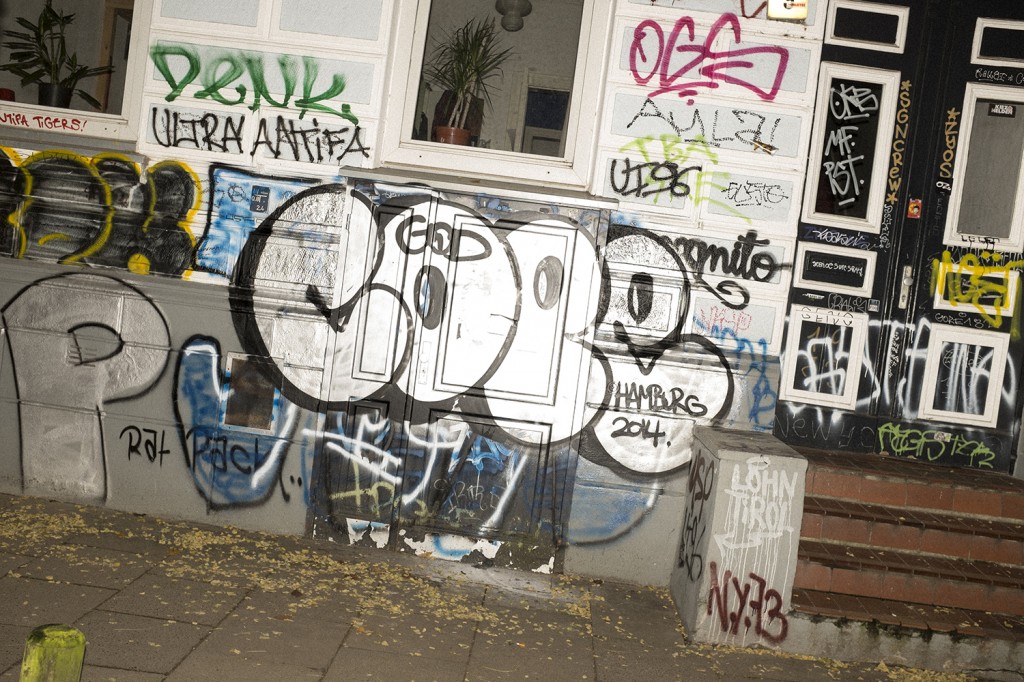 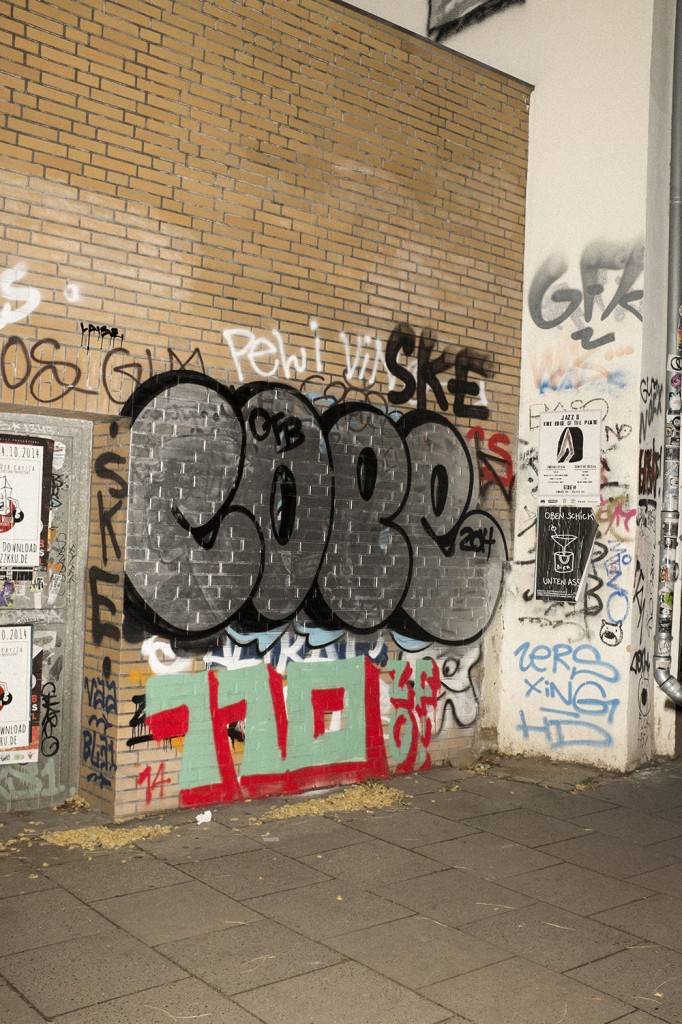 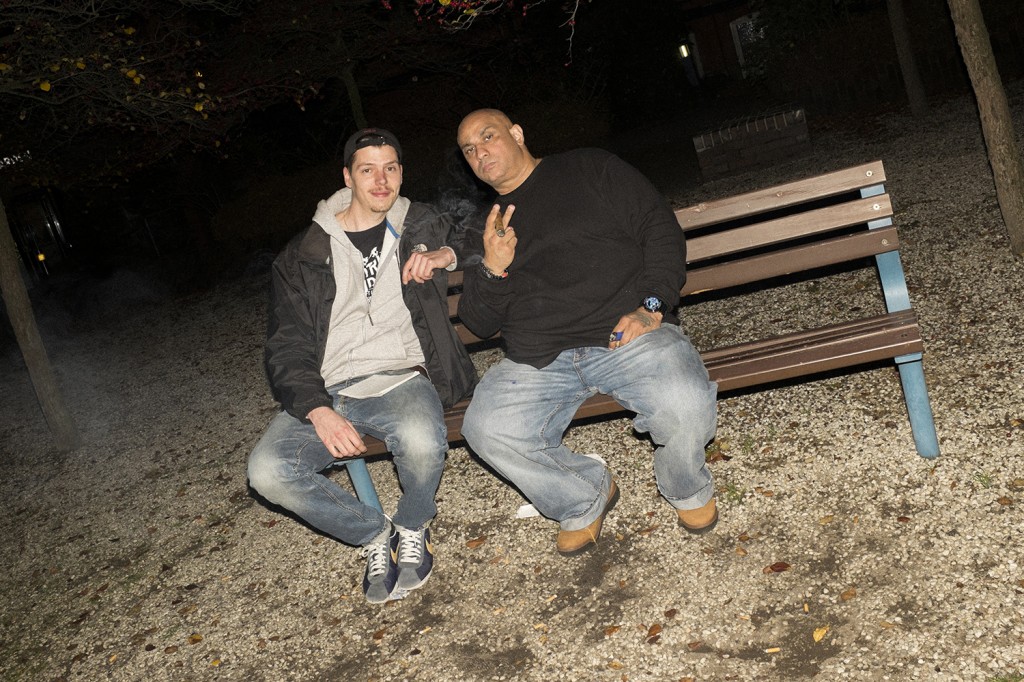 Recently we had the chance to speak to one of the most controversial personas of the graffiti-scene, the infamous COPE2. We were not sure about the outcome and feared we would bump into an old has-been with too many ego-issues. Of course, we were aware that those concerns were superficial prejudices, fueled by numerous disputes related to this pseudonym. When we finally met, we were surprised by a welcoming and conscious gentleman, who openly spoke about his past and his present—and, whats more, about beef and its relation to the internet.

Interview with COPE2 right before his official opening of his exhibiton at Hamburger Galerie on October 31st in Hamburg, Germany.

Hey, Cope! As graffiti is mostly perceived as a youth culture, how do you feel about aging in a game where you have spent more than the last 30 years? By the way, nice Halloween piece on instagram.
In life you have to change, that is what it’s all about and you can’t stay hardcore all your life. I am a graffiti-writer from the bronx, but I am almost 50 years old now and I can’t keep doing hardcore graffiti—occasionally, yeah, I still do it, because it is in my heart …

We just saw the panel from Moscow on instagram.
Exactly, those young kids dragged me out to do it. But I didn’t even see the panel run, I was too tired and stayed in the hotel. They told me not to worry and took amazing flicks. I uploaded a random of those shots to instagram to show everybody that just because I do artshows in galleries, does not mean I quit painting trains. This is in my soul—it is impossible to stop, even if I am afraid to get caught.

Maybe it is a stupid question—but who are we talking to now, is it Fernando or COPE2? We assume you chose a pseudonym to disguise your identity, but now you show your face publicly.
It is both. I have been showing my face for centuries. If the government would want to catch me, they would do it anyway. This kid got caught in New York because he uploaded stuff from his cellphone to his instagram, so you gotta be careful with that. When I do artshows though, I am Fernando Carlo, at the end of the day I am an artist now. But then again, I have COPE2 to deal with who wants to do throw-ups and has to fight people, because he has so many haters. But it does not make sense anymore, I am almost 50 years old and feel too old for that—who the fuck does that? But people always want to fuck around and talk shit. But you can’t fight all your battles and I have learned to ignore a lot of it.

Do you have an idea where the hate comes from? Does it have to do with success?
That is for sure!

Coming from a hardcore standpoint to where I am going now: Everybody is calling you a sellout?
Yeah, exactly. What’s worse, they started calling me a rat, a snitch—they call me everything.

In contrast to other people, you deal with hate very openly. Why is that?
It is my nature. When I was brought up, I was taught to fight. I was always bullied and had to fight back, so I am programmed in my brain to attack right away. My manager always tells me to leave it alone. People diss me on Instagram every day. Now I just block them and delete their comments.

What about the bigger names who dis you?
Man, I don’t even wanna get into it.

Off the record, we dwell a little on the history of a personal beef, which we do not want to get into now. If you know what we are aiming at here, you know most of the circumstances anyway. In case you do not, then there is even less of a need to pursue the case. COPE2 was speaking very openly at this point, even though he initially said he would refuse to talk about it. We will not pick sides here, as there are personal reasons and pending cases. Dealing with this specific beef publicly will only make things worse. Anyway, we adress the case here, as Copes name is generally associated with conflicts and our whole conversation somehow revolved around negative feedback and how to, literally, cope with it.

At some point, the internet went crazy. Kids were yelling „snitch, snitch, snitch“. People tried to ruin my image. I tried to squash some beefs personally. Why do we fight on the internet for the whole world to see? Because the world loves that shit. They wanna see beef and hype, they love that shit.

Yeah, that’s what leads us to a further question: recently we saw a video of Comet, Seen and Cap with Charlie Ahearn from 2008 at Tuff City, where they reenact some old beefs and mock their former behavior. We thought it was an hilarious way to show how writers can grow up. How do you feel about such a reaction?
I am on another level now, you know. I do big shows around the world and I am booked until 2016. I have a show in Dubai in January, a show in Australia in February, shows are coming in like crazy. Big art collectors buy my paintings for 10-20.000$. There is a part of me that says, you know, Cope, forget about beef. You know what is true, your people know what is true—fuck it, who cares. But the internet makes me angry, because people keep dissing you. But I can’t control it …

Have you seen Artworks where Lush is making fun of you, calling you „Internet King“?
Me and him are cool. He contacted me in an email, so I don’t see it as disrespect, because he is a straight-up guy. I think his stuff is funny, it’s cool.
At the same time, where he is seemingly disrespecting me, he is showing respect to me that no one knows about, and I respect that. So, we don’t have beef. He even made some make-belief exhibition in Australia, where he announced I would show up, which I didn’t. But he asked me first, so it’s cool and it is nothing personal, Lush is a funny guy.

I am sorry to ask if it seems out of line, but have you seen that Ces53 tribute from the Netherlands? And did you give the guy who crossed it a canvas, after all?
That’s another asshole. I have emailed Ces and he never wrote back. We never met, but as I guess the wall alludes to my personal beef, it makes me very angry. It is not funny. Kids like younger writers, who publish a lot online and develop a fanbase. But I am an old dude, so kids say „Fuck Cope“—those kids are stupid. But I try to let it go …

Comments on the internet are like a soap opera.
Exactly.

It may seem contradictory the way COPE2 publishes pictures nearly on a daily basis himself, to then be frustrated about negative feedback afterwards.
Of course it is a bit self-referential to talk about downsides of the internet in an interview which will be published online. To the audience, COPE2 seems to represent a relic of former times. By still being active and publishing works online, he probably is an easy target for haters, simply because he is approachable.

Anyways, we thought his opinions were refreshingly honest and almost self-conscious. We enjoyed talking to both the writer COPE2 and the artist Fernando Carlo, and enjoyed his artworks in Hamburger Galerie. Thank you, COPE2!