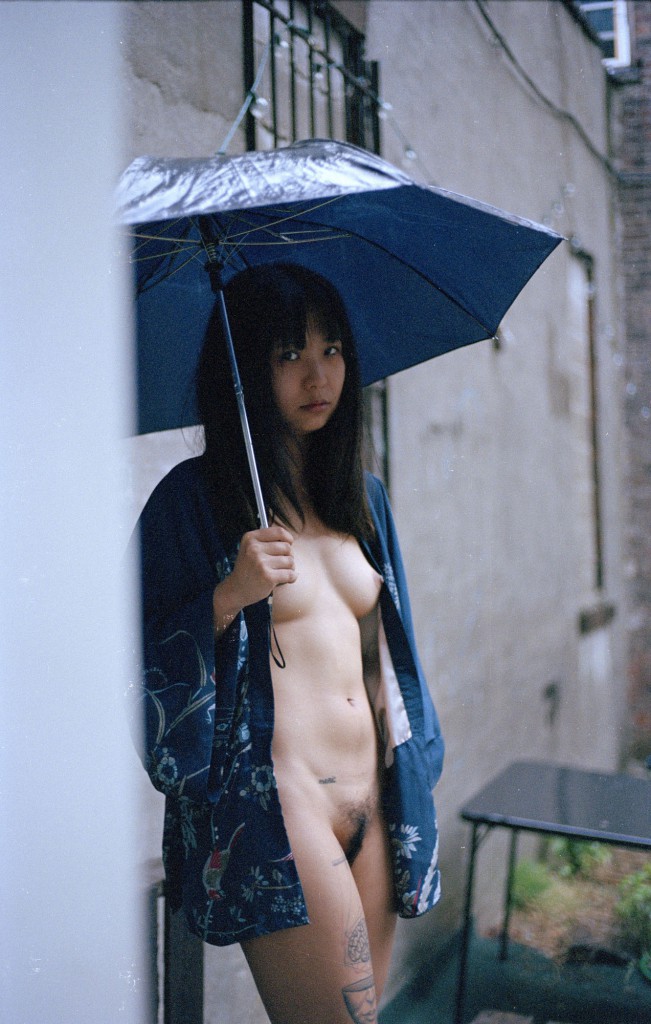 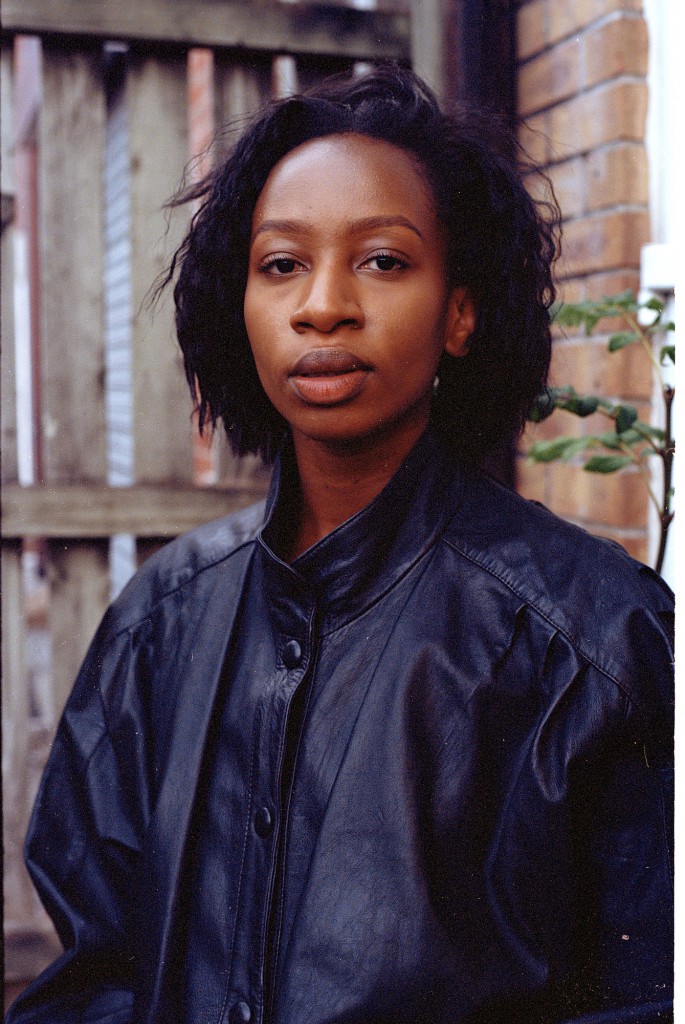 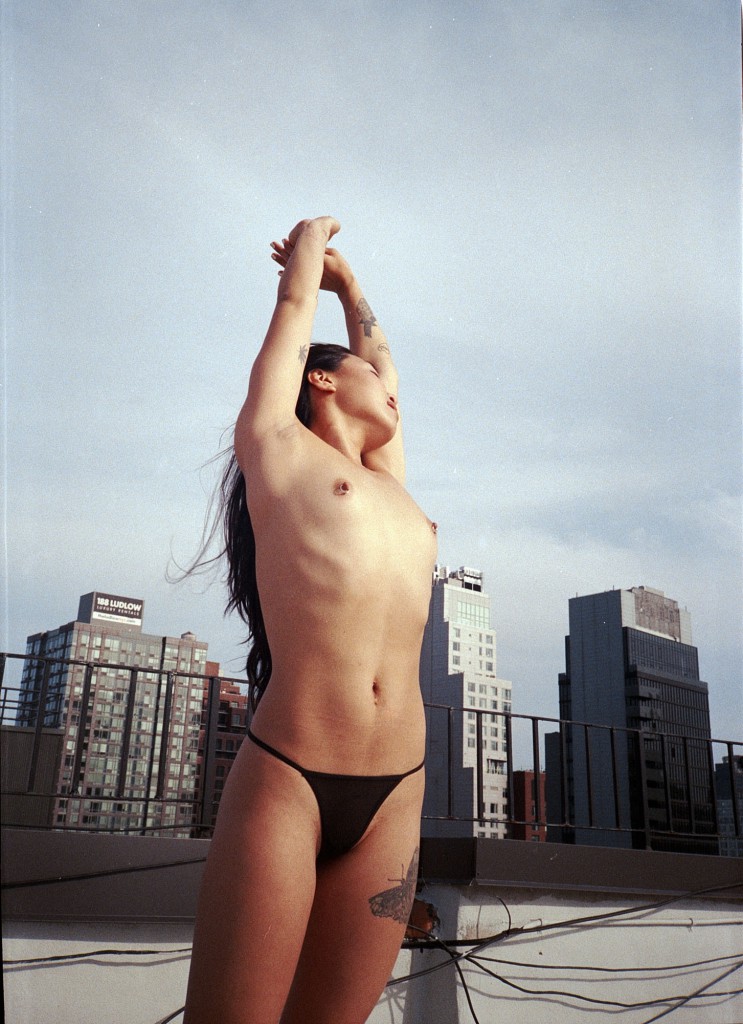 Heather Glazzard is a queer feminist artist based in Manchester. Her work questions gender stereotypes by depicting the diversity of individual sexuality. She focuses on the female body in its authentic appearance without retouching the reality. Her intimate portraits depict people who are open about their inner selfs and are thereby disarmingly pure. Her work was recently featured in a solo show called Isn’t She Lovely held at Islington Mill, Manchester. Besides being a photographer she is a curator of M(.)ist collective.

How do you interpret the term „queer“ and how do you understand „queer feminism“?
I think queer is a term that gives you room to move outside lots of labels. There’s more freedom, its a word for everyone. I understand queer feminism as equality for everyone rather than just equality through sexes. It’s a statement of equality for bisexual, gay, non-gender, lesbians, plus size people, people of colour, people with disablities, it goes beyond LGBT and normal feminism. It gives a way of everyone being in the discussion.

How do you bring a theoretical concept like „queer feminism“ alive in your practical works?
It’s important for me to work with people who express themselves through similar beliefs; women who consider themselves feminists. It’s easy to find people who want to be in my imagery and express that open-ness. Choosing who to photograph is the most important part of it, then I think it transposes to the image. Normally I want to photograph someone who‘s quite androgynous or open about their sexuality. I’m trying to strip back all the bullshit ideas of how a woman should be, and capture them as they are.

Is there such thing like a queer method?
I think there is queer in the method of my work, certainly. Though I have never thought of it as a ‘queer method‘

Do you think a genuine feminine sexuality exists and if yes, how do you experience it?
This question has room for huge discussion to me. In my own sexuality, I have experienced that the concept is quite mysterious. I used to think that feminine sexuality was romantic, emotional and less casual. I’ve experienced that is not the case just the same as with masculine sexuality, the concept tends to ignore the complexities of the sentient being. I dont think we need to differentiate the two, I just think it comes down to the individual person‘s own concept of their sexuality. I believe the reason it can be so mysterious lies within the fact that it can be seen as a quite a glamorous sexuality, in my opinion thats how the media portrays feminine sexuality… GLAMOROUS. Though I think it‘s important to explore the idea that it‘s not. Marilyn Minter really shows that through her work. There’s a piece of hers that I love that features painted toe nails covered in mud. Feminine sexuality is something similar to that.

The female body is a victim of censorship (no nipple policy on insta) can we overcome this paradigm with art?
This is a great example of why we shouldn’t differentiate sexuality. A nipple is a nipple weather it’s on a man or women. Instagram should be able to support all genders. I would be curious to know how it works for non – binary people showing their nipples?

If I took close up images of every person’s nipple I’d met over the course of a week, I think it’d be quite a difficult task to differentiate the nipples from female to male.
I watched a documentary on tribes out in the Amazon who are completely discouncted from our society so much so they believe we’re some sort of alien creature but the women and men would freely walk around with there tops off, bras do not exist. I think it is western society that has sexualised the nipples of females so much that we need to have them covered for censorship, but really a nipple is a nipple… it‘s not that hot. I feel if everyone watched this it would open people‘s eyes, maybe it could just be overcome by looking at different cultures.

How can art be a means to fight body shaming and how would you interpret your own work in this context?
Art can fight for many things, it would be best to capture the rawness of someone, someones body, show a body as it is. I think my work‘s quite raw, I try not to add fakery to it. If I‘m capturing someone, i‘m capturing them.

Can the medium of photography express both the physical and the mental sphere that is connected to „feminine sexuality“?
Yes, by projecting a sense of self. When I’m shooting we do genuinely seem to get on the topic. Which seems to make a person feel more comfortable. We can express our views together and if the person‘s comfortable it, comes across in the images.

There is some discussion about terms like male gaze / female gaze when it comes to nude photography. What do you think about these terms and do they affect your work?
I was watching a short video in which I heard, ‘is there such thing as a female gaze or is it a way to work accordingly to the male gaze?‘ I think this statement is something to really discuss. I believe some women probably photograph other women in the way we see most men doing, whilst i also believe that some men may photograph a woman the way a woman would, which I’ve seen from photographer friends. I think it all depends on who’s interpreting it and on the person taking the photograph. I know some of my nude photography has been described as beautiful by some and sexualised by others. This makes me believe it‘s not much to do with the female or male gaze but the individual person. The male gaze theory is somewhat true but it also has to be subjective aswell, as does the female gaze. Maybe instead of defining it by a male or female gaze it could be defined by our experiences of how we see the world and by the connections we make and rightly so through the sexuality we were born with.

You stated that lesibian / bi / queer women are underrepresented in arts and media. This goes along f.e. with a lack of role models. So, do you think that your work is political?
I think my work is political in so much as I have an opinion that differs from social norms. To challenge social norms in its essence is political, in my opinion.

Do you think that social media channels like Instagram though banning the nipple can contribute to global empowerment?
Yes, it makes people stand up and have an opinion when they question why one sex is allowed something and not the other.