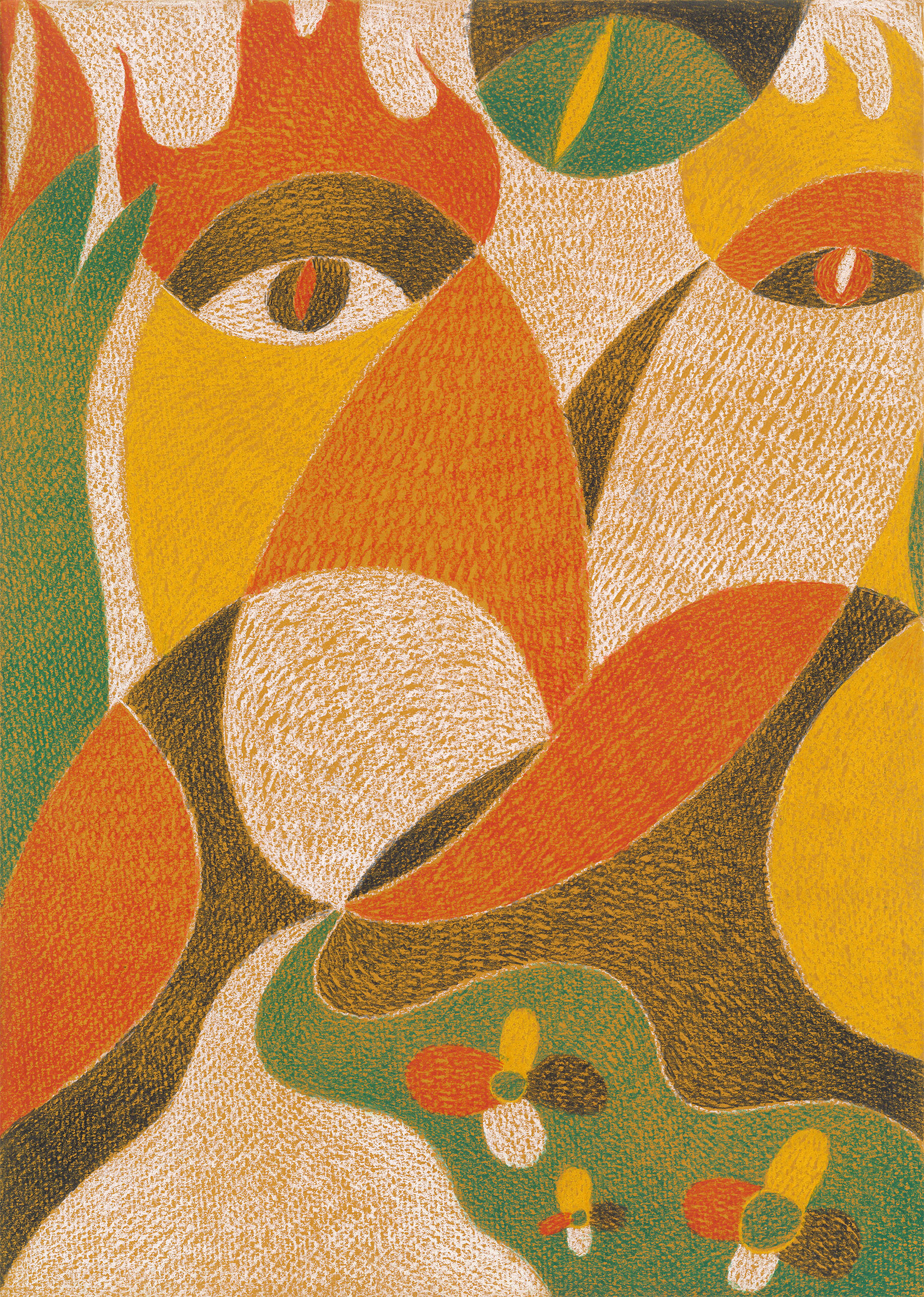 Daisy from Georgia said that she was nineteen but looks, as she lies on the bed with her hands clasped above her belly, leaning her head against the headboard behind her, like a much older woman. The phrase “soccer mom” springs to mind. She has her nipples pierced, belly button and clit. Tramp stamp, pure face, soft skin and pink mouth. Her breasts are natural, but, with her body almost horizontal on the bed, they look enhanced when she first reveals them to the camera because they don’t fall away to the side as inherently as one would expect a natural pair of breasts to. In the proceeding moments there is an element of viewer frustration because the male gaze — in this instance the cameraman and his sidekick — pays little attention to them, almost as if they’re not really there. The audience cries out words of lewd encouragement, but in vein.

Shortly after penetration the male performer is forced to remove himself from inside her and change the condom he’s wearing because it’s too dry; in fact this brief interlude was a result of her instruction so it must have been painful for her, or at least causing her some discomfort. Awkwardly the male performer steps out of shot and the female performer, “Daisy”, is left alone, the camera observing her like a predator about to devour its prey, while off-camera two male voices mumble incoherently. What are they discussing? This remains a mystery and we are left alone with Daisy in what can be described as a joyful moment. However, it gives us time to reflect, and this is no place for reflection. Nonetheless we feel protective of her. This is her chance, we think, she can get up and leave, but she doesn’t. She doesn’t consider fingering herself spontaneously either, continuing the scene while she waits on her tandem partner to return. Instead, she rests on her elbow, occasionally looking beyond the camera where we can assume, judging by the light pouring into the room, there is a window. The sound of a car horn doesn’t escape our attention either. Her lift home, a little premature perhaps.

It is difficult to interpret what is happening off- camera but we can speculate. The young lad, now stood somewhere in the corner of the room with an arched back, muscles easily defined, his hand resting against the wall, masturbates while he unwraps the new condom to roll over his cock, absentmindedly holding court with the cameraman who turns the room upside down looking for lube, then, finally, suddenly close to coming, over at Daisy for some stimuli finale. For some reason that’s too easy to imagine and — his buttocks clenched — too clear an image to conjure up. In short she doesn’t masturbate spontaneously on camera and instead just lies there motionless in waiting, almost bored. Had this been in 2021 she would have taken out her phone.

The male performer — who is as beddable as Daisy — wears a gold Cuban chain around his neck that swings back and forth and from side to side as he, after finally returning, fucks her doggy style while she props herself up by resting her elbows on a pillow and for some reason this shimmering detail around his neck makes the scene more raw. However, dangling around his wrist is a silver chain and this lack of metallic consistency bothers us, so much so that it’s all we can think about for a few seconds. But here, among flesh and flavour, what do a few seconds mean? In a pornographic void like this one time stands completely still.

The cameraman now zooms in on her face, which is turned toward a lens that can’t seem to catch her eye. Gripping the bed linen she doesn’t look directly at it — at us — rather past it, then at the floor, her cheeks flushed. Do we sense an expression, albeit an atom, of regret in her eyes? Then, for the first time we notice her overly plucked eyebrows, but that’s just a sign of the times, the so-called era. For a brief moment we stop watching altogether because her moans sound suddenly too real, too recognisable, as if we are listening to the moans of someone too close to us, those of a sibling. Pierced by a feeling of guilt, or what’s left of it, we go to the bathroom to look at the mirror, but we don’t recognise the person looking back at us. The strict merits of a catholic school are recalled. Sitting back down in front of the screen again we breathe a sigh of frustration, because, we realise then, that there is no relief in pornography. 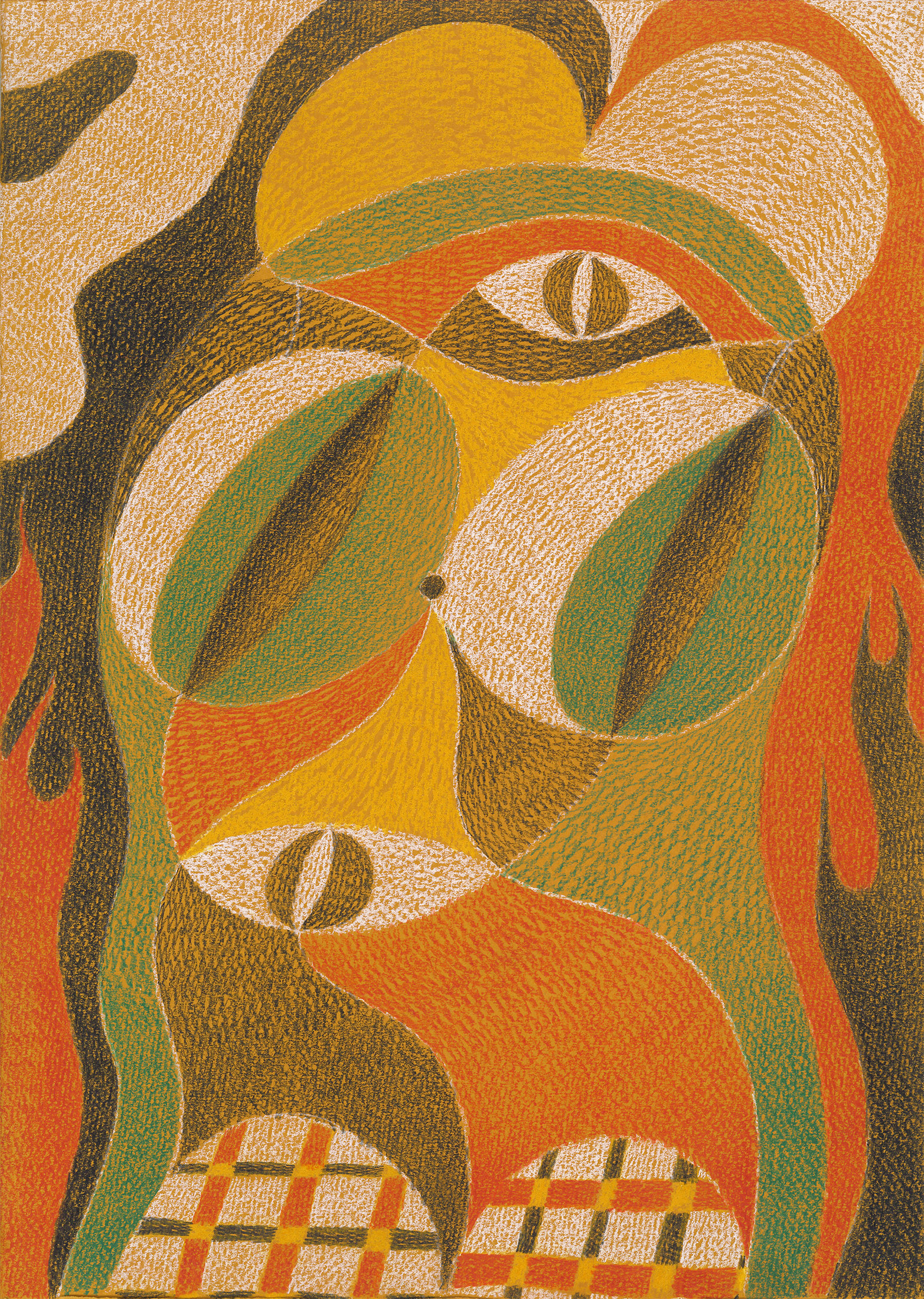 Daisy, even though she is enthusiastic without faking it, looks like this is the first and last scene she has ever done. Pure, guilty and thirsty, you can tell that she is at least partly enjoying it, but then again maybe she’s a good actor. Although, we have to remind ourselves, there’s no such thing as good actors, only well paid ones. During the preliminary interview a yet unidentified voice from behind the camera blurts out, at random, “I’m already hard,” to which Daisy nervously responded: That’s a good thing. (Shortly afterwards we realise that this was the voice of her male counterpart, who she began sucking off timidly). The tender moments before copulation are often ineffable, as if the anticipation is too much, desire defeating logic with a lack of oxygen and blood to the brain. Forgive these moments; they are as timid as his eyes. Of course there is some context here, but she didn’t ask him if his cock was hard, in fact, she probably presumed it was. Why wouldn’t you? Look at her. At that point — when a man faces the woman he knows he’s about to make love with — almost nothing she says or does could put him off, make him change his mind, consider wearing a condom, think about his girlfriend at home who is probably falling asleep a little paranoid anyway but truthfully she doesn’t reject the idea as much as she thought she would, in fact she gets off on the thought of him sleeping with someone else, of him cheating, but she’ll never tell him and he’ll never find out, but that’s life, or at least something resembling it. On the other hand, almost anything a man says in that moment can put a woman off and had the beautiful but clearly uncomfortable Daisy not been paid for this scene — as we can only but assume she was — you would have to imagine that she would have put on her shoes and left the apartment instantly, abandoning these losers before ever getting undressed. What’s worse is that the handsome dunce continues with this nonsense before the end of the scene: “Are you going to jerk me off and make me come? Jerk me and suck me like before? Jerk and suck, jerk and suck.” The viewer can’t help but think that reflecting on this some years later the male performer must regret sounding so crass, like some kind of off-colour joke with no punch line. In other words, he should have just focused on fucking. But what’s so nice about this particular scene is that each of the performers has an almost identical skin tone, they look, physically, like they’re made for each other, even though emotionally they’re far from soul mates. The bed linen looks like the type of bed linen your parents would have covered their bed with at the turn of the 21st century had they been living in San Diego and in the background, on the carpeted floor, is a black briefcase. The astute viewer might notice this and ask: What’s inside? But we never find out. As the scene progresses their skin glistens in the sunlight and as we begin to lose ourselves in the moment, just as the they do, the male performer bizarrely removes his hand from Daisy’s hip, turns his wrist toward him and checks the time on his wrist watch, a rarity in the milieus of love- making. Where did he have to be? Returning his hand to Daisy’s hip we are drawn to the male performer again, as he appears preoccupied with his own reflection in a mirror next to the bed (this shot appears to occur organically, as if the Director just happens to be filming in front of a mirror rather than intentionally doing so for effect). While the performer drinks in this primitive scene in which he is one half of the whole, the viewer is confronted with an interior faux: the wooden dresser that the mirror is attached to has a broken handle hanging off one of the drawers.

It hangs on limply by a single screw. In spite ourselves our eyes are drawn away from the action to focus solely on this metaphor for our sex lives. But of course this isn’t the director’s attempt at realism and it’s obvious that he, disappointingly, simply failed to notice the damage before the camera ever began rolling. But who can blame him after all — Daisy was in the room.