Did you ever take a piss and felt overwhelmed by the feeling that you are thereby producing art? Well, there is only one place on earth that can – of course besides many other so far unknown feelings – trigger this emotion. We are talking about the Berghain and especially Sarah Schoenfeld who realised after coming up with the seemingly absurd idea to collect and preserve litres of piss that your body fluids do qualify as art. Learn more. 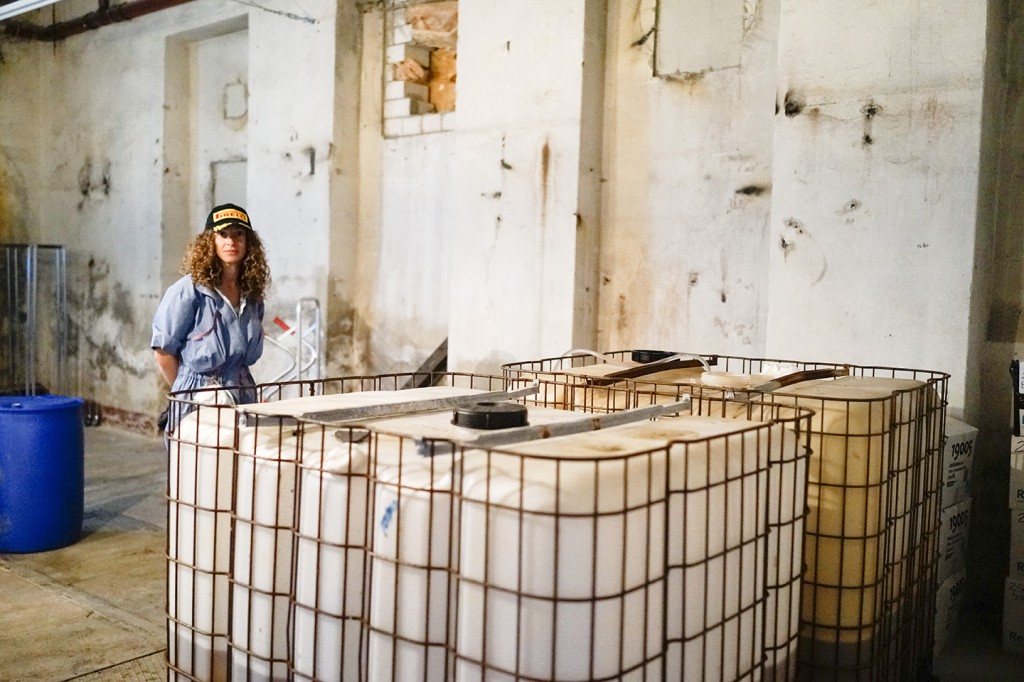 To be honest, since we at TISSUE are doing some research in the field of body fluids we felt really honored to welcome an expert like Sarah in our radioshow at Berlin Community Radio. To make the full club experience audible, we also talked about the substances that make you spend a weekend in the dark, mythical journeys through the underworld and Sarah’s latest exhibitions. Sarah was so kind to spend an extra hour with us waiting for our second guest 18+ to arrive. When they finally stepped into the booth, Sarah took over the conversation and demonstrated our editor in chief that it’s sometimes better to let the artists do his job. Listen here:

In her project Hero’s Journey Schoenfeld explores the human body, especially its excretions. Her project consists of two parts. First, she invited club goers over a period of ten weeks to contribute their piss to create a sculpture. She collected it in blue rain barrels that she emptied every monday morning. On her view, the collected piss functions as a fluid archeology of a collective ecstasy. She put 1,000 liters of this liquid in a glass vitrine that was illuminated from two sides. Second, she collected the sweat of Berghain’s guests and made it visible using the chemical Ninhydrin, a substance used by criminologists to trace body fluids at a crime scene. It creates purple tones that mark a human’s contact with the towel. 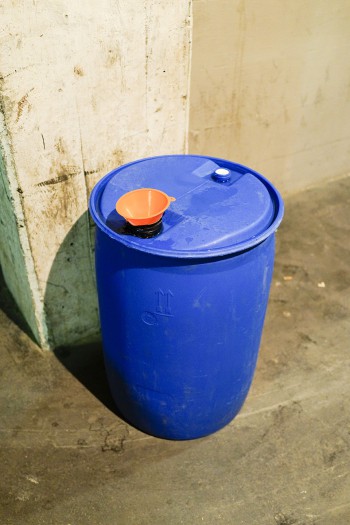 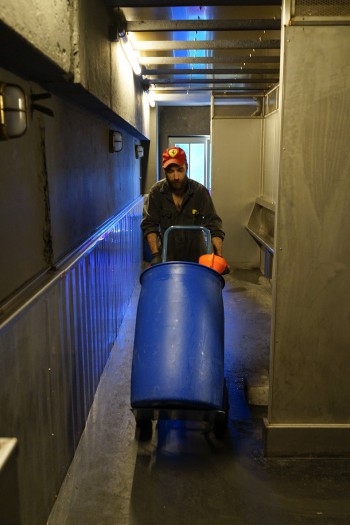 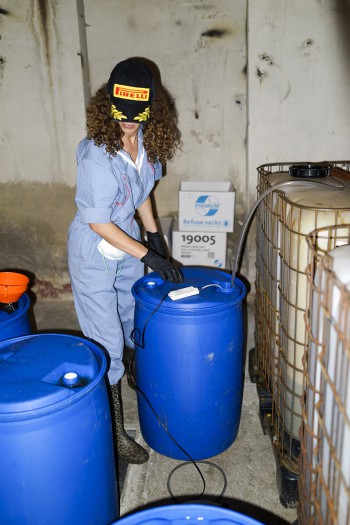 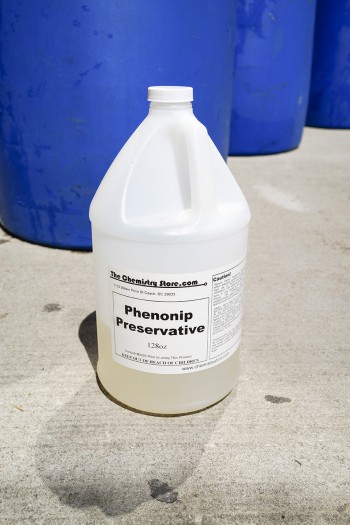 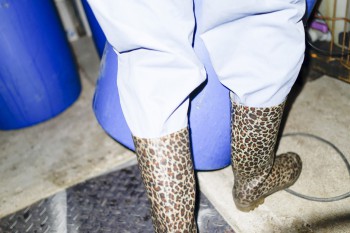 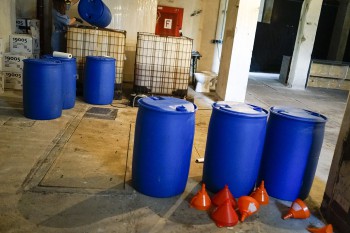 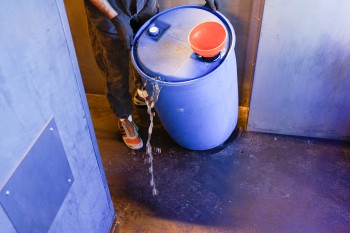 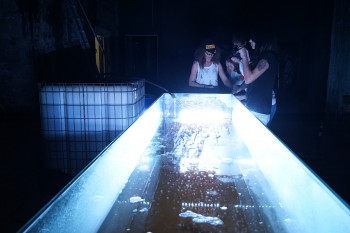 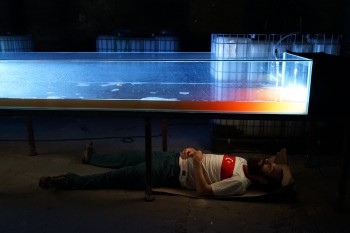 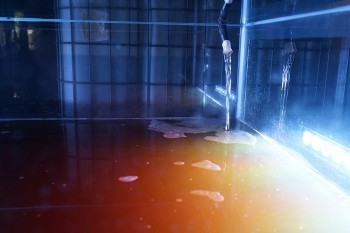 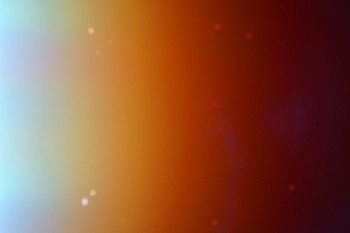 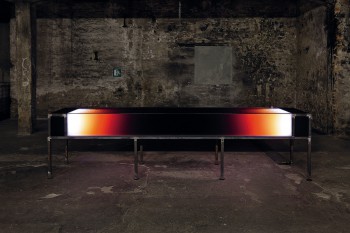 The continuation of her earlier works is the project Seeing Double in which the hero encounters shamanic rituals that clash with modern western capitalist values. But as always, the western longing for reunion with nature and spiritual experiences turns out to be a consumable good among others, in this case possessed by capitalist spirits, behaving like any other spirits. During her six month residency at MARSO in Mexico City Schoenfeld displayed installations that examine the distinctions between Western and indigenous perspectives on healing. Her favorite piece in the exhibition was the shamans coat, a printed spaceship on a fur. 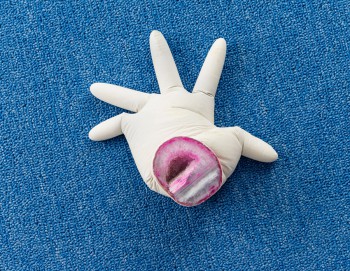 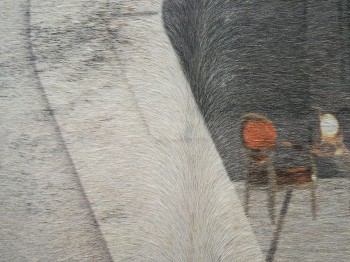 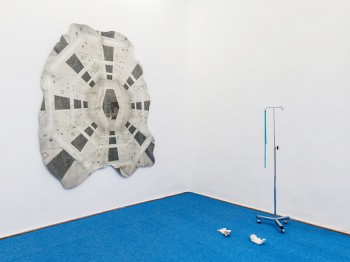 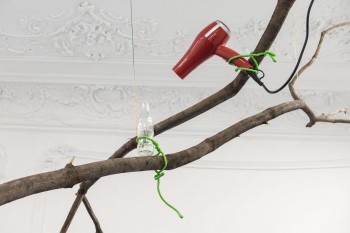 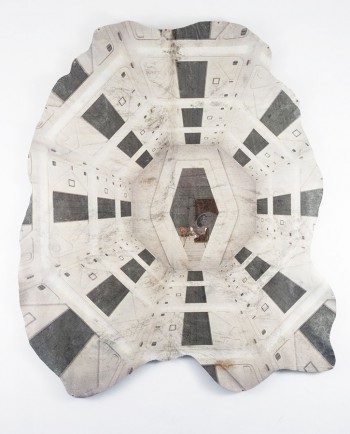 Berghain: Art in the Club

Berghain: Art in the Club traces the ongoing dialogue of visual art, music, architecture, human bodies and minds. Through illustrations, photos, interviews and conversations with the enlisted artists, stories, essays and poems in both German and English, this book shines some light on Berghain’s aesthetics, its workers and artists. 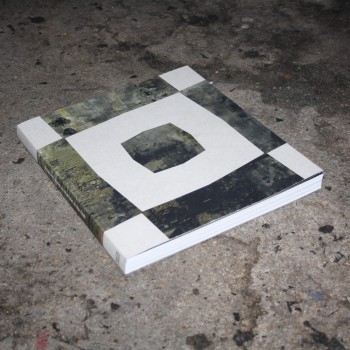 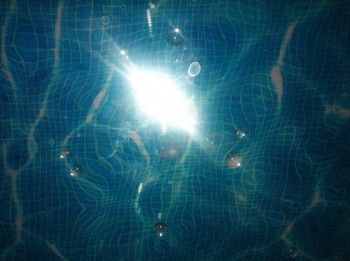 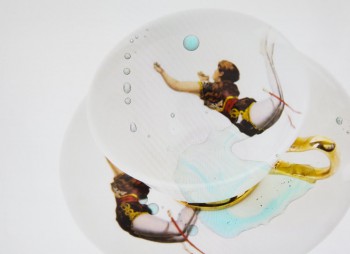 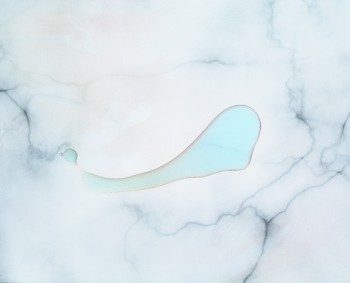 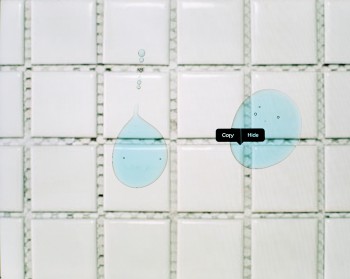 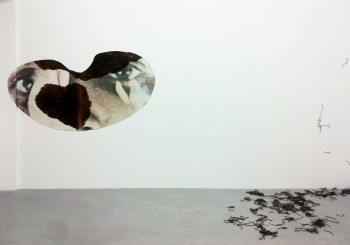 Sarah Ancelle Schönfeld’s exhibition – intended as a cultivated break and rupture in the texture of perception, a tea time – is an oracle for digital existence. She has rearranged objects, truths and other given conditions into a suggestion of possible other, or parallel, realities made available for interpretation. Black holes are invisible to the human eye, no light can escape their gravitational pull and gravity is one of the hints towards their assumed existence. When an object gets swallowed by a black hole, its information is stored on the event horizon. Eventually this information evaporates into new or parallel universes through a process called Hawking Radiation.

Schönfeld invites us to contemplate the suggestion of planet earth as a black hole, where all planetary matter has been swallowed and stored as information on the event horizon. We exist in this data storage, which will be eventually rejected by the evaporation process into other worlds and galaxies.
What to expect from these other worlds? How can we, inside the data storage that is our world, prepare ourselves for being evaporated? How can we hover around in the universe as blurry information tanks, unable to use that information, that we are, for any practical purpose? How to navigate? How and with whom to communicate?

The works of Sarah Ancelle Schönfeld could be seen as multi-linear navigational devices for an expected time after evaporation, reframing human culture, nature and cosmologies, by using liquid cleaning products as light bending gravitational lenses, shamans coats as traveling options and linguine di seppia as coded messages from as yet unknown neighbours.