I want to tell you guys a story about the different people I met this past year. I want people to feel the same emotions I did in an attempt to make you guys understand a concept which can be very difficult to grasp.

It was June 28th, I had gone to a café near my condo to get some fresh air because I felt a bit anxious and claustrophobic that morning. Suddenly, I receive a text from a friend asking where I was, she appeared to have some devastating news for me. After receiving the news, I felt emotionless, I didn’t know if I was upset, if I was angry, I just couldn’t believe what I was going through. My friend continuously tried to convince me that what happened was real, that I needed time to heal but I would eventually get over it because I was a strong girl. Why would she make me believe something that was so absurd? I can’t believe something until I know it is 100% real, no matter who tells me. At that moment; all I needed was 5 more minutes with her, 5 more minutes to feel normal before coming to terms with what happened, 5 more minutes in my own world before I had to return to the dark place, she was the 5 minutes I had to myself left before I had to force myself to accept something so tragic had happened to me. It was a strange feeling because I felt safe with the person, but the safety net wasn’t real, it was just me blocking myself from the real world. Her name was Denial, she taught me one important thing about myself, the mind doesn’t always process something until the body does. That’s why sometimes you have a delayed reaction to news because your mind and body are not in tune with each other. 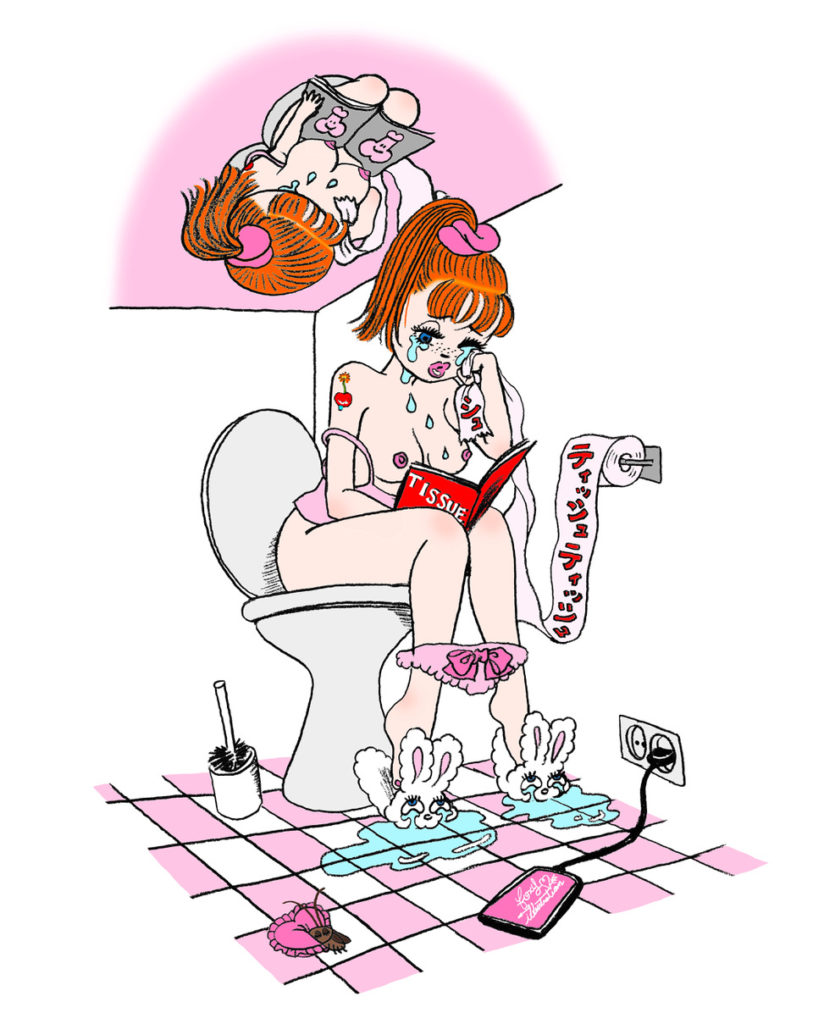 On the 7th of July, I met a man who ignited a fire in me I didn’t even know existed. I had bad thoughts, I was a nice girl but I never even knew I was capable of being mean. After I met him I was extremely insecure, I would lash out on anybody simply because I had so many emotions rushing through my head, I didn’t know where or how to dispose of them. I was too young and too underdeveloped to know how to process my emotions carefully, therefore I repressed everything and let them out slowly in balls of anger. He turned me into a person I never want to become again. Instead of him to teach me where to put all my emotions, he simply made me such a miserable person, I was so difficult to be around because of him, and when anybody else tried to help me, I would throw him at their faces, not only was he toxic for me but he made me extremely toxic towards others around me. His name was Anger, he wasn’t a good person, all he was good for was giving me an outlet to express my emotions in a completely inappropriate way. After he came into my life, I had no one else, they say don’t bite the hand that feeds you but that’s what I spent weeks doing until I found myself alone and he could no longer help me get out of the mess I had made.

It was late August, fall had just begun, leaves falling from trees, breeze cooling the back of my neck, days getting shorter and nights getting longer. I had finally let go of Anger after all the damage he had left me. Regardless, there was still a sense of turmoil in my life which was too late to repair. I met this young boy who followed me around for the rest of the summer. He was very tricky, an only child who wouldn’t take no for an answer. I found myself become this young boy. I started to relieve my trauma which happened earlier this summer and tried to reverse the chaos it had caused in my life and the effects it had on me. I tried begging people to come back into my life, I started begging for a second chance, I did everything I could to try and make things right. Everybody kept on telling me to stop begging, nothing I could do would make it better, I didn’t believe them for a second, I continued trying to find solutions. I was looking to make a truce at any cost, as long as it would mean I could get my way. The little boy’s name was Bargaining, my relationship dynamic with him felt a lot like the one I had with Denial in a way; because instead of accepting the truth of what had happened to me, I tried to believe there was an alternative, that it wasn’t real and everything could be fixed with the whip of a magic wand.

It was in beginning of September, I had a horrible summer, all I could think was it only goes up from here but I guess I was very wrong. Suddenly I met this person, he changed my perspective on everything, he made me feel something I had never felt before. In hindsight, I wish we had never crossed paths. He was a very negative influence in my life, one of those people your parents, teachers and friends warn you about, they tell you countless stories of how people would meet him and have their lives ruined, some to the point they needed special care. Everyone warns you not to fall into his trap because there is no way out. When we started speaking I noticed his love was extremely consuming, which was the first red flag. I would spend days thinking about him. I can’t count the number of things he made me do; from avoiding seeing my loved ones and going out to starving myself because he convinced me I didn’t have an appetite. He brought me down every day, it felt like a weight carrying me to the bottom of the ocean, he best word to describe my experience would have been utter hopelessness. His name was Depression, eventually I had to build myself up and make myself strong so I could be healthy enough to let go of him because I was simply using his love to hurt myself.

Today is December 16th, everything that happened this summer feels like a blur. I have grown so much as a person that I don’t even recognise myself. After I met her I felt as though a weight was lifted off my shoulder, as if I had finally come to terms with everything that denial had told me wasn’t true. She smelled like fresh air and dependability. She was my favourite person in this journey because she made me realise there was more to life than what had happened to me. The world will always go on without you, you must find ways to cope with your trauma in order to be in a better place. It wasn’t like I was Ok or happy with what had happened, but she led me towards the path of accepting everything for what it was and moving on with my life without looking back or causing even more damage. I felt like I had been drowning but she finally pulled me back up to get some air, I finally felt like I was living again. Her name was Acceptance, she taught me a better side of life. I am forever grateful for the impact she had on me and that she pulled me out of a dark place in order to fully complete my journey to recognising I was going through the loss of love. Although I knew I could never replace the love I lost a home for, I had a better understanding of all the things I had gone through this past year. 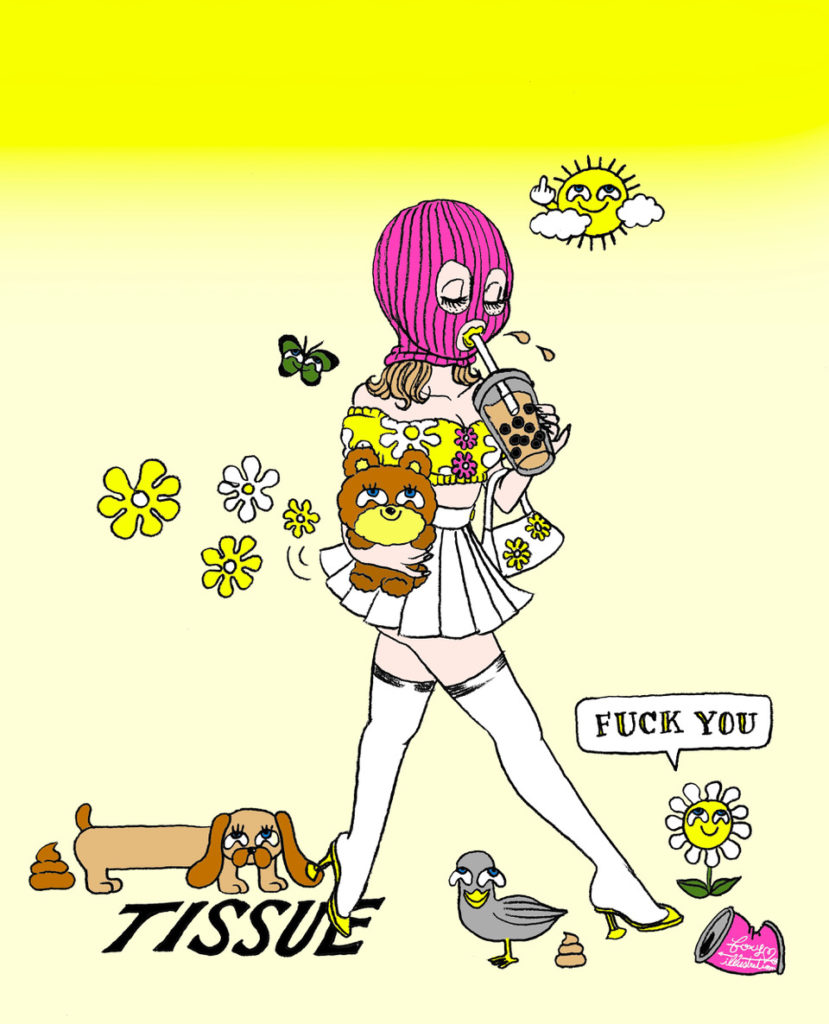 When I finally matured, I realised each of these people belonged to the same family; GRIEF. Each person I had met at a different stage of life had taught me a different stage of grief. If you don’t know what the Kübler-Ross model is you will probably never know what stage of grief you are going through at a given moment in time. When you go through a tragic event in your life you grieve, almost everyone has lost a loved one, lost a job, had a lover walk away from them. All of these people have one thing in common, they had so much love but not a single home to put it in. Grief isn’t the loss of love, grief is more the loss of the place you would pour your love into. You can never replace a connection made with someone nor can you replace the home where the love stayed, all you can do is heal in a way that will change your mind-set and viewpoint on grief in order to accept whatever loss took place. It is something that every single human; needs to experience in order to grow, the more you run away from it, the more you repress and delay your healing.