Admittedly we are far from being objective when it comes to 18+ since the LA/NY-based duo did not knowingly provide us with the perfect soundtrack for our weekly meetings and summerly joyrides. No more words needed to give you an idea of how excited we were when Samia and Justin accepted our invitation to join us for our 3rd radio show at Berlin Community Radio right before their gig at Berlin Pop-Kultur Festival. 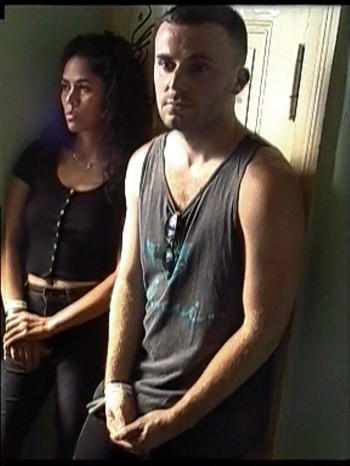 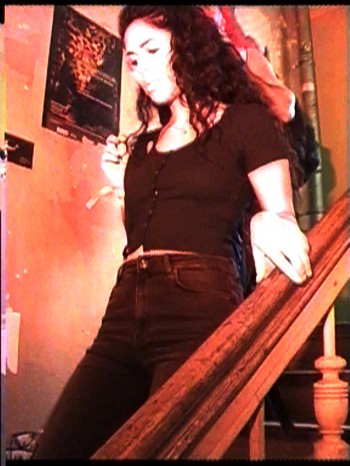 With almost one hour delay, being live on air, they finally entered the studio just to find our editor in chief sweating and wetting his pants. Thanks to our partner in crime Sarah Schoenfeld they quickly put flesh to the bone leaking that 18+ will release their second album next year taking the musical component of their work more in focus.

Due to this change they will no longer produce their own video footage but instead collaborate with artists from all over the globe. The upshot of a following philosophical discussion about how much the need to reinvent, or remodel one self is forced upon artists of the 21st century was that Schoenfeld and 18+ both agreed on the fact that being an artist it’s sometimes necessary to intentionally limit the audience. 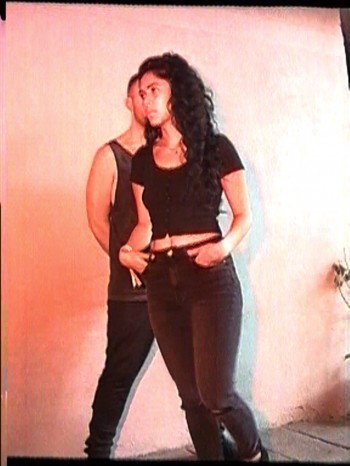 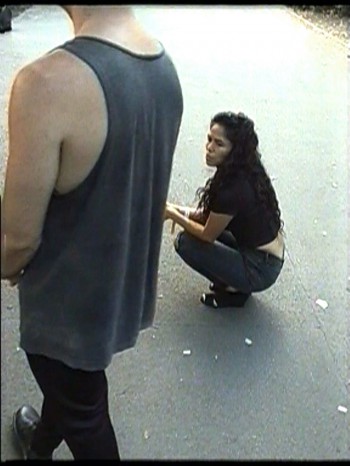 As a faithful follower of TISSUE Magazine, feel honored to consider yourself as part of this super exclusive audience. And for those of you who are still living on the dark side of the moon and don’t have a clue who 18+ are you better do your homework:

The 28th of August was the official release date of „They Remixes“ a remix series featuring befriended artists of 18+. Trying to categorize 18+’s musical style critics came up with the genre Shadowy-R’n’B. But what Justin and Samia produce is rather a collage than music since they blur the edges between music, visual art and performance using youtube, chatrooms, emojis and webcam-style aesthetics.

A discourse about contemporary phenomena of the digital age is pervading through all their works. They approach topics like identity, sexuality and the private/public distinction with the means of deconstruction. When they started producing their first songs they put out videos that soon spread through the online underground but since they felt like there is no need to attach personalities to their musical pieces all the public got to know about them was two anonymous avatars. Their hyperrealistic videos use the technique of sampling and so does their music. A seductive fragility is present in Justin’s and Samia’s voices that is attracting and at the same hinting at a darker side where danger is lurking. Even though their lyrics are highly sexual they are not obscene in any sense since Justin and Samia rather appear to be two shy kids leaving their comfort zone.

Knowing this, you can imagine how the industrial cocktail of concrete and steel that gives the Berghain its unique character was able to transport the vibes of 18+. An oversized video screen provided the visual component which almost killed our editor in chief with a feeling of Gänsehaut and made our photographer Timothy Schaumburg fall in love with Samia. Being at the Berlin Pop-Kultur Festival at Berghain was definitely a better experience than sleeping in a tent and using pooped dixie toilets.