It’s funny how things come together sometimes. I got to know Argentinian dancer and performer Cecilia Bengolea through a message she sent me on Facebook. She said she liked my tattoos, especially the one that reads ‘eat acid see god’, and asked if I could get her some LSD while she was staying in Berlin. I couldn’t, but we still had a good time meeting there, and again at the Kampnagel International Summer Festival in Hamburg in 2017. It’s our pleasure to finally feature her in TISSUE’s ‘Natural Born’ section. What was supposed to be a classic interview turned into a short lecture on Cecilia’s dance history. No further questions asked. 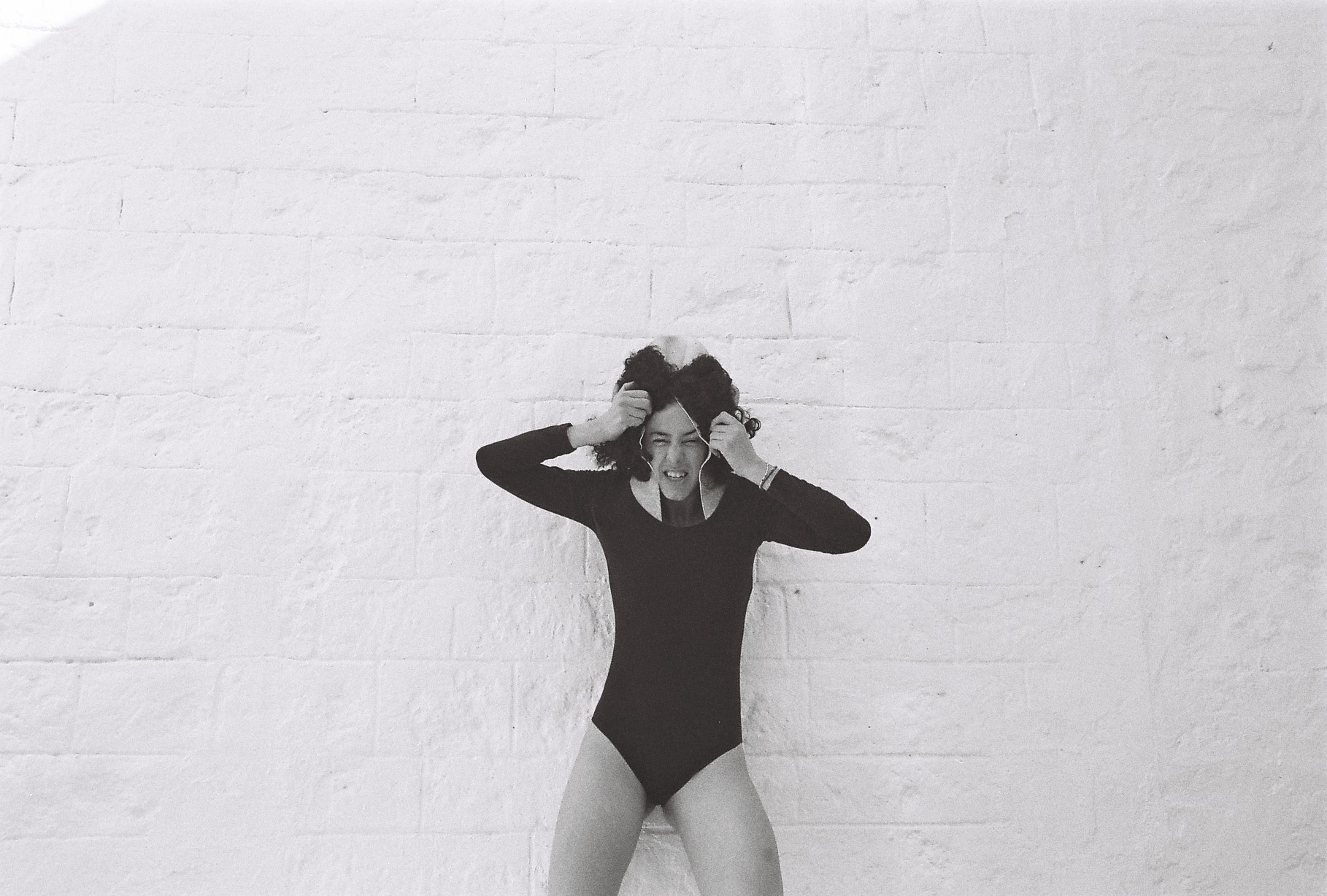 I grew up in Argentina and studied cinema there. I was interested in so many different things, but I didn’t know what to do with my life. Early on, when I was around 13, I was doing a lot of jazz and street dance. Mainly to have fun with friends. We also participated in dance competitions on TV and that was cool. Later on, I discovered a group that was doing esoteric dances rooted in ancient rituals from Bolivia, Japan and India. These little-known practices are magical because they involve breathing techniques which give the dance meditative elements. I liked that a lot. It allows a community to create situations together. Back then, drugs played a huge role. Teenagers would try every drug they could, and these dances were like a daytime drug to me, as they allowed me to enter a different state of consciousness. They helped me to focus and stay concentrated — something I was never good at university. I realised the magic could be in our minds if we used special ways of concentrating.

When I was 18, I went to Mexico for two months and had my first experience with magic mushrooms. It was strong and visionary and it helped me decide that I wanted to take dancing more seriously. When I was invited to join a dance group from Basel, Switzerland, I went to Europe and stayed.

I came to Europe and started modern and contemporary ballet, as this is the tradition in Europe. I studied all those dances in Salzburg from 2003 to 2004, but I still do not consider myself an academic but more of an autodidact. Afterwards, I attended schools in Montpellier and Brussels before going to Paris.

Due to the wave of purism and minimalism in New York in the 1970s, dancing became more abstract and there was no performance of sexuality, gender or emotions. Then in the 1990s and the early 2000s, the New York influenced No Dance movement reached France. Meanwhile, I was doing conceptual dance in the style of Jean Bel and Xavier Leroy in Paris. Their approach was to consider everything as dance, even the act of walking around or breaking a chair. But after a while, I was bored by this and realised that the abstract dance in New York and the conceptual dance in Paris were both moving strongly away from what actually interested me: a ritual form of dance that transformed my consciousness. I was performing sexual dances like stripteases, and I wanted to use my hypersexuality as a form of empowerment, so I stopped collaborating with choreographers altogether and started working on my own ideas. Then I met François Chaignaud. 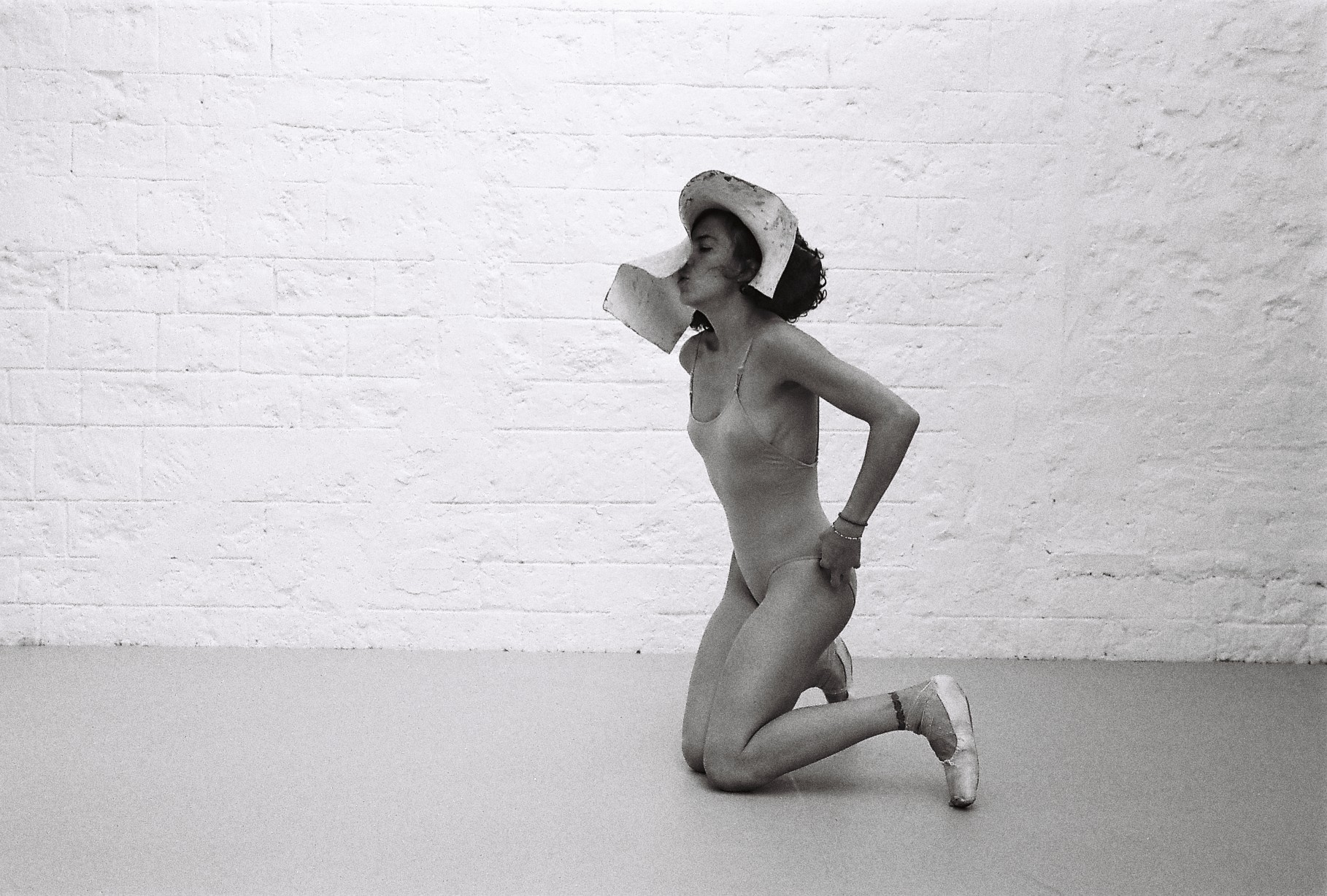 The general approach was to stimulate our bodies and to produce something from a situation. Inspired by very different dances, schools, information and education, we wanted to invent a new kind of education for our bodies. Pâquerette didn‘t stick around for long, as we moved on to different pieces. We created a performance in which we stayed inside vacuum black latex bags. The vacuum put our bodies under very high pressure comparable to being under water. We would stay inside of them as long as we could in order to forget everything we had learned, to find a new form of imagination, a new vision. We would even try to sleep in them, hoping not to react to the things that made us feel uncomfortable. The goal was to not respond to our past, but to our unconscious. Performing in the latex bags is similar to doing drugs.

It has now been 20 years since I had my first experience with magic mushrooms in Mexico, and two months ago, I went there again. This time it was very strong. I could feel every part of my body moving, from my bones, to my organs to my veins, and I hated the feeling of being out of control of my body, as this is something I am not used to. After two hours, the trip started transforming and went from my body to my mind. Performing in a vacuum latex bag is a similar feeling: I cannot forget that my body is in a state of danger because I cannot see anything. The only thing I can do is breathe through a pipe, and knowing that I will not be able to breathe if the pipe falls out is very scary. This is why I prefer not to do that performance in theatres anymore. It’s fine in galleries because you can tell the person next to you to open your bag, which is not possible on stage. I have to be able to relax and if I do, my mind brings up scary images that I cannot control, they just make my body move.

I currently stay in Kingston, Jamaica, and I am dancing and filming. I am filming interviews and dances for an installation that will be shown in a train station in Geneva for one year. It is a train station project by Jean Nouvel; the blueprint is from 100 years ago, but they didn’t start building it until now. There will be a long screening of many of my videos that I mixed using an algorithm, such as a real-time composition from over the last five years that I have been dancing and collaborating on with dancers here in Jamaica. I am very happy to have friends on this island. It is a place where women have a lot of control over their bodies and express themselves sexually and in terms of their humour. I feel very relaxed here and find myself laughing about things that are usually taboo in the public spaces of many societies. I am happy to sync with the world of dance here. I am currently focusing on dancing with the girls as they are very smart, extremely funny and self-deprecating. More than anything, the women are very specific when it comes to their imagination, while men’s imagination can work along rather abstract lines nowadays. Over the last two or three years, the female dancers like Pretty Pretty have started making their own choreographies and have generated a following over 200,000, while the following for most male groups has stayed at 10,000 to 20,000. You can see that girls have become very influential here.

It is beautiful to see the change. First I felt it was about men wanting to seduce women in Jamaica, but that has changed. The men have much less power right now. The girls are following girls. I still take lessons with men and they are my friends, but I am very happy that the girls are in a central position now. In Jamaica, everyone parties from Sunday to Thursday and the parties always used to be organized in a very specific way. Usually, to beginn with there would be melancholic music playing to commemorate the dead and celebrate those who are no longer with us. Then would come spiritual songs of everyday life that allowed people to arrive and hang out, followed by songs that everyone knows the steps to, so everyone can dance. After that the men would dance to faster and more aggressive songs with violent steps. At the end, the girls would have 10 songs to dance to. Now, this has been turned around drastically. Everyone is so interested in what the girls are doing. So they start the parties with the songs for the girls and the ones that everyone can dance to. The parties do not play many sad or even male songs anymore. Everyone wants to watch the girls because they are very strong in their humour and they own their bodies. I invited a cameraman from China to stay here for two to three weeks and he had never seen anything like it. The girls here cannot be stopped; it is impossible to control them when they get into their zone. I don’t think this exists anywhere else in the world. 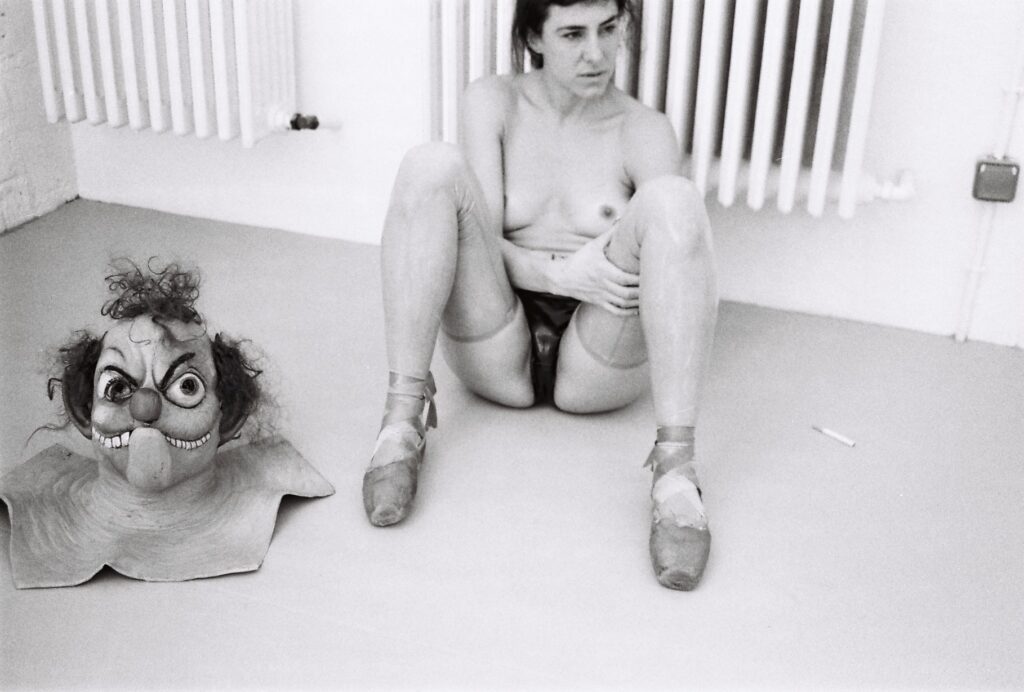