Delmes & Zander kick off the beginning of a new year with some face-value-fun yet seemingly harrowing work by Wesley Willis. The musician-come-artist is an interesting specimen. Having died at only 40 due to leukaemia, and previously diagnosed with paranoid schizophrenia, Wesley Willis’s creative work; both as a musician and an artist, is overtly child-like.

The works available to view at the up-coming exhibition appear as hastily sketched renditions of Chicago, during both day and night and elude a youthful quality, somewhat of innocence, otherwise of frustration.
(Please scroll down for more information) 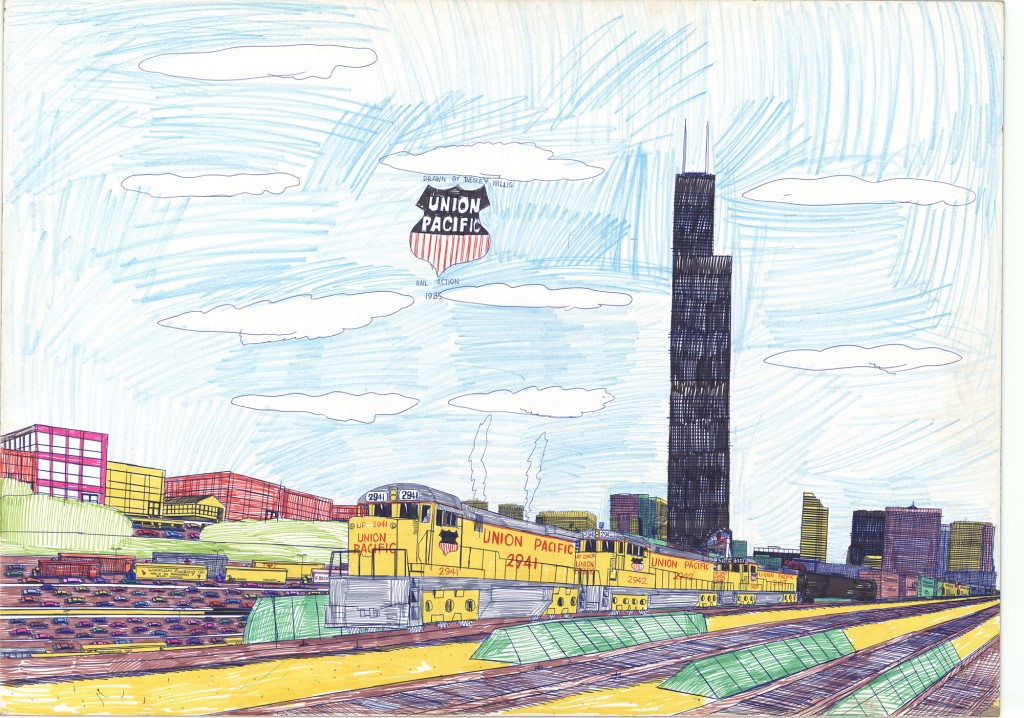 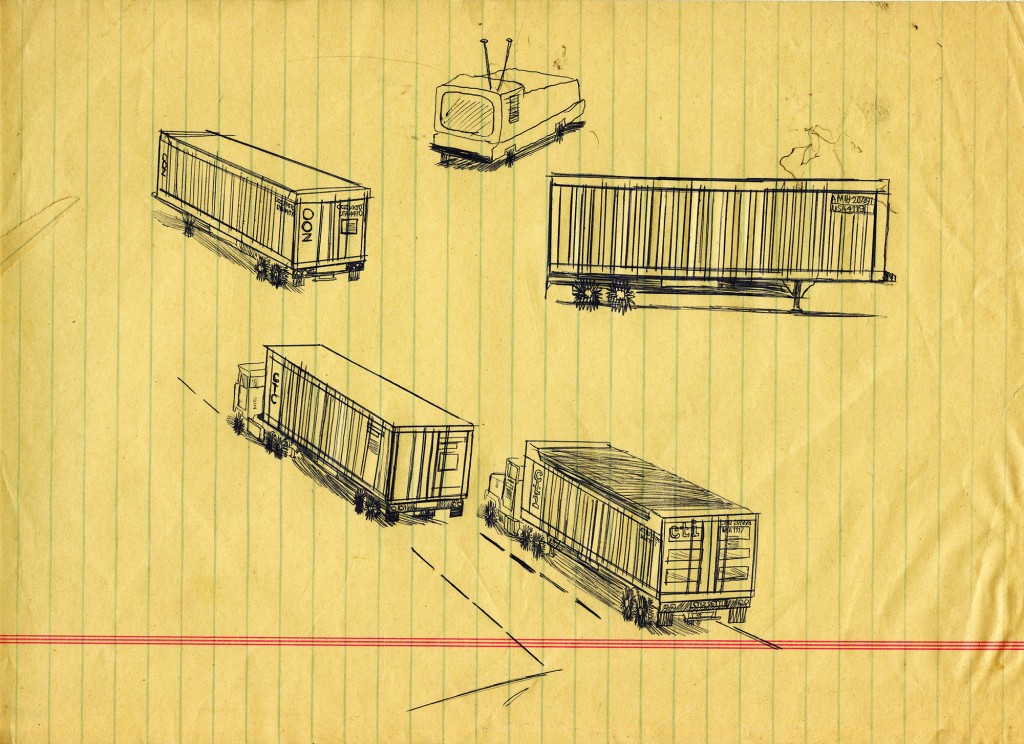 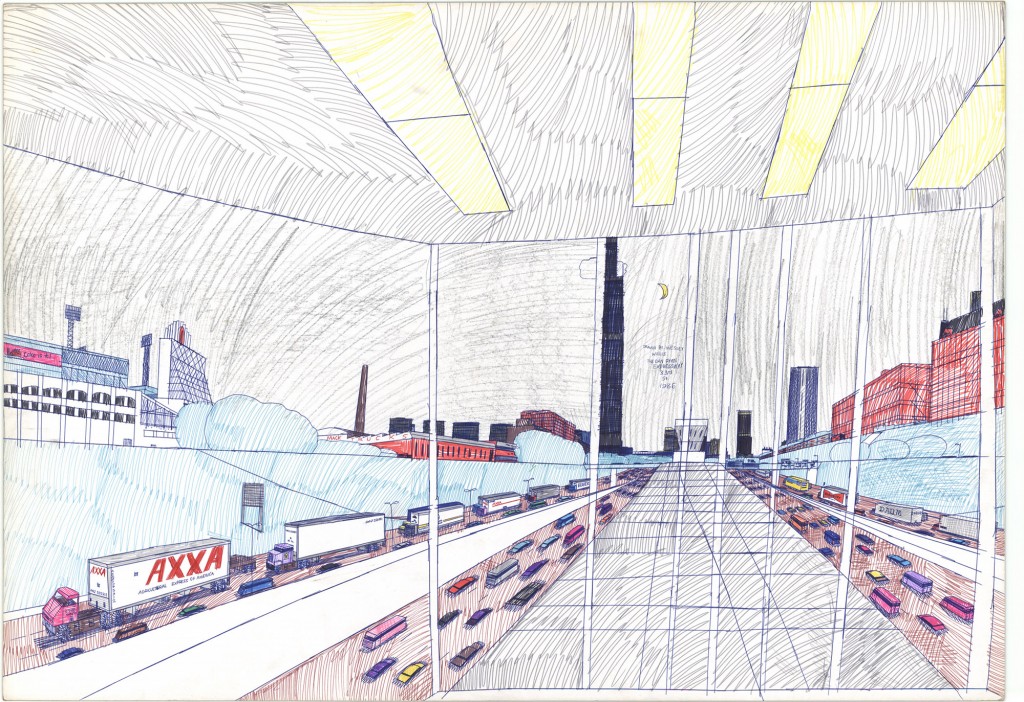 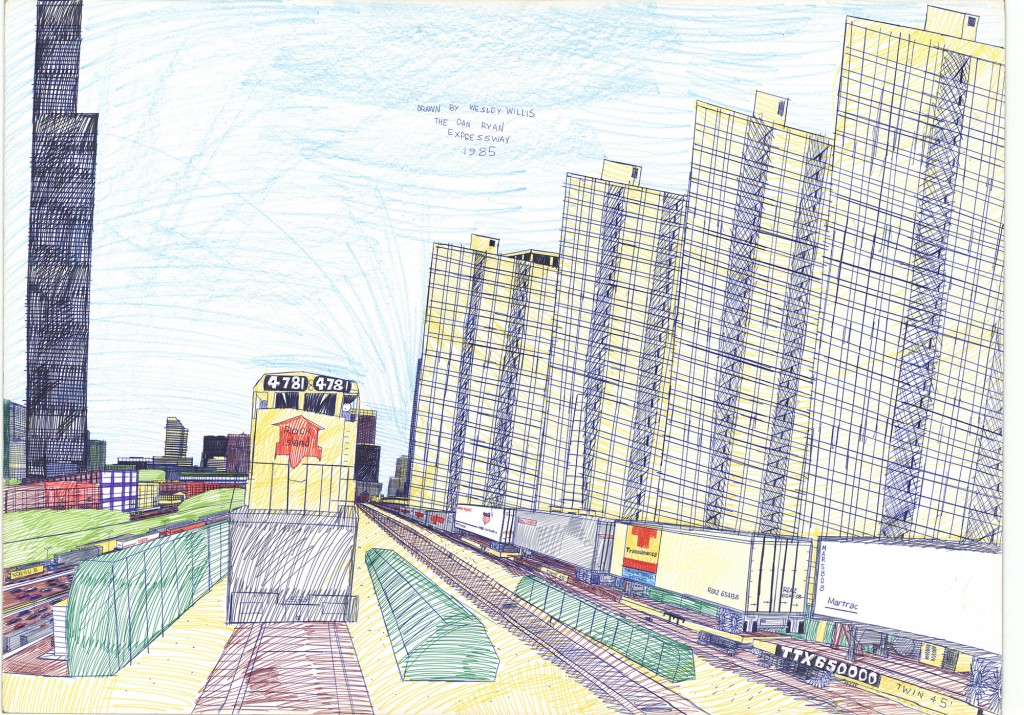 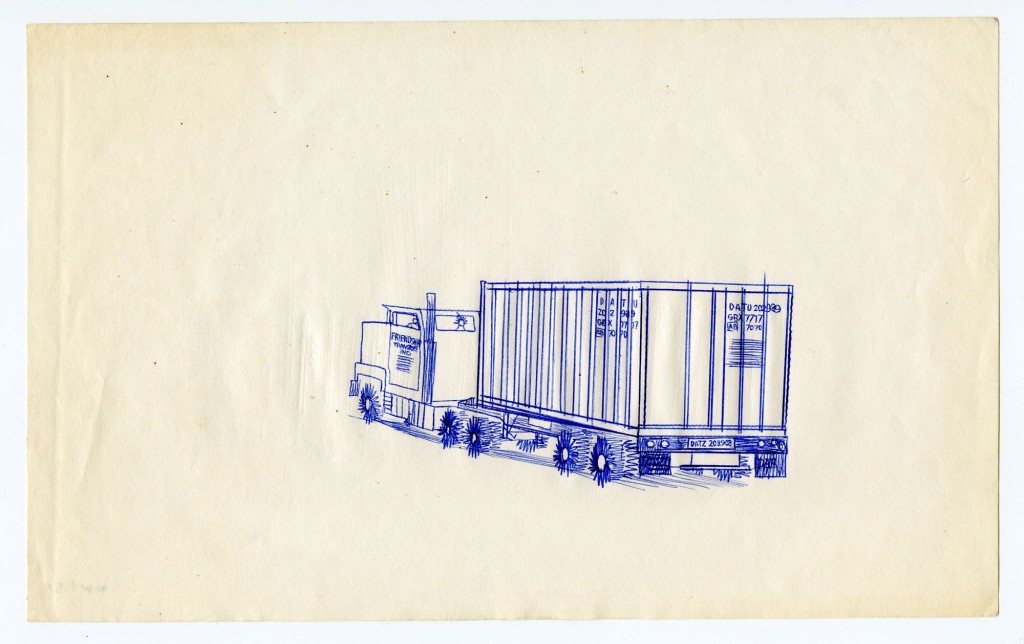 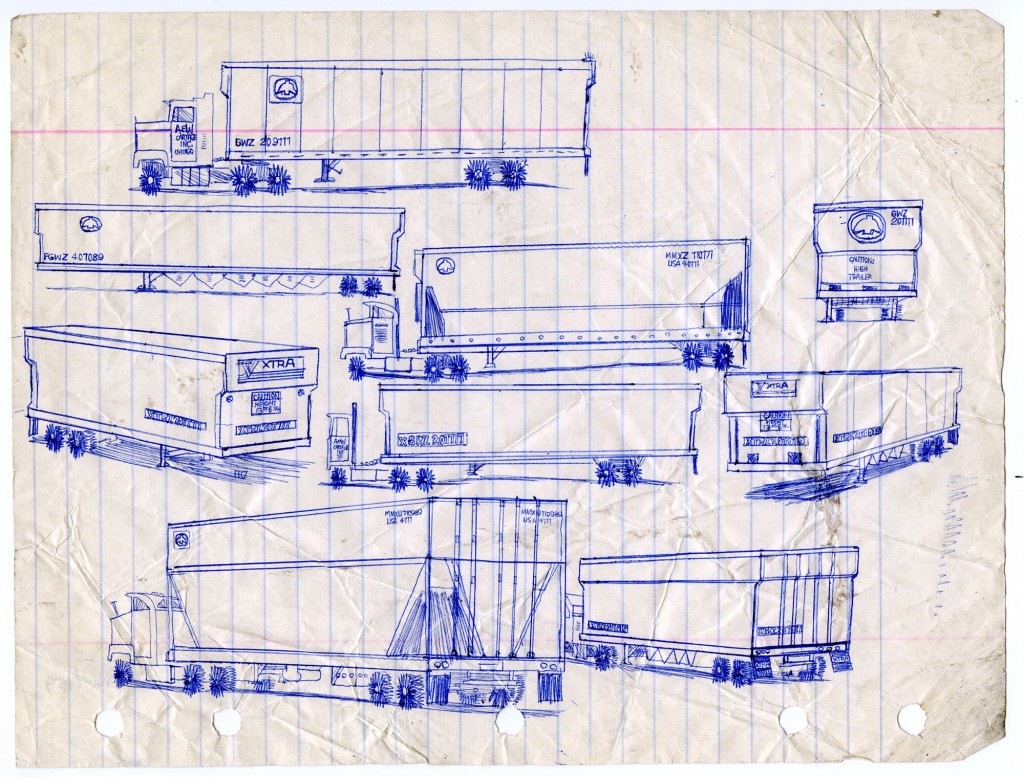 Willis’s use of medium also conforms to this (perhaps presupposed?) ethos of youthfulness. It seems Willis’s choice of utensil is the kind of stationary you’d find scattered around the tables of a messy pre-school: Cardboard, felt tips, coloured pencil, and ballpoint pen. The sketches themselves, at face value, appear rushed and wholly adolescent, using a fast scribbling technique to shade and colour, with no regard for traditional artistic technique; more what you were taught in school.

The images themselves are pleasing; as in the type of pleasure you get from a three year olds’ messy cat painting stamped to the front of the fridge. Initially they ask of you a smile, to indulge yourself in an innocent portrayal of an iconic city. Though looking more carefully, this sleepy haze of nostalgia pulls away, as you take note of an intrinsic, educated use of perspective. Like the initial feeling on waking up from a dream, you’re suddenly reminded of where you may be, and what’s to come, as these images challenge the viewer and asks of them to rid themselves of their pre-assumptions.

Like Ferris Bueller’s perhaps more high-tech rendition of a lewd nude, the sketches are adult, all at the same time as being young. The viewer asks more about the artist and questions his feeling towards the city – big, busy and bound. Bound by the edges of the cardboard, far shy of the stretches and reaches of the city itself; be it horizontal or vertical.

The way in which the images are decorated by colourful pencil and ball point pen emit a frustration with the city itself, with their rushed-ness and lack of direction. It feels as if Willis frantically sat slumped over the cardboard, turning it as he pleased in order to complete his work with haste, as if a child in school, desperate for recess.

Perhaps reading too deeply, it feels apparent that Willis’s speed, almost desperation to complete the work is not simply a reflection on how he views the city, but more, perhaps a need and desire to rid himself of this ‘demons’ and focus wholly, if agitatedly, on something far less challenging, simple and easy.

Though apparently dark and loaded with something more, the images themselves stand alone as innocent and harmless. They invite the viewer to gleam into them, perhaps take a smile away from them, take something positive from an image which is conflictingly delusional of what it was created from.