Viennese art collective A.activities reclaims the subway in a seriously good-looking act of civil disobedience. Talking about seriousness, it was quite hard to get a hold of them for TISSUE N°3 – their security precautions were no joke. 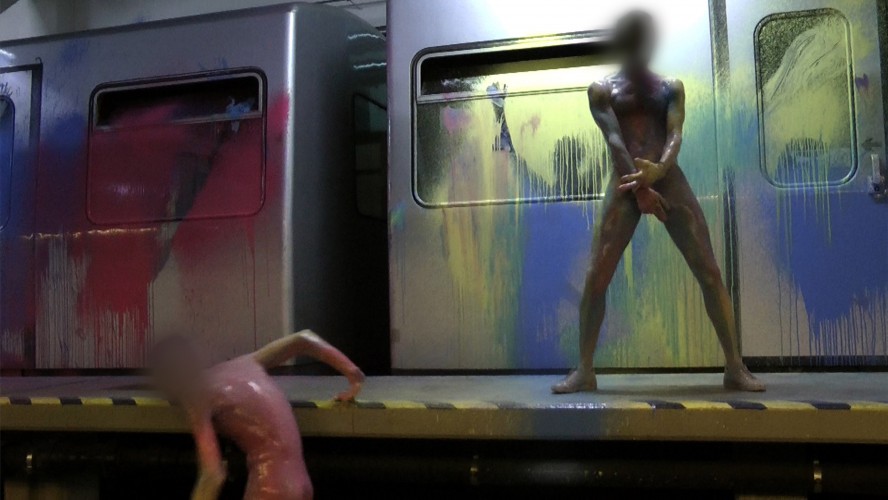 «The subway is a powerful symbol. In graffiti culture, the subway has a mythological status as a hard to reach target, and a reminder of graffiti’s origins on the New York public transit lines. For everyone else, the subway is something that belongs to the city’s inhabitants, something that we see and touch every day as we take the train. Still, the subway is out of reach. It is hidden away in tunnels under the city and protected by security, cameras and police. All contact with the subway follows an exact and constructed pattern and any movement out of that pattern is prohibited. As a media for painting, the subway is taboo.» 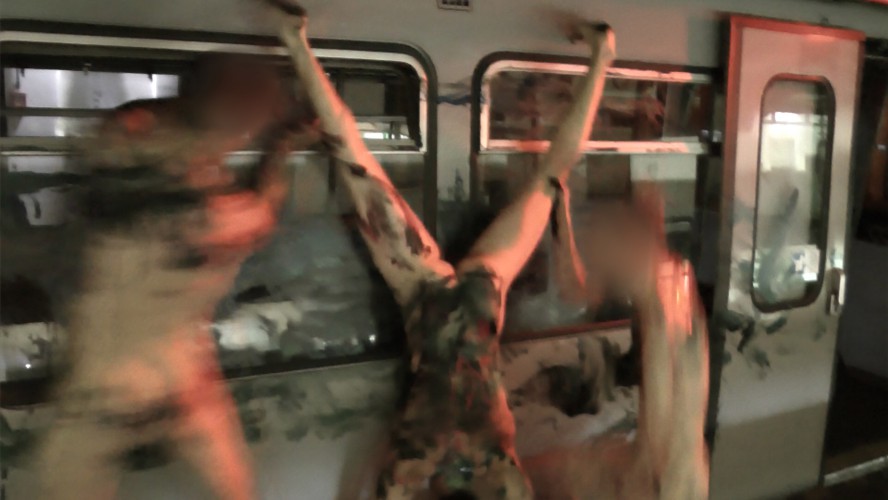 «In that moment, in that situation we were present as naked humans, vulnerable and exposed, among giant steel cars, surveillance systems and electric tracks, equipped with nothing but paint. On the spot, confronted with the untouchable subway, with our fears and the closed doors behind us, we left our traces along with a message that is simple and clear: We were here.» 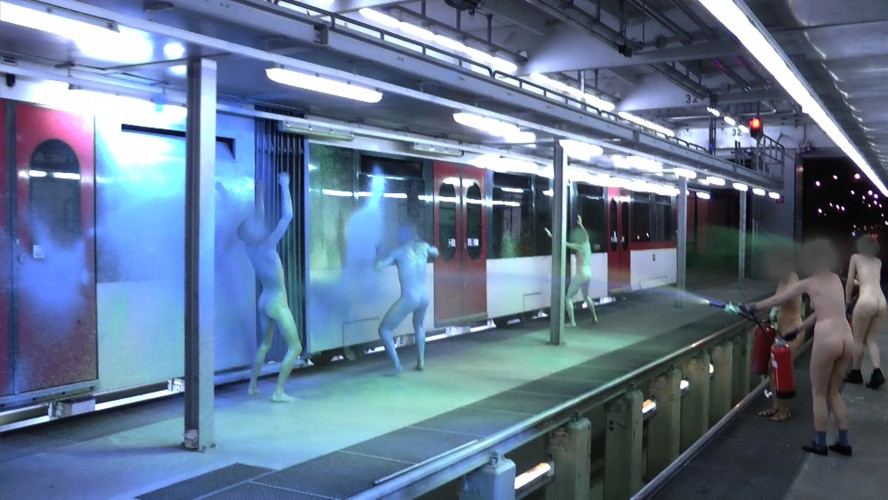 «The public transport authority treats the immaculacy of the trains as their highest priority. No subway will go into traffic with paint on it. By filming the act and publishing the video, we made sure that our traces will never disappear. It is our hope that anyone who has seen the images will keep them in their mind as they go on the subway. Our paintings may have never traveled the city, but they will travel through the internet and can be seen here in print forever.» — A.activities

“Generation central station, 30 year old kids still lost in transportation” is only one of the instant classic quotes which emerged from this performance of A.activities. References to Yves Klein as well as hardcore subway graffiti are equally obvious – and never have been merged before this clever and sexy.

Watch the whole video below. 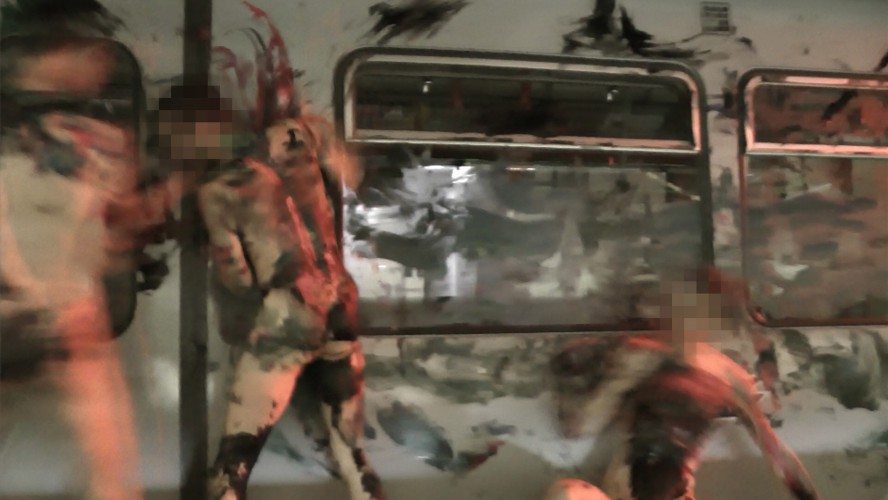 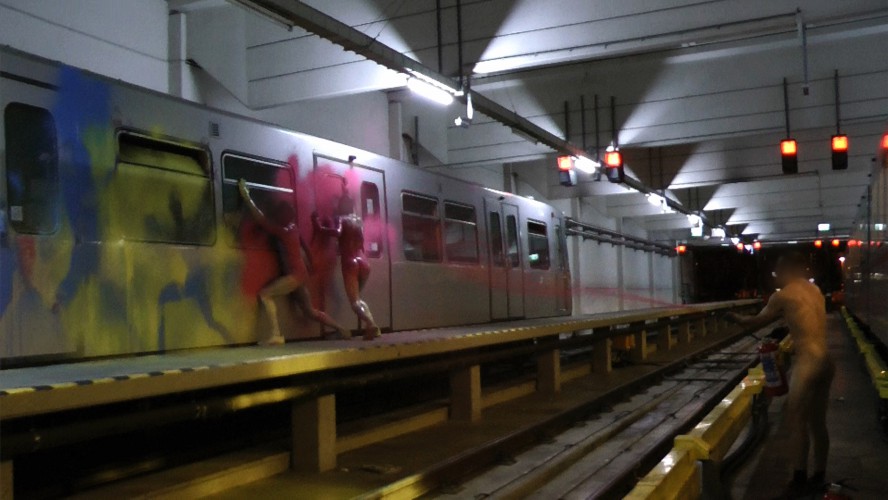 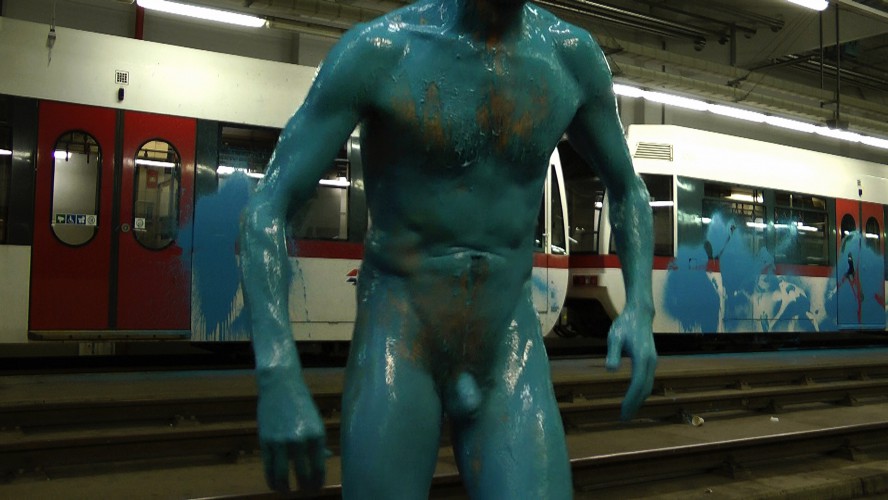 Love and Security from A.activities on Vimeo.

Click here to see Love and Security as it was featured in TISSUE N°3.