Fabian Fenk (The/Das) and Kieran Behan (crystalmafia) join forces after previous music video collaborations. For Somebody Is, the musician and filmmaker spent two weeks living inside a van moving up and down the coast of California and interacting with the homeless, witnessing and capturing their daily experiences and personal stories. Watch the video below. 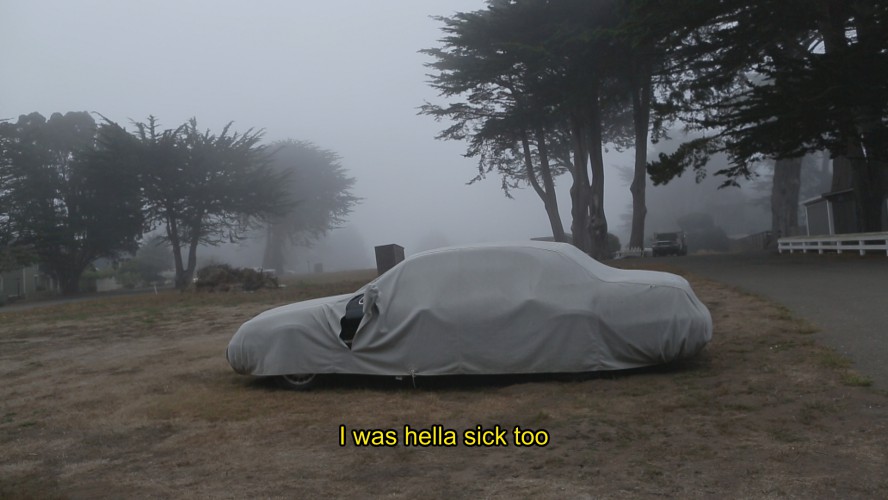 This car I bought in Fortsmith, Arkansas

and then I drove it down to Texas

I drove it down to Northern California last year

and then lived up there for a little while

and I couldn’t afford a place to live, like at all

I was hella sick too

and could not afford a place to live

so I lived in a little bitty travel trailer

all we really have to pay for is gas

our food is taken care of with food stamps

we camp for free!

I was always trying to compete with the big guys

but they always beat me up

they always left me dry.

I do fifty in one hand… I do a hundred.

The police call me Tony Montana.

I can run 10 blocks backwards right

and I can run here to Fisherman’s Wharf 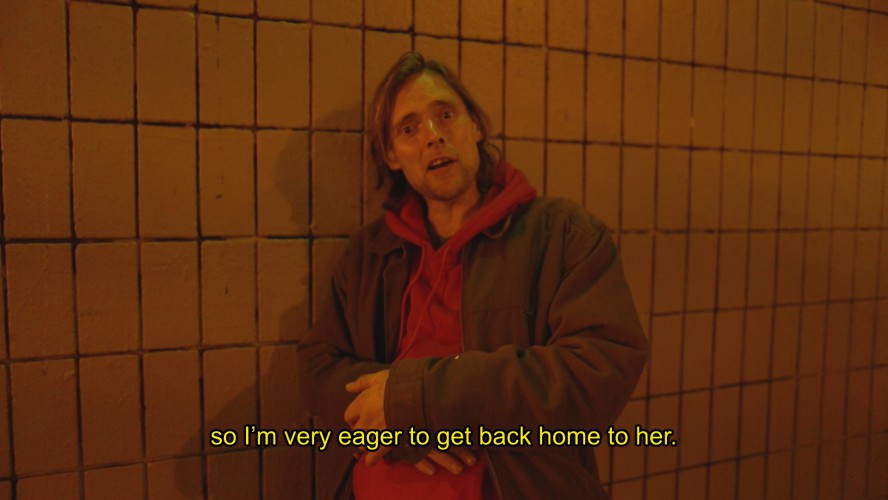 Me and my son’s mother had a falling out

and she kidnapped my son basically

and took off with him

and I wanna go back home to Memphis, Tennessee

so I’m very eager to get back home to her. 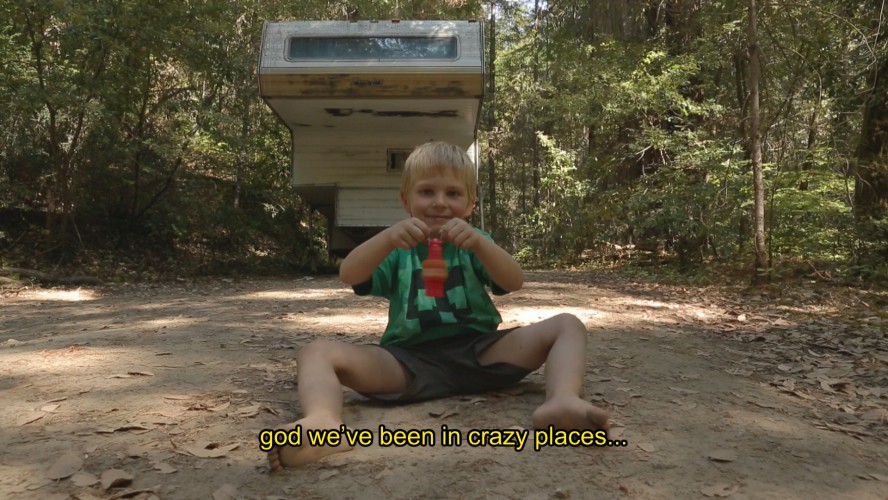 But no we camped um.. in Cloverdale

we went out to this Lake Sonoma

what time it is, you know, or anything

so it was like, labor day and then all the campgrounds were full

and then we went to the RV park in Cloverdale

god we’ve been in crazy places…

And you see, I got a job right there in Goodwill

to work, instead of getting a check from the government 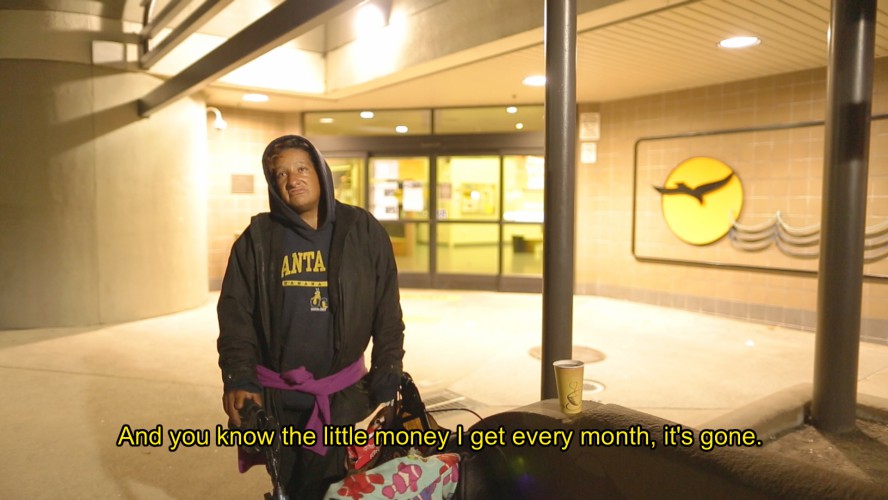 And you know the little money I get every month, it’s gone.

and everybody’s like ‘How come you never have anything?’

Well I have three kids I need that money! 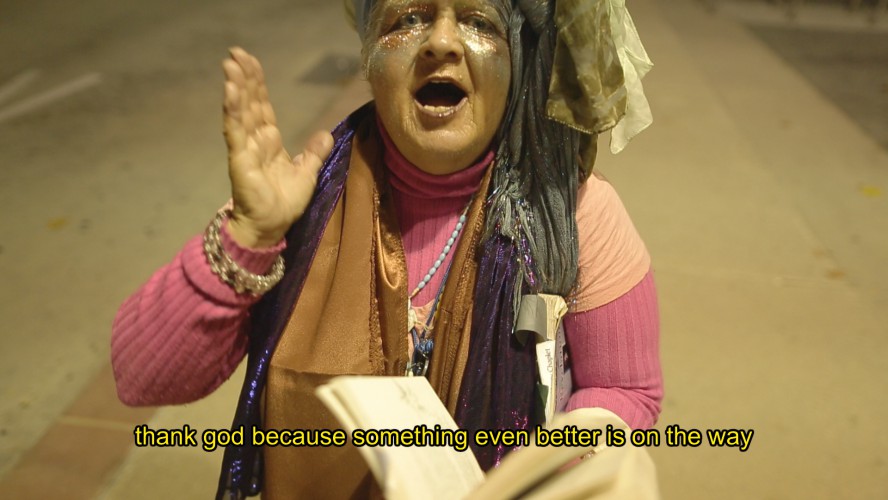 thanking everything that is in your life

What does that mean?

That means that when a tragedy happens

we thank god for it

thank god because something even better is on the way

as we know the angels are taking care of us. 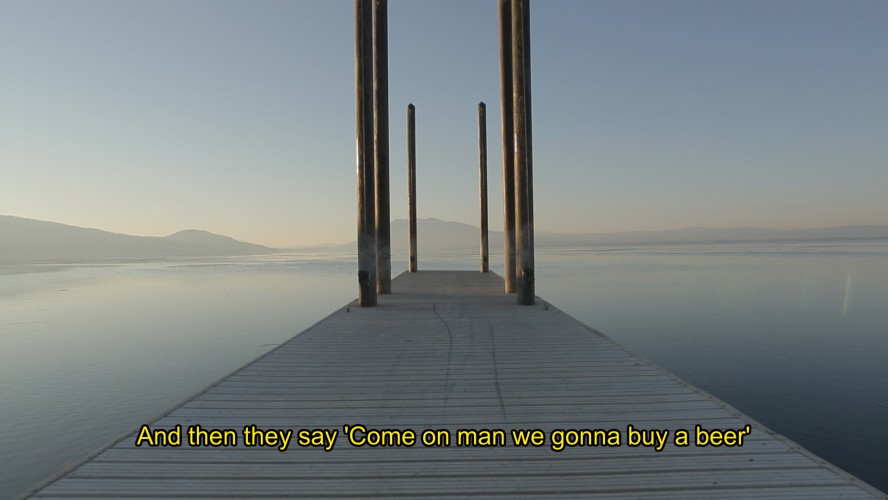 We run way over there

I get tired, they come back

they take my money out of my pocket. 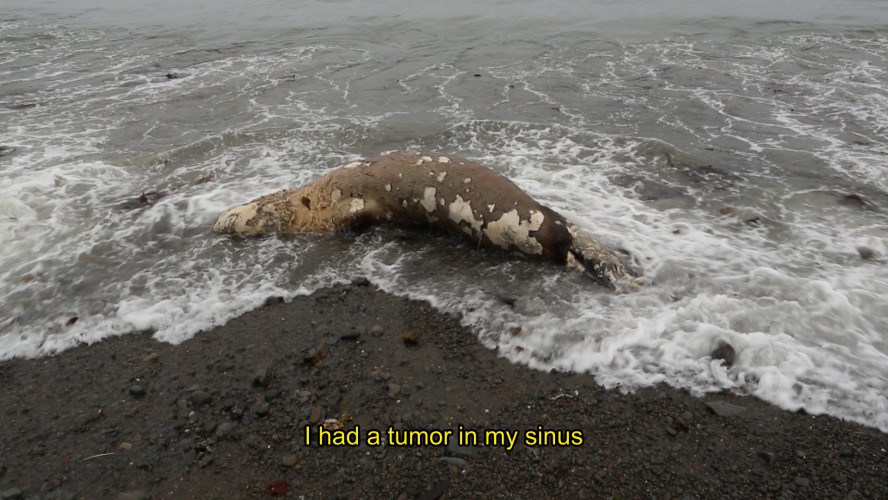 You’re not allowed to fly an airplane over the facility

because they are a government contractor.

They make things that go “ka-boom”

They had a cancer cluster up there.

Now, at the same time they had a cancer cluster up there

I had a tumor in my sinus

nine- tenths the size of my sinus.

My dog got the same kind of a tumor

only it killed her. 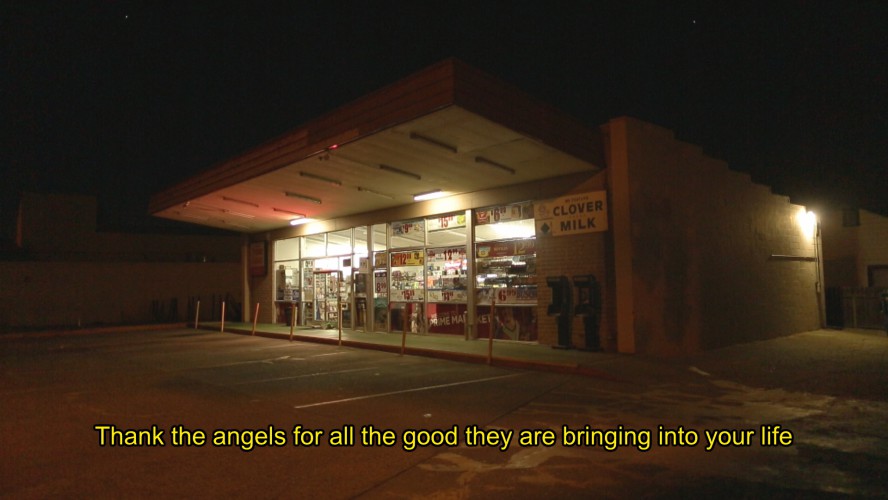 I continually pause in gratefulness for the amazing process of life. 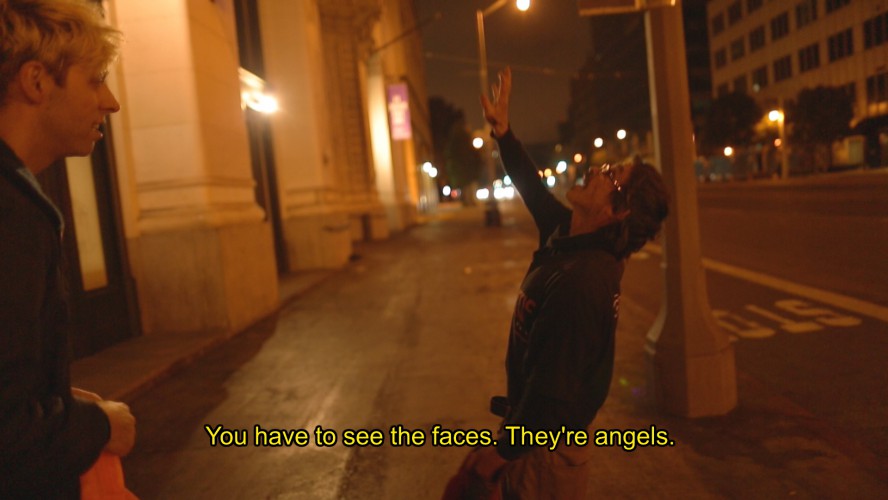 But look at the art!

See the art on the wall?

You have to see the faces. They’re angels.

These are people of modern Law. 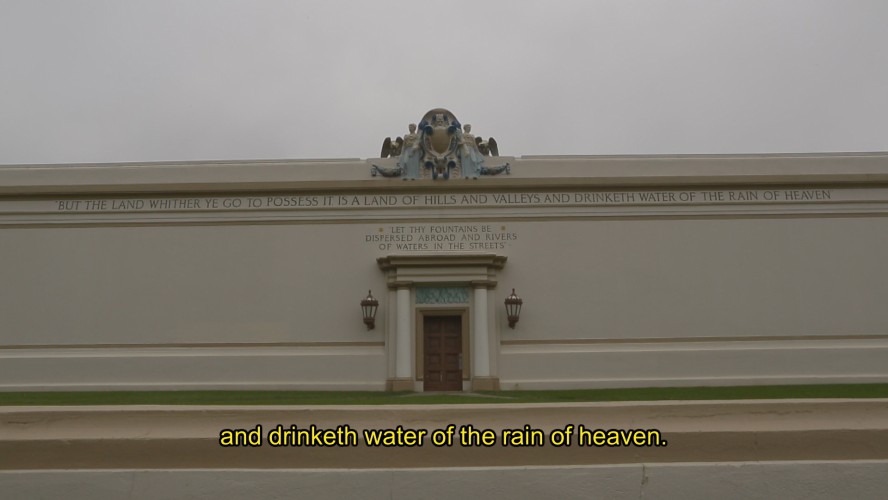 But the land wither ye go to possess it

is a land of hills and valleys

and drinketh the water of the rain of heaven.

Around the world, the homeless are treated as invisibles and go unseen. The media blackout on their plight is tremendous. Their existence is ignored by most passersby. They are dehumanized, and in our apathy, so are we.

Visibility, dialogue, and acknowledgment shift perspective from apathy to empathy and dignity. In feeling for each other we reawaken to our shared humanity, and remember that we all have a role to play in the cause of social change.

Change is systematic. We must protest peacefully through art, culture, and expression – by choosing to feel, hear, and see.

“Music, and song, we suggest, can maintain a movement even when it no longer has a visible presence in the form of organizations, leaders, and demonstrations, and can be a vital force in preparing the emergence of a new movement. Here the role and place of music needs to be interpreted through a broader framework in which tradition and ritual are understood as processes of identity and identification, as encoded and embodied forms of collective meaning and memory.”

Ron Eyerman and Andrew Jamison, in Music and Social Movements: Mobilizing Tradition in the Twentieth Century (1998) 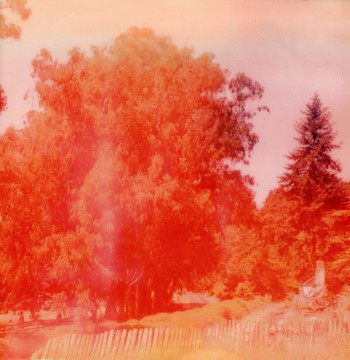 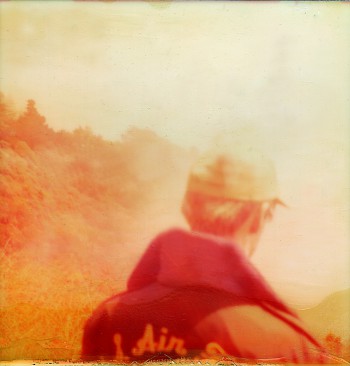 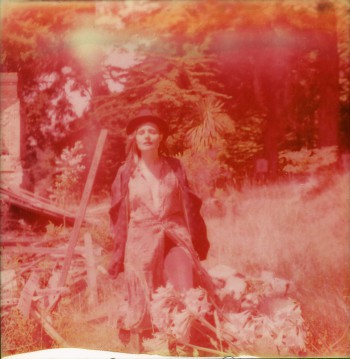 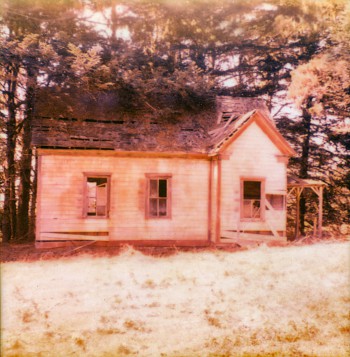 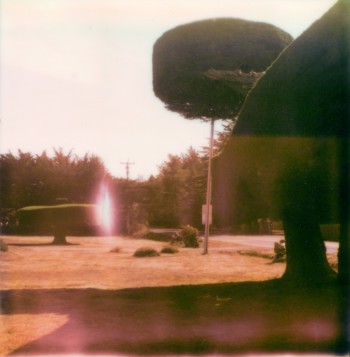 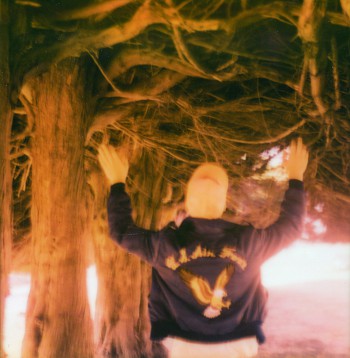 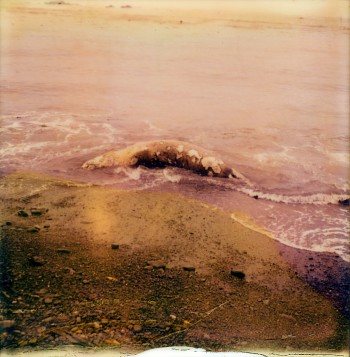 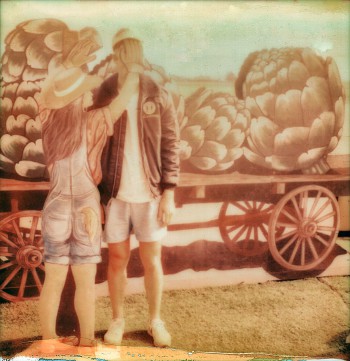 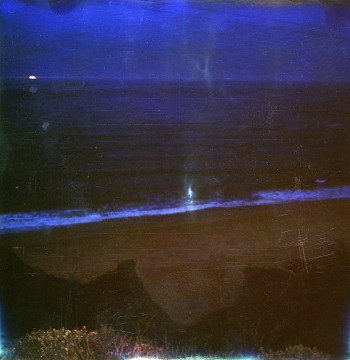 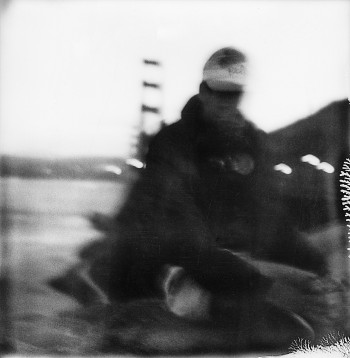 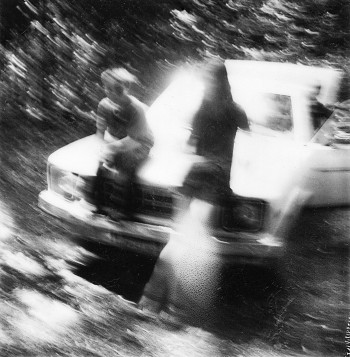 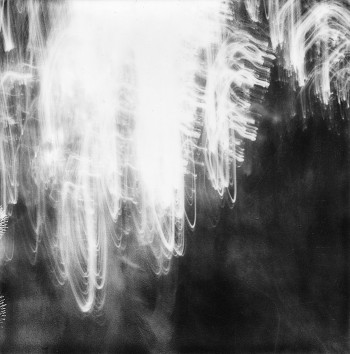