When Barnt isn’t having his tracks played at Chanel fashion shows – as happened with his dance floor stomper Geffen – he and his friends Jens-Uwe Beyer and Crato run the record label Magazine. A record label with such strong visuals, their disc covers are better than ketamine. No wonder they were picked up by book project Public Folder. And that’s just something (techno, buzz, books) we couldn’t resist for TISSUE N°3! 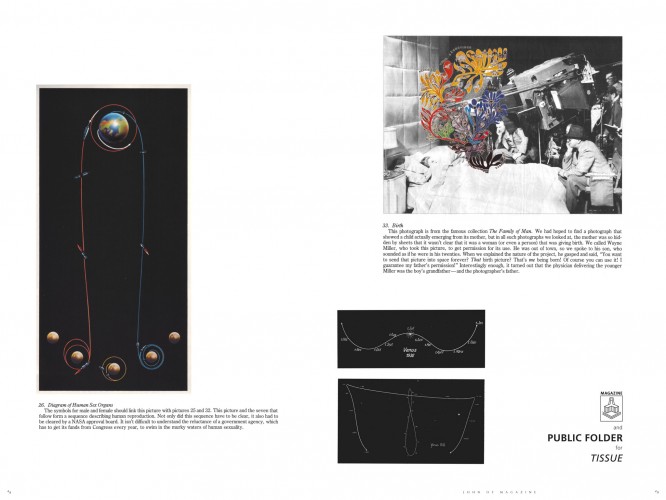 The Ludwig Forum in Aachen shows the total work of art of the label from December 5 till March 13, 2016. In this context Beyer released MAGAZINE 12 and the three founders gave their debut concert as MAGAZINE.