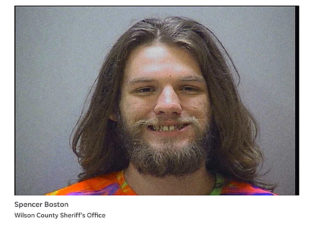 Spencer Alan Boston is the name behind the person who lit a joint infront of a judge at Wilson County courtroom (U.S.A) on January 27 this year. He appeared in court on a marijuana possession charge. “We deserve better” was his statement when he got removed by the sheriff with a second charge of simple possession and received ten days in prison. Boston apologized via his attorney Blake Kelley in February:

“Mr. Boston has willingly taken responsibility, paid his fine, done his time for his traffic violation and his Contempt of Court. He is apologetic to the Honorable Judge Haywood Barry for his peaceful, orderly protest in the Court of which Mr. Barry presides. Mr. Boston will continue to peacefully protest the unjust laws pertaining to a non-lethal medicinal herb.”

He was supposed to reappear in court on April 14. We don’t have any further information yet. Read our colleague Andy Humbles’ article published at tennessean.com/2020/02/12/spencer-boston-apologetic-marijuana-courtroom/